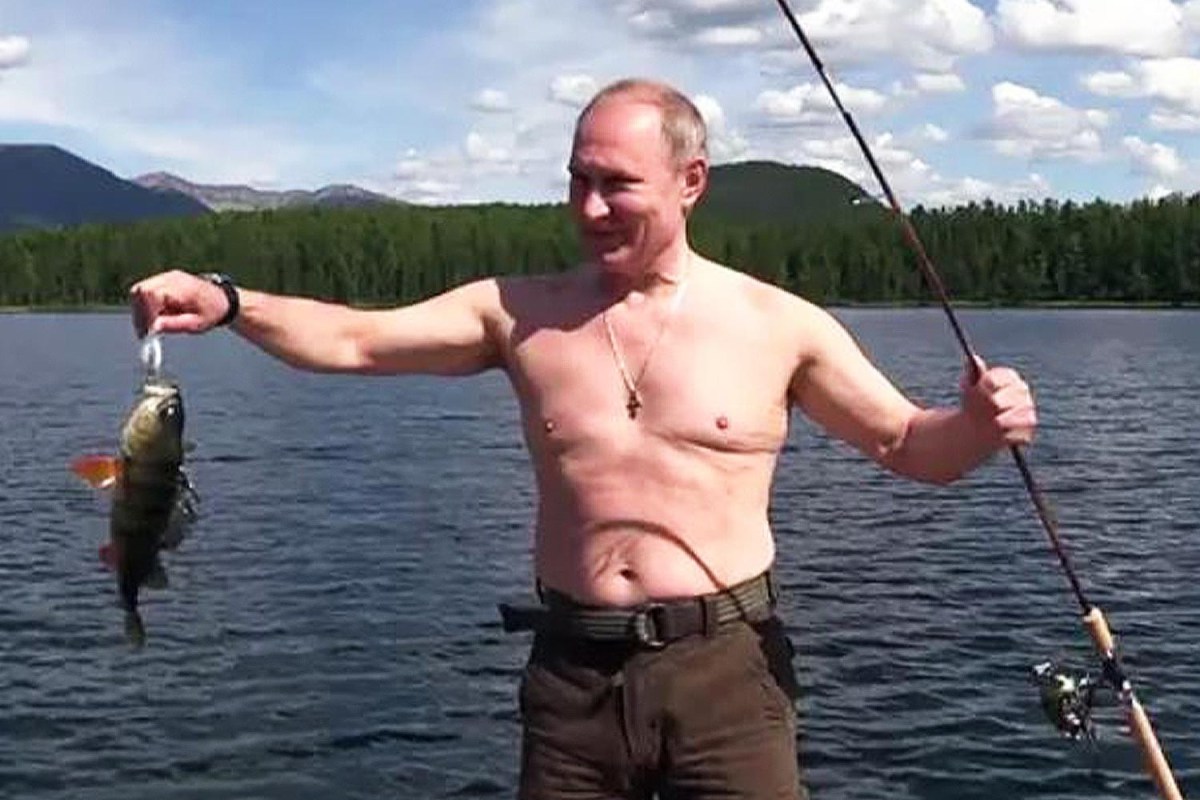 FURIOUS Ukrainians ridiculed the size of Putin’s penis yesterday at rallies in Odessa.

They shrugged off the threat of World War III and the “imminent invasion” to play pranks on the president’s private affairs.

Hundreds of people marched through the city, chanting “Glory to Ukraine!” and “Ukraine above all!”

But when the leaders of the demonstration shouted “Putin!” the crowd roared in response “Fuck!” – a derogatory insult that means “small dick”.

They responded by shouting “Putin, go to hell!”

The demonstration was timed to coincide with the 8th anniversary of the Maidan massacre, when 107 democratic activists were shot during protests in Kiev.

Sofia Valikaya, 14, who attended yesterday’s march with her mother and grandmother, said: “We are the people of the world. We just want Ukraine to be free.”

Her grandmother Zoya added: “We want to build our future.”

At least 500 people took part in the action, including cadets of the Navy and the police.

Many were wrapped in Ukrainian flags or wore blue and yellow ribbons in their hair.

One boy held up a banner thanking the UK and other countries for sending weapons to Ukraine.

The poster also thanked Poland, America, Estonia and Canada, who sent weapons to Kiev to help Ukraine defend itself.

But Germany has come under fire for blocking the export of artillery pieces, which are made from German parts, and sending Kiev helmets instead.

One marcher carried the NATO flag in support of Ukraine’s long-term goal of joining the 30-member alliance.

Up to 190,000 Russian troops and shadow militias have surrounded Ukraine’s borders, including about 30,000 in Belarus in the north.

Troops continue to gather at the border, and the Australian Prime Minister said yesterday that war is now inevitable.

Ukrainian President Zelenskiy has called for an urgent ceasefire after heavy shelling killed two soldiers and a third lost an arm near the front line of Russia-backed rebels.

Zelenskiy was angry at the West for not doing more to stop Putin and likened Europe’s soft-soft approach to doomed attempts to appease Hitler.

In an address to world leaders in Munich, Zelensky said: “When asked ‘Why die for Danzig?’ turned into a need to die for Dunkirk.”

About 38 people were burned alive in Odessa during horrific clashes between separatists and government groups in 2014.

Almost a third of the city’s residents are ethnic Russians.