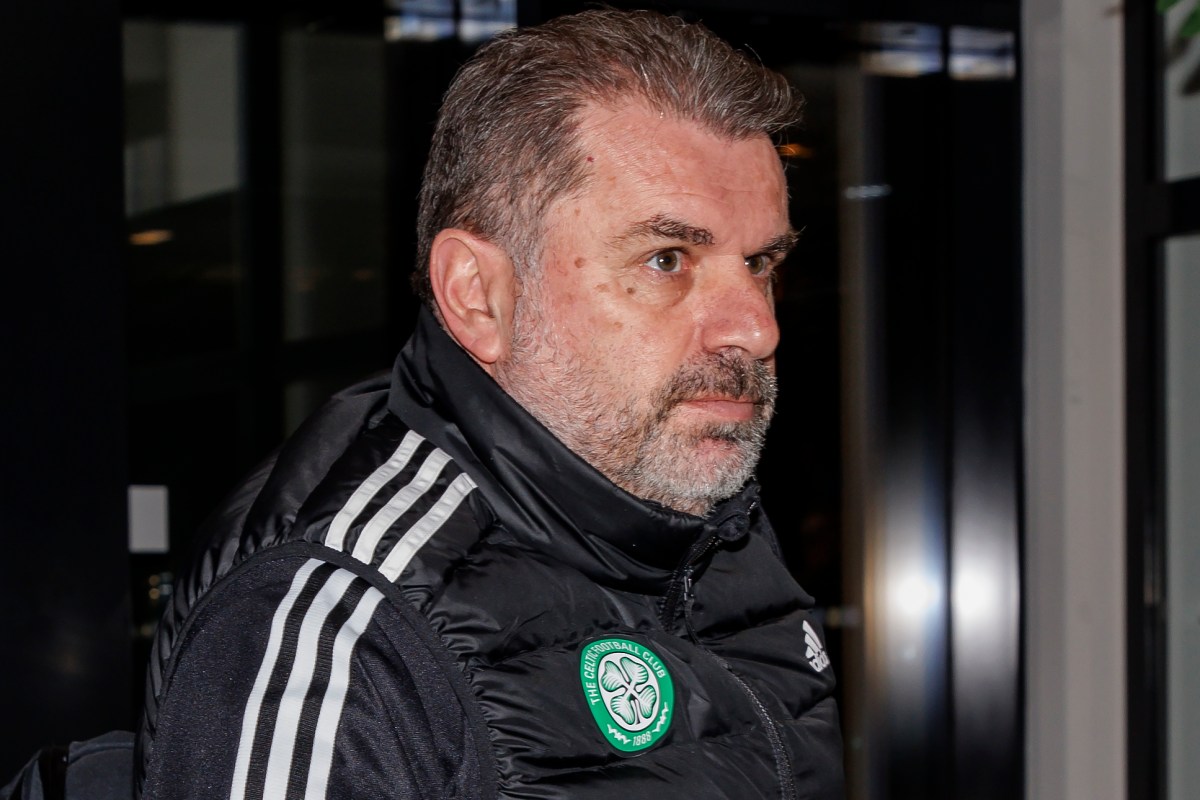 ANGE POSTECOGLOU is not afraid of the Celtic frosts in the Bodo fjords.

And he says not training on a plastic field in sub-zero temperatures won’t change Hoops’ hopes for a famous comeback win.

Parkhead’s 3-1 loss to Bodo/Glimt last week leaves Australian Bhoi with a mountain to climb at the 7,300-capacity Aspmir stadium.

History is not on their side either – Celtic have never closed the gap in their first home game in Europe and have not won the playoffs at all since they beat Barcelona in 2004.

However, all Postecoglou sees are challenges that he thinks his team can overcome in the same way they’ve been doing it all season – by playing the game their way.

With temperatures expected to drop to freezing by kick-off, he brushed off questions about his decision to miss his stadium shift, as Roma did last October ahead of a 6-1 resignation.

He said: “It’s always a challenge – different conditions, like an artificial field and all that.

“These are all just things that we need to sort out.

“In the end, it all depends on how we perform and that no other factors prevent us from playing the football we want to play.

“I think people are a little addicted to that sort of thing.

“Trust me, I was connected with the Australian team and we went from zero degrees to 45 degrees in the Middle East in 24 hours. So I know all about it.

“We already had two games on the artificial field this year, so you won’t win much.

“From the fact that we fly there today and have a training session on their field, nothing will change.

“While we are training well with the guys here in Glasgow, preparing them for tomorrow’s tough match, it’s much more important to me.

“From our point of view, we will make sure that our players are ready to play.

“It’s not about something so extreme. We don’t have to climb high or anything like that.

“These are just conditions that we need to deal with, and we will.”

Chances may be against Celtic as the impressive Norwegian champions are unbeaten in their last 13 home games.

But lose or win, Postecoglu expects his growing team to be better able to handle the experience.

This will be his 47th competitive match under Hoops, of which more than a quarter – 13 to be exact – will be in continental competition.

He said: “The beauty of Europe is that you face different opponents than in the Premier League.

“They play differently and the conditions are different.

“Sometimes it’s a hostile environment in terms of the crowd, so there are always things you have to deal with.

“It’s part of our growth as a team to experience these things and these challenges and that’s why you love to challenge yourself in these competitions.

“This is another big challenge for us. I have seen our players go through this and they are still going through it.

“Last night it was the first European games for Matty O’Reilly, Reo Hatate and Daizen Maeda, so we’re still introducing some of our guys to that kind of football.

“I think this number of games has been invaluable for us.

“Obviously it didn’t always work out for us in terms of results, but it helped us grow as a team.

“I think it gave us confidence when we play in the Premier League because we test ourselves and keep playing our football.

“We didn’t shy away from it, whether we failed or stumbled, we did it while still trying to play our football.

“Hopefully it will continue the day after tomorrow, but for this group of players and what we’re trying to create here, that kind of familiarity and challenge has been invaluable.”

On what Celtic learned from last week’s first leg defeat when Maeda brought them back in a 2-1 draw before Hugo Vettlesen’s late return kick restored Norway’s two-goal lead, Postekoglou said: “I think you study every week.

“I have always said that we are still a team that is developing. In this context, you will have times when things don’t go according to plan.

“So we learn every week, just like we learned in Sunday’s game against Dundee.

“Last week they were much more effective in boxing than we were.

“I think the context was that they scored earlier and that made us a little worried.

“We just have to stay focused on our football and stay calm during this process.

“We can find solutions, like in other games, by playing our football.

“We have to believe in what we do here every day in training and what we are trying to build.

“To the players’ credit, that’s what they did for the most part.

“That’s why we sit where we are in the league and why we’ve already won the trophy and are still in Europe.”

Postecoglu knows he has a huge task ahead of him – flipping the tie.

He added: “Clearly, scoring three away goals and turning down an opponent is not an easy task.

“They proved how good they are that night. This is a good challenge for us.

“It’s about knowing that we have to go out there and play our football because that will help us achieve our goals.”