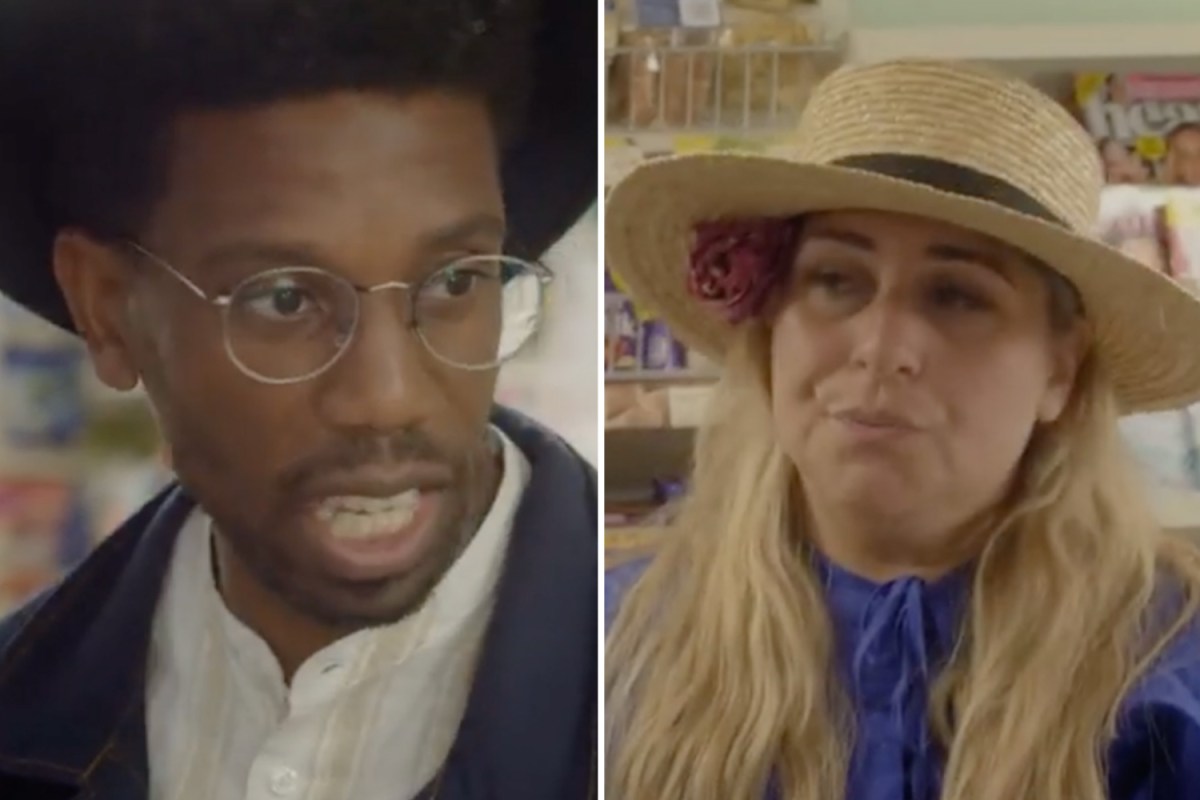 All viewers of “Easier Life” had the same complaint as a group of contemporary Britons tried to turn back time in a groundbreaking experiment.

In the Channel 4 show, 24 people left their 21st-century comforts for the summer to live like the Amish community, whose main mode of transportation is the horse-drawn carriage.

For six months they had to live by growing their own food; they had no electricity, gas, telephones, television, or any other technology, and traveled to the nearby town on horses and carts.

While many went straight to work, they declared an emergency a few days later to address the lack of food.

They agreed to follow a strict budget and a pre-determined list of groceries to buy from nearby shops in order to last until their own food grew.

Group treasurer Joseph headed into town with Gary, who was doing the experiment with his husband and two adopted children, and Penny, a former personal assistant, who was there with her two daughters, including Azara, aged nine.

Penny really wanted to get into the stores because she was worried that her kids only ate in the past and wanted to buy them fresh vegetables.

During the trip, she mentioned how she always tried her best not to buy treats and extras when she went shopping.

The minute they stepped into the tiny supermarket in the next village, Penny had already started asking for things not on the list, and the men were refusing because it wasn’t agreed with the group.

They were then both startled when all the chicken they were ordered to buy cost £17 and gave it up because their budget was too tight.

Penny then got angry, saying that she still wants to buy chicken, or at least a “cheaper brand of cereal” so that Azara has something else to eat another pasta.

Gary accused her of “not thinking about the community” before she ran away and threatened to leave the experiment.

Along with being annoyed by her reaction, onlookers at home were completely shocked at the cost of the chicken.

Another added: “18 pounds for a chicken? It’s not John Lewis.”

As part of a television experiment, a group of strangers made up of singles, couples and families agreed to give up their home comforts.

They moved to a 40-acre farm in Devon with a family of five from Ohio who live in an Amish community—traditional Christians who eschew the trappings of modern life, emphasizing self-sufficiency and community instead.

At night, only candles could be seen, and the participants were also dressed in traditional Amish clothing—long plain dresses and bonnets for women, and straight-cut suits and coats without collars, lapels, or pockets for men.

Each of the 24 strangers who took part got a job on the farm, getting up at 6:30 a.m. every day for work and returning only at mealtimes to feast on the fresh produce they had grown.