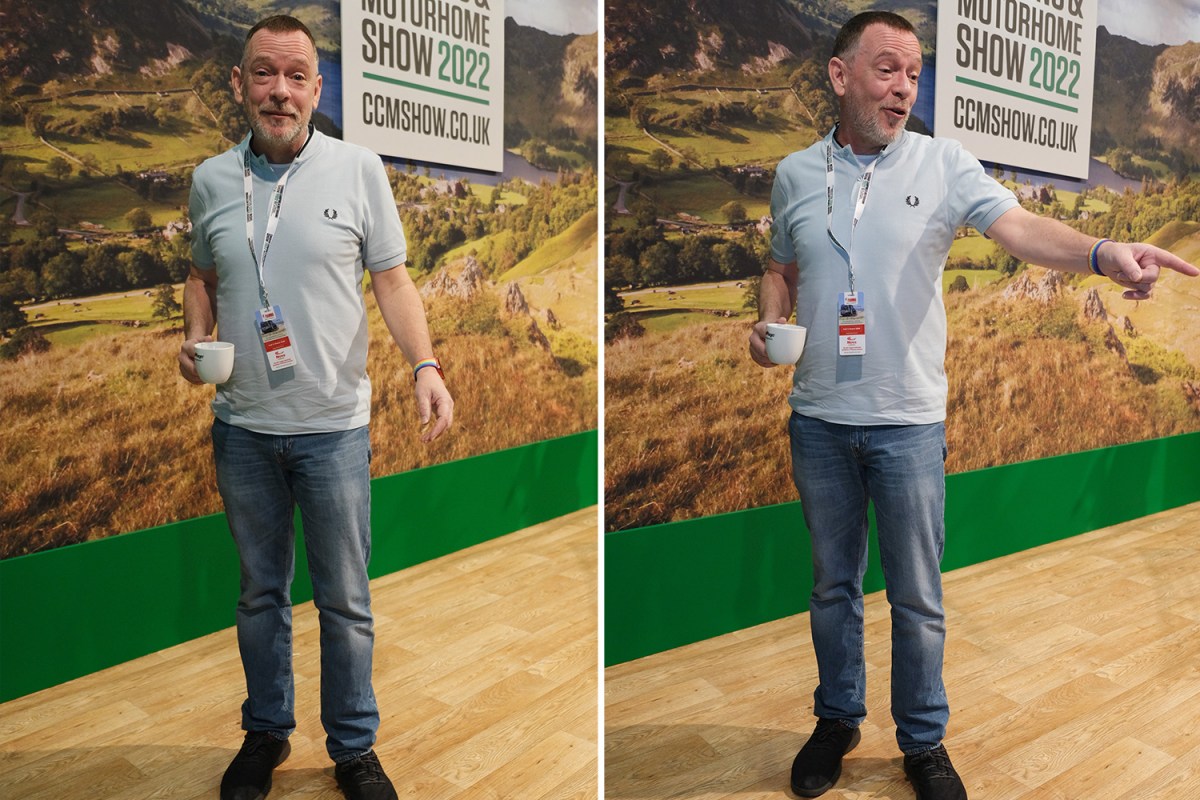 I’M A Celebrity star Adam Woodyatt has been seen leaner than ever since his departure from EastEnders.

The soap opera star, who left the longtime BBC One show after more than 35 years in 2021, looked fit as he headed to Birmingham’s National Exhibition Centre.

Adam, 53, wore blue jeans and a blue polo with a cup of tea at the Caravan, Camping & Motorhome Show.

Actor Ian Beal smiled and laughed as the cameras caught him by surprise showing off his impressive weight loss.

He hoped to meet fans at the show, which gives visitors a glimpse of high-quality motorhomes and RVs.

Last year, Adam shocked his fans by showing impressive weight loss as he headed to the castle for I’m a Celebrity.

The actor, who played the beloved character Ian on EastEnders for 36 years, has lost a lot of weight in recent months.

Adam’s weight loss was no doubt the result of his new love of cycling, which co-star Jake Wood introduced him to after he quit soap.

The star recently noted that his involvement with the ITV game show gave him a much-needed ‘escape from reality’ after a difficult year.

He and his ex-wife Beverly Sharp, whom he married in 1998 and has two children, have separated.

Appearing on Good Morning Britain, the actor said the experience was a huge benefit to him and added that he would love to do it all over again.

“It was just an escape from reality,” he said. You left the world behind. It was peace and quiet. There was nothing they threw at me that I couldn’t do. I liked it.”

Fellow camper Richard Madeley, who co-hosted the ITV show with Susanne Reid, asked if Adam would ever consider returning to Gwrich Castle in Wales.

“I would go back there next week if I could,” he said.

When he left camp just a few days before I’m a Celebrity finale, Adam was heartbroken, reflecting on the “fresh start” the show offered him with hosts Ant and Dek.

When a beloved TV impersonator asked if the star’s spell on the show helped move on after the divorce, he began, “A little. I looked at it like…”

Then, struggling to hold back his tears, he paused before adding, “Oh, you got me, you bastard.”

Adam pulled himself together and continued, “I looked at it like it was going to be a new beginning. There’s a lot more going on. Mentally, I sorted myself out. it’s the right place, that’s why I love it so much.”

The Easties favorite then admitted that he was initially worried about appearing on ‘I’m a Celebrity’.

“I spent 36 years with the script,” he said, before talking about fellow camper Simon Gregson-Steve McDonald of Coronation Street.

“I’m not like Simon. He’s just naturally funny, I need someone to play against Simon. We kind of knew each other before and it helped, but everyone was amazing.”