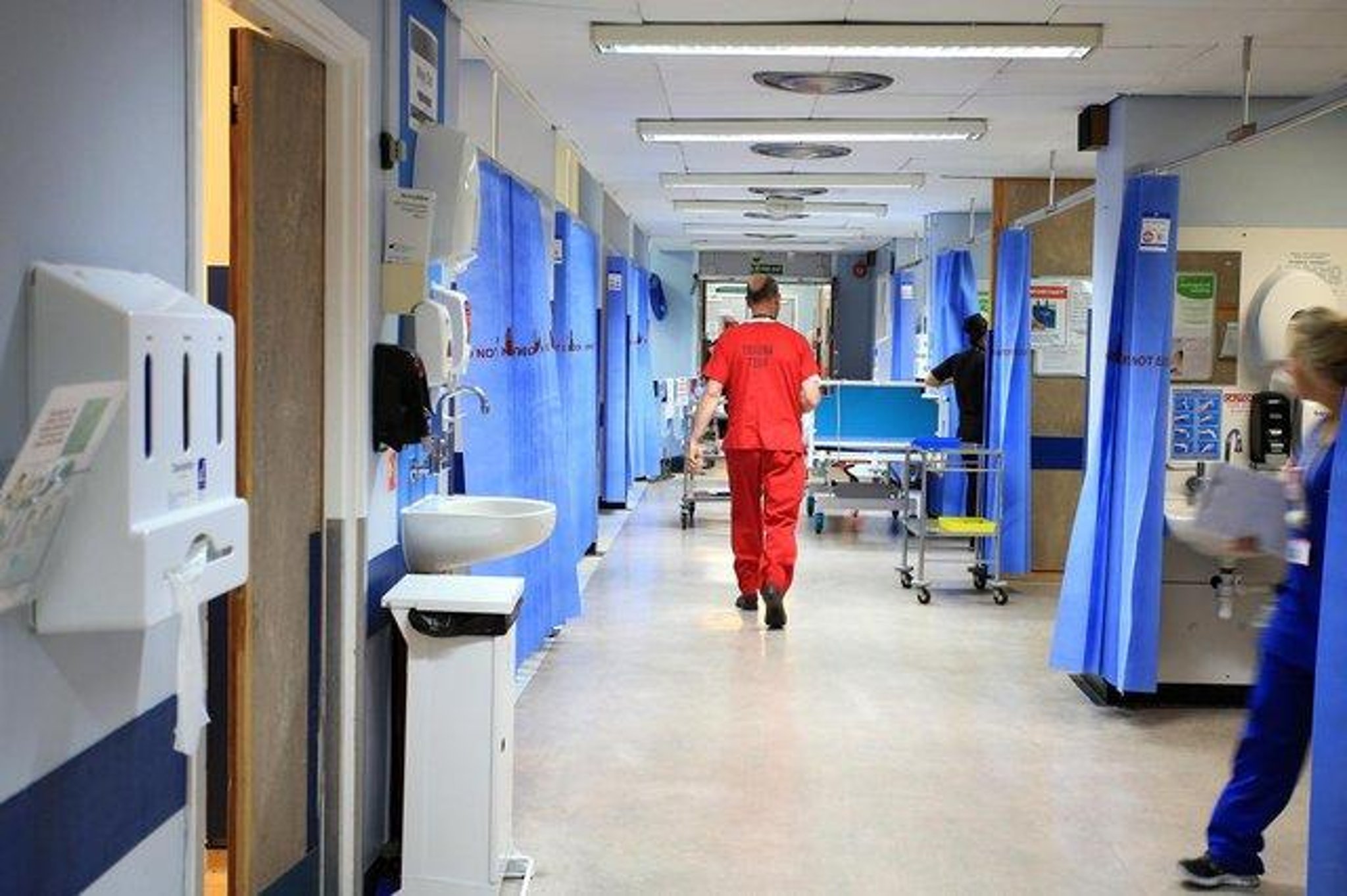 A review of the NHS by Audit Scotland found that the health service was not financially sustainable before the pandemic, and the scale of the problem has now “gone worse”.

This indicated “an ever-increasing number of patients waiting to be seen”.

Critics said the “scathing report” was “a revealing indictment of nearly a decade and a half of SNP mismanagement”.

The spending watcher said the Scottish government has ambitious plans to re-engineer NHS services, but stressed that these “will be complex and take a long time to materialize”.

His report says: “The plan’s ambitions will be strained and difficult to realize amid the competing demands of the pandemic and a growing number of other policy initiatives, such as plans to develop the National Relief Service.”

It says the NHS has struggled to “recruit enough people with the right skills” and increasing staff should be a priority.

Stephen Boyle, Auditor General for Scotland, said: “NHS reform is key to the Scottish Government’s plan to recover from the pandemic and must remain a priority. Putting Covid spending aside, health care costs are rising every year, meaning less money for other public needs. Services.

“Now there is a clear opportunity to do things differently, building on the innovation and collaboration that we have seen in the NHS over the past few years.

“For this to happen, our leaders must take the public with them and engage them in the transition from providing care in hospitals to providing care much closer to people’s homes.

“But more informed policy decisions and services are not possible without better data collection and use.”

The report says the Scottish health service is in a state of emergency and continues to be under severe pressure.

Scotland’s audit found that an additional £2.9bn was allocated to health and social care in 2020/21, including £1.7bn for health councils.

The report states: “The National Health Service was not financially sound prior to the Covid-19 pandemic, and boards of directors relied on additional financial support from the government or one-time savings to break even.

“The scale of financial problems has been exacerbated by the pandemic.

“The cost of providing services has risen and additional spending commitments by the Scottish Government are exacerbating the financial pressure on NHS councils.”

A total of 14 of the 22 NHS Councils needed additional funding from the Scottish Government to achieve financial balance in 2020/21, with six councils facing a “particularly difficult financial situation”.

Scottish Labor health spokeswoman Jackie Bailey said: “This scathing report is a damning indictment of almost a decade and a half of SNP mismanagement in our NHS and health sectors.

“This is just about the most revealing report of Scotland’s NHS audit since the handover.

“The report is clear: the SNP government has failed to properly support the NHS for many years, and as a result, the entire system is under exceptional pressure.

“Failure [Health Secretary] Humza Yousaf’s so-called NHS recovery plan is clear to all as one in eight Scots languish on waiting lists, staff are depleted and the NHS remains in disrepair.

“Only careful planning will get our NHS back on track, but Humza Yusuf is looking in the wrong direction.

“Scottish Labor has repeatedly urged the SNP to support our proposals for an NHS plan to reduce waiting times and raise caregiver pay to £15 an hour.

“Clearly only Scottish Labor has the plan and ambition to get our NHS back on track and create a National Care Service worthy of the name.”

Scottish Conservatives spokesman Dr Sandesh Gulhane said: “This revealing report confirms what we’ve been saying for some time – that Scotland’s NHS is in crisis under SNP watch, and that Humza Yousaf’s flimsy Covid recovery plan will not solve this problem.

“The report highlights the issue of NHS hiring – and is the result of poor workforce planning by the SNP government.

“There are huge vacancies in the health service, but we can’t fill them because we don’t have enough trained people to fill them.

“This is why the Scottish Conservatives have called for the removal of the cap on places at Scottish universities for health-related courses.

“As we emerge from the pandemic, the ever-increasing number of patients waiting for treatment is a ticking time bomb, but again, we do not see a strategy for the Minister of Health to deal with this.

“The report also called on the Scottish government and health boards to work with the welfare sector to address the issue of delayed discharge – however the SNP promised to eradicate this many years ago but failed miserably.

“The NHS in Scotland is in a state of disrepair, but I am not convinced that the SNP and Humza Yousaf are capable of restoring her to full health given their terrible track record.”

Scottish Liberal Democrat leader Alex Cole-Hamilton has warned that the National Health Service and its staff are “on the verge of burnout”.

He said: “They were frustrated by fifteen years of failed workforce and pandemic planning by the SNP government, which left them no choice but to work hard.

“There is still no realistic plan to deal with deepened old problems, from layoff delays to accounting for staff vacancies and multi-year waiting lists. This puts lives in danger.

“This report shows why the SNP/Green Government was wrong to vote against our plans for a burnout prevention strategy to protect staff.

“Now he must also support the Scottish Liberal Democrats’ proposals for a Health and Social Care Staff Assembly that puts their expertise at the heart of the crisis response.

“At this rate, the NHS recovery plan will need to be upgraded to a resuscitation plan. Patients and staff are desperate for new hope and deserve more than ministers who seem determined to turn their attention to independence.

Professor Andrew Elder, President of the Royal College of Physicians in Edinburgh, said: “This report highlights the significant financial impact of the pandemic on our health and care services.

“This indicates that workforce planning is vital if we are to get rid of backlogs and level the playing field in our NHS.

“The College believes that quality care should be available to every person who needs it.”