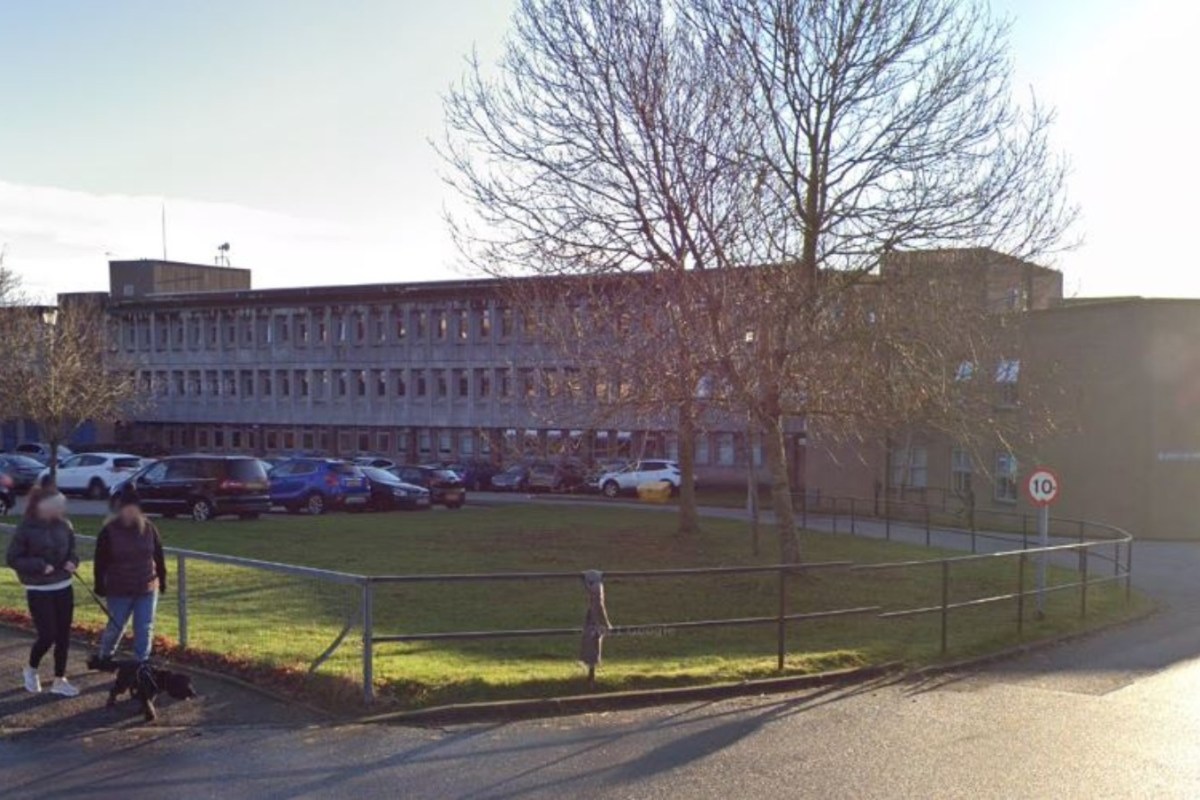 SCOTS teacher faces delisting for allegedly shaming and refusing to teach a schoolgirl who had a visible bra strap.

Andrew Gibson also allegedly held a bottle of liquid on his lap and asked students from Westhill Academy in Aberdeenshire, “Do you know what that looks like?”.

A business teacher was accused of ‘choosing’ a student who took off her hoodie during class.

He is alleged to have said he was “deeply uncomfortable” with what the schoolgirl was wearing as he could see her shoulder and bra strap.

It is also claimed that he said there was a “level of risk” in regards to her outfit.

Mr. Gibson also allegedly told his senior colleague: “What would it look like if someone walked past your office and I was in the corner, as if the deputy director was hitting me.”

Mr Gibson faces removal from the list of teachers following an investigation into comments by the General Teaching Council in Scotland (GTCS).

The education regulator is investigating more than 20 allegations against Mr. Gibson that date from February 2017 to December 2017 at the school.

Westhill Academy Principal Alison Reid said yesterday: “He seems to be concerned about the students not being in uniform, especially the girls and the way they are dressed.

“He didn’t go into details about why, but he definitely was.”

“I understand that the other students have taken off their hoodies or jumpers, but Mr. Gibson has focused on her.

Nearly one in three Scottish teachers have been assaulted by students in the current school year, according to the survey.

“I understand that it was [appropriate in line with the dress code].

“He was told that if he was worried about a student’s clothes, he should talk to their teacher, not the student.

“It went against what we agreed, was agreed with him, and singling out one student could be just as isolating.”

Sarah Colville, deputy principal of the school, said:[The girl who was not allowed to take her jumper off] she was roasting, and there were no windows open, no fans on.

“He could see her shoulder and bra strap.

“They had a little fight.

“There were other students dressed the same way.

Andy said he was very embarrassed [with what Pupil A was wearing].

“He continued to say that he was concerned about the false accusations.

“I really felt like it wouldn’t have escalated if the windows were open or the fan turned on.

“He definitely singled out a student.”

She added that after a meeting between herself, head of faculty Peter Hagan and Mr. Gibson, “Mr. Hagan came out of the office, I got up to leave, then he closed the door and just got up.

“He was just hiding and he is a big guy.

“Then he made the comment, ‘What would it look like if someone walked past your office and I was standing in the corner as if I was being beaten by the deputy director.’

“I was stunned, I was completely stunned.

Jason Fitzgerald, another assistant principal at the school, said: “There were other girls dressed the same way.

“He used phrases that he didn’t want to be exposed to his arms, bra straps.

“He said there is a certain level of risk and that worries me.

“I felt very uncomfortable the more I thought about what he said.

“The fact that he didn’t want to be left ‘open to that level of risk.’

“These were his words, and they stuck in my head.

“This is not a normal conversation at school.”

Gibson faces removal from the faculty list following an investigation into his alleged comments.

He is also accused of telling his class not to applaud one student because their presentation was “not good enough to deserve applause”.

Other allegations allege that Mr. Gibson “made fun” of another student by impersonating her while waving her hair.

It is also alleged that he called students “fat”, cursed in front of his class and used the word “bitch”.

Call students “fat”; Mr. Gibson accused a colleague of “bullying” and “harassing” him and apparently made derogatory remarks about another teacher’s lessons.