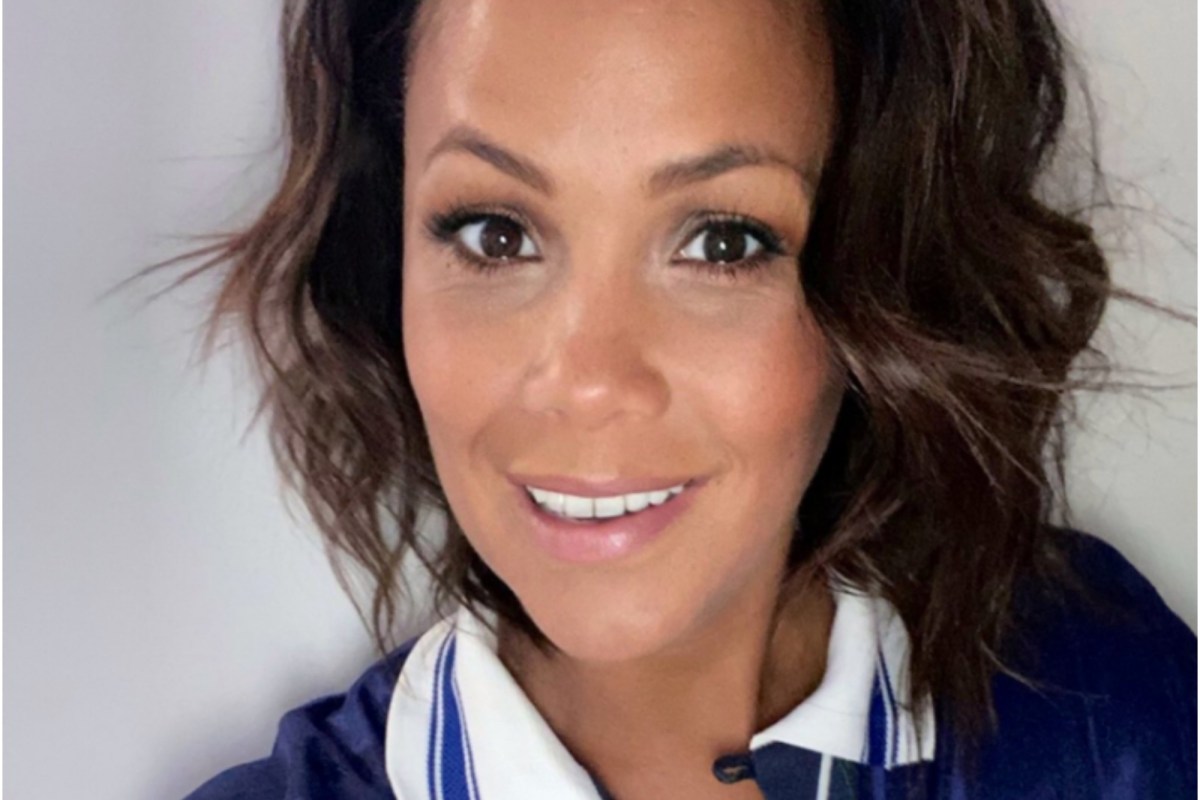 JAN Johansson stunned in Scottish football and all her fans reacted the same way.

The Place in the Sun host, 39, shared a snap with her social media followers, teasing the shoot at Hampden Stadium.

The TV star from Port Glasgow, Renfrewshire, wearing a navy blue football jersey, smiled as she showed her support for the Scotland national team.

The photo was shared on both her Instagram story and her Twitter, with a total of 44,700 followers.

She captioned the post: “I LOVE my job” with footage, football and a Scottish flag emoji.

She also added a short clip of her story inside Hampden Stadium with text on screen: “Yes sir, I can boogie.”

Fans reveled the most, with over 1,000 likes and shares on Twitter.

And everyone had the same reaction when they flocked to the comments.

Someone else added, “Yes sir, you can boogie-woogie.”

A third wrote: “I think this photo just got good again on Monday.”

Others have simply posted a range of different emoji including hearts, flames, and kissing faces.

She teased fans with her chosen theme after admitting she was “thrilled and scared” by sitting in the famous black chair.

Gers fans quickly guessed that the 40-year-old, married to former Ibrox star Jonathan Johansson, would answer questions about the club.

Jean Johansson says “those were the days” as she shares her ’90s memories with Rangers star ex-husband Jonathan Johansson.

But their hopes were soon dashed after Jean revealed that she would be questioned about the life and work of Miss Kylie Minogue.

Jean and Jonathan got married in 2008.

Jean became a BBC presenter, becoming the face of the broadcaster’s hits such as One Show and Animal Park.

She is also well known to viewers for presenting A Place in the Sun on Channel 4.

Jean appeared in the BBC comedy The Scotsman in an episode where she played herself in a foul language with a stingy owner.

Hubby Jonathan left Rangers in 2000 and moved to Charlton Athletic where he remained until 2006.

The 106-cap forward-turned-manager was a regular on the Finnish national team and now manages the Finnish team TPS.

He is well known for his roles in many Scottish clubs including Hibs, St Johnstone and Greenock Morton.