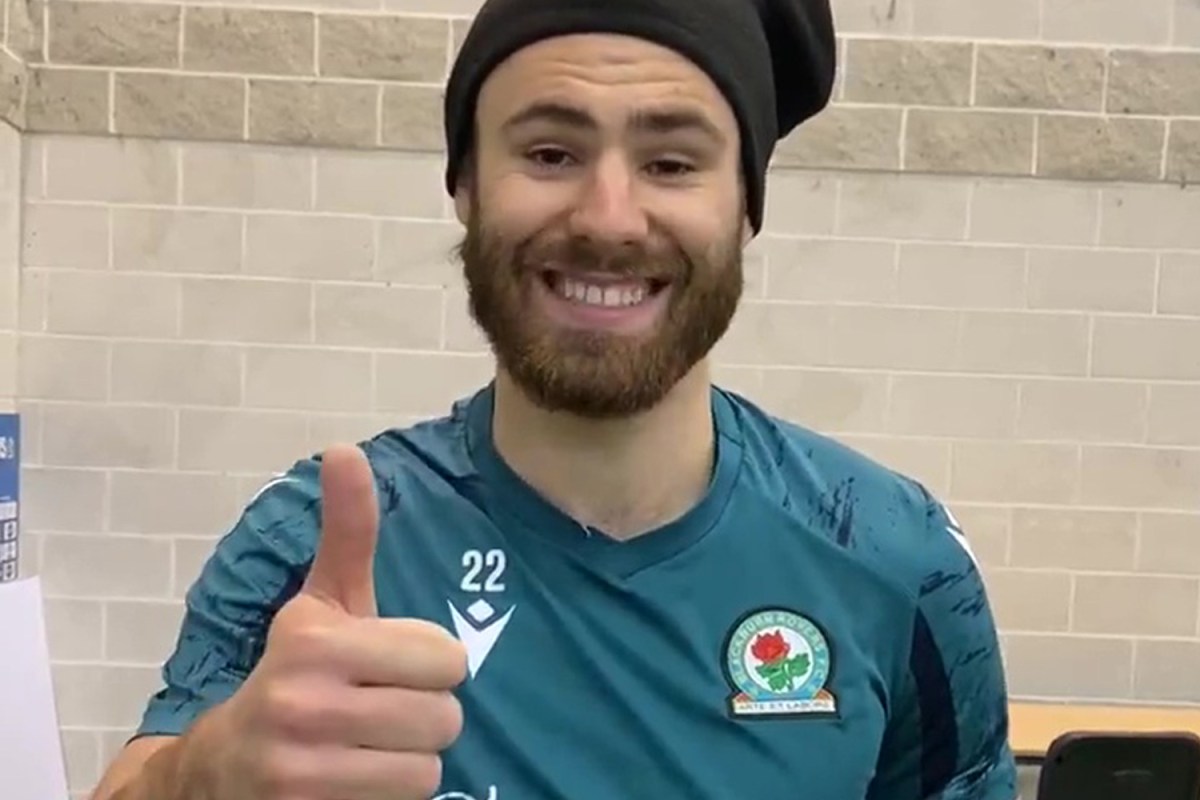 Milwall fans thought they had a hard time when their away match against Blackburn was canceled 45 minutes before kick-off.

But one fanatic, Ben Brereton, traveled from CHILE to watch the Rovers star striker in action, but was injured and the game was postponed.

Jovan Kesternich and four comrades made 7414Travel from Chile to Lancashire for a mile hoping to see the Brereton in action.

But not only was Brereton injured and unavailable for selection, but a snowstorm caused by Storm Eunice also delayed the game shortly before kickoff.

Brereton, known as Brereton Diaz, was called up to the Chile national team in June and scored three goals in nine games for the country where his mother was born.

He became a firm favorite in the South American country, prompting a super fan to take a transatlantic trip to see him in club action.

But Brereton injured his ankle during Monday’s 0-0 draw against West Brom that ruled him out in Saturday’s clash with Millwall.

And after announcing his injury, Kesternich wrote on Twitter: “NOOO, I came to the UK from Chile just to see him play against Millwall.

“I just wanted to watch him play and meet him. I hope he gets better.”

Brereton himself soon found out about Kesternich’s bad luck and sent him a personal message through Blackburn’s official representation. Twitter Account.

“Hi Jovan, I heard that you flew to the game this Saturday but unfortunately I can’t play but hopefully I will see you at the game and I will be back in shape soon, all the best mate.”

The dazed Kesternich could not believe his luck when he saw the message from his hero.

He replied: “Couldn’t be happier and more grateful to the fans, the club and obviously Ben. I’m still in shock.”

And, even better for Kesternich, he managed to take a photo with Brereton near Ewood Park on Saturday.

The late cancellation meant that fans and players had already landed in preparation for the championship game.

Brereton even smiled broadly at Kesternich, despite the fact that he had a protective boot on his leg and had to walk on crutches.