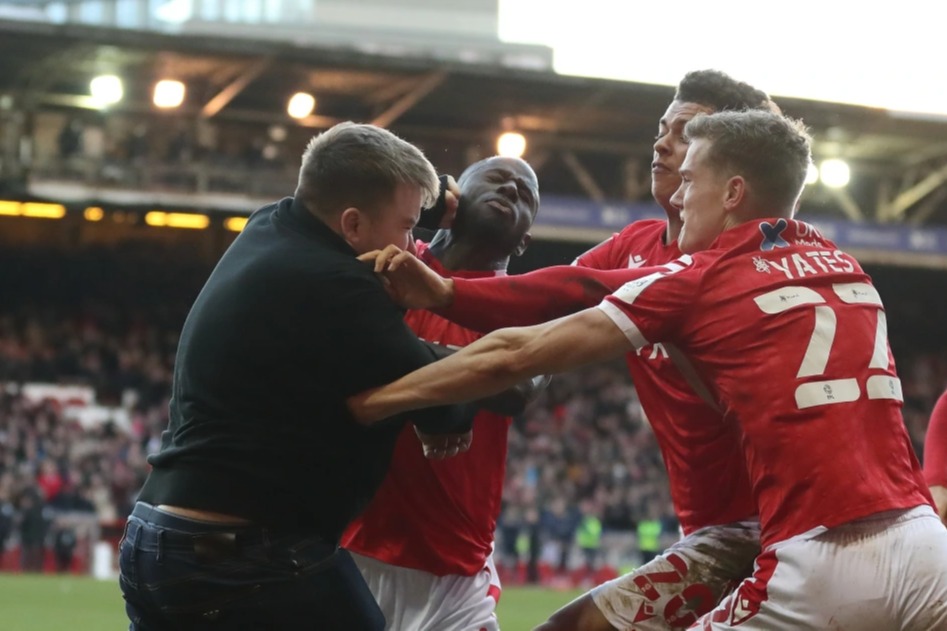 Toner appeared before Nottingham Magistrates’ Court today, where he pleaded guilty to three counts of assault and entering the playing field during a football match.

A Leicester fan is said to have had a “drink cocktail” before the match.

Toner stormed the pitch in the first half at the City Ground on 6 February as Nottingham Forest celebrated a goal.

He was arrested after the chaotic scenes were shown live during a game.

The teenager was released on bail, including the condition not to visit football stadiums on the day of any live football match.

Leicester boss Brendan Rodgers condemned his behavior after the match.

He said, “This is behavior you would never want to see. Whatever happens on the field, it must be a safe environment for the players.”

Around 4,000 Leicester fans gathered on the ground at rivals Nottingham Forest for the game, the first meeting between the teams in eight years.

The joint security bill between the two clubs was worth £30,000 amid fears that violence would break out.

Assistant Chief Constable Steve Cooper of Nottinghamshire Police said: “We continue to work closely with both football clubs who are supporting our investigation following this incident.

“Violence at football matches is unacceptable. In this case, Leicester City stated that the person involved would be banned for life from all Leicester City matches home and away.

“I hope that the actions taken will serve as a warning to everyone that violent behavior at football matches is taken very seriously and can lead to serious consequences.”