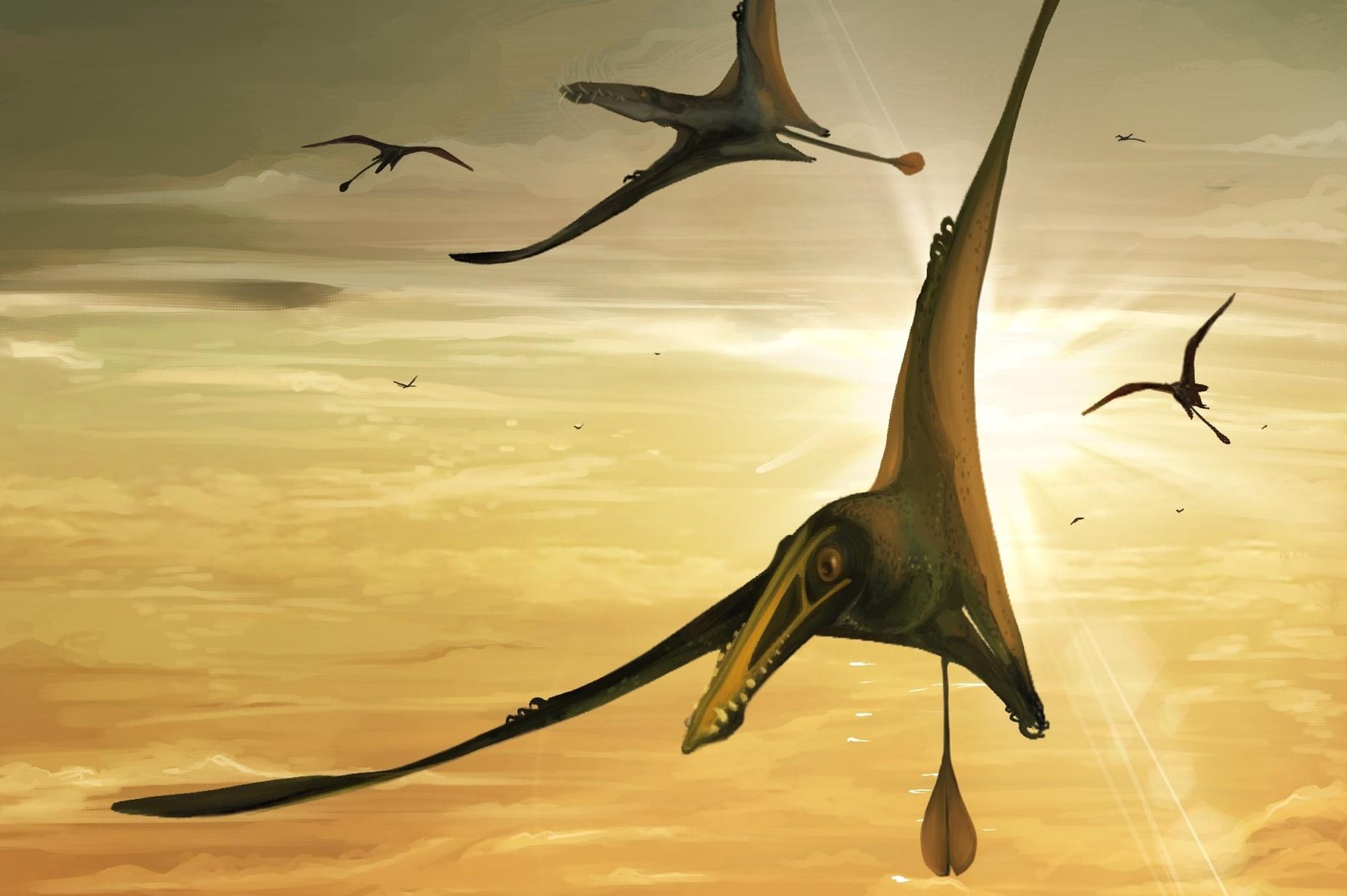 The fossilized skeleton of the albatross-sized winged creature is said to be in “almost pristine condition” despite the pterodactyl being about 170 million years old.

It was unveiled today at the National Museum of Scotland, which described the find as “remarkable” because of its state of preservation and the new light it sheds on the size of Jurassic-era pterosaurs, which are now much larger than previously thought.

The creature, said to have had a wingspan of 2.5 meters, was given the Gaelic name Dearc sgiathanach, which translates to “winged reptile”.

It was found at Brats Point, also known as Rubha-nam-Brotherian, the same site of dramatic headland on the Trotternish peninsula in Skye, where fossilized dinosaur footprints dating back about 170 million years were discovered. The huge flying reptile is the latest in a series of significant paleontological finds in recent years on the so-called “Jurassic island of Scotland”.

They hailed the “unique specimen” as the best-preserved skeleton of a pterosaur, the world’s first flying animal that appeared on Earth some 50 million years before birds.

Professor Brusatte was a consultant on the new blockbuster Jurassic World, working with director Colin Trevorrow and the designers working on a film that heavily features pterosaurs.

The fossilized skeleton of a Jurassic pterosaur is recovered from a beach on the Isle of Skye.

He said: “This is an excellent Scottish fossil. The preservation is astounding, far surpassing any pterosaur ever found in Scotland, and is probably the finest British skeleton found since Mary Anning in the early 1800s.

“Dirk is the largest Jurassic pterosaurs we know of, which tells us that pterosaurs got bigger much earlier than we thought, way before the Cretaceous when they competed with birds, and that’s very important.”

Ms. Penny is said to have spotted a fossilized jaw protruding from a layer of limestone on a tidal platform. After the pterosaur head was identified, a team led by Dugald Ross, founder of the nearby Staffin Museum, carried out a painstaking operation to extract the fossil using diamond-tipped saws.

Natalya Yagelskaya, one of the researchers eager to learn more about the behavior of the dirk, said: “For flight, pterosaurs had hollow bones with thin bony walls, which made their remains incredibly fragile and unsuitable for preservation for millions of years.

Staffin Museum founder Dugald Ross led an operation to retrieve a fossilized pterosaur skeleton from a rock at Brats Point on the Trotternish Peninsula on the Isle of Skye.

“And yet our skeleton remains almost pristine, articulated and nearly finished, its sharp fish-eating teeth still retaining a lustrous enamel shell, as if it were alive just a few weeks ago.”

Dr. Nick Fraser, curator of natural sciences at the National Museum, said: “Even in the context of the amazing paleontological finds in Skye in recent years, this one is truly remarkable.

“Finding and describing a specimen that is both well-preserved and so significant is truly something special, and we are delighted to add Diark to our collection.”