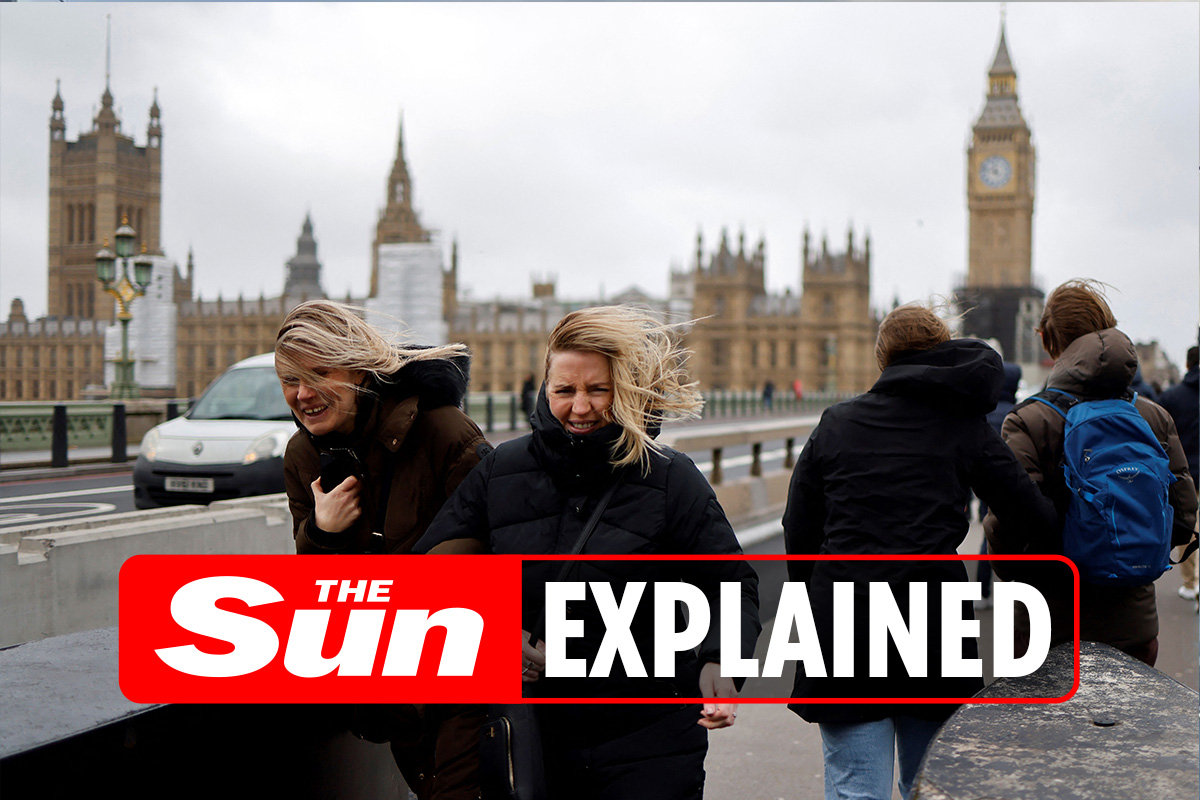 Britain’s reputation as a country where it can rain in winter or summer seems, unlike our weather, to be fairly fair.

This unpredictable weather is the result of the UK’s position on the globe.

Why is the weather so bad in the UK?

This was reported by Helen Chivers from the Met Office. BBC: “The unique weather of Britain is due to the fact that it is an island and its location on the planet, between the Atlantic Ocean and a large area, continental Europe.”

She added: “Where we are, a lot is happening from a meteorological point of view.”

Great Britain is located under the meeting point of the five major air masses – large air masses with the same temperatures and humidity levels everywhere.

Coming from hotter and colder regions, they include polar and tropical air masses.

They bring different types of weather that meet to form weather fronts.

The greater the difference in weather forming weather fronts, the worse the resulting weather conditions.

Its position as a meeting point also makes the weather in the UK unpredictable – we could be more affected by polar air masses today, tropical air masses tomorrow.

Why is it so windy?

During the winter months, the polar vortex, arctic sea ice and tropical rainfall can affect winds in the UK.

The polar vortex is a wind circulation 30 miles above the earth that is present in winter.

These winds regularly reach speeds above 250 km per hour.

During the winter, the polar vortex can wax and wane, and these changes ultimately affect the weather in the UK.

The weaker polar vortex often leaves room for winds that can hit the UK from elsewhere – northerly and easterly winds are common.

This could result in areas of high and low pressure affecting the weather in the UK, including its winds.

The impact of Arctic sea ice is still being studied, but we do know that it has a direct effect on air circulation.

Surface temperatures in the Arctic are kept low in part by Arctic sea ice reflecting sunlight back into the atmosphere, but that ice is melting.

This warming could also cause air to rise over the Arctic, which could contribute to westerly winds.

Why so much rain?

Rain can be caused when cold air meets warm air at a weather front, which is a common occurrence in the UK.

Higher areas of the UK often receive more rainfall as this can be the result of the wind pushing the air uphill.

This air is blown upward and cooled as it reaches the top of the hill.

If there is enough water vapor in this air, it will form a cloud before it rains.