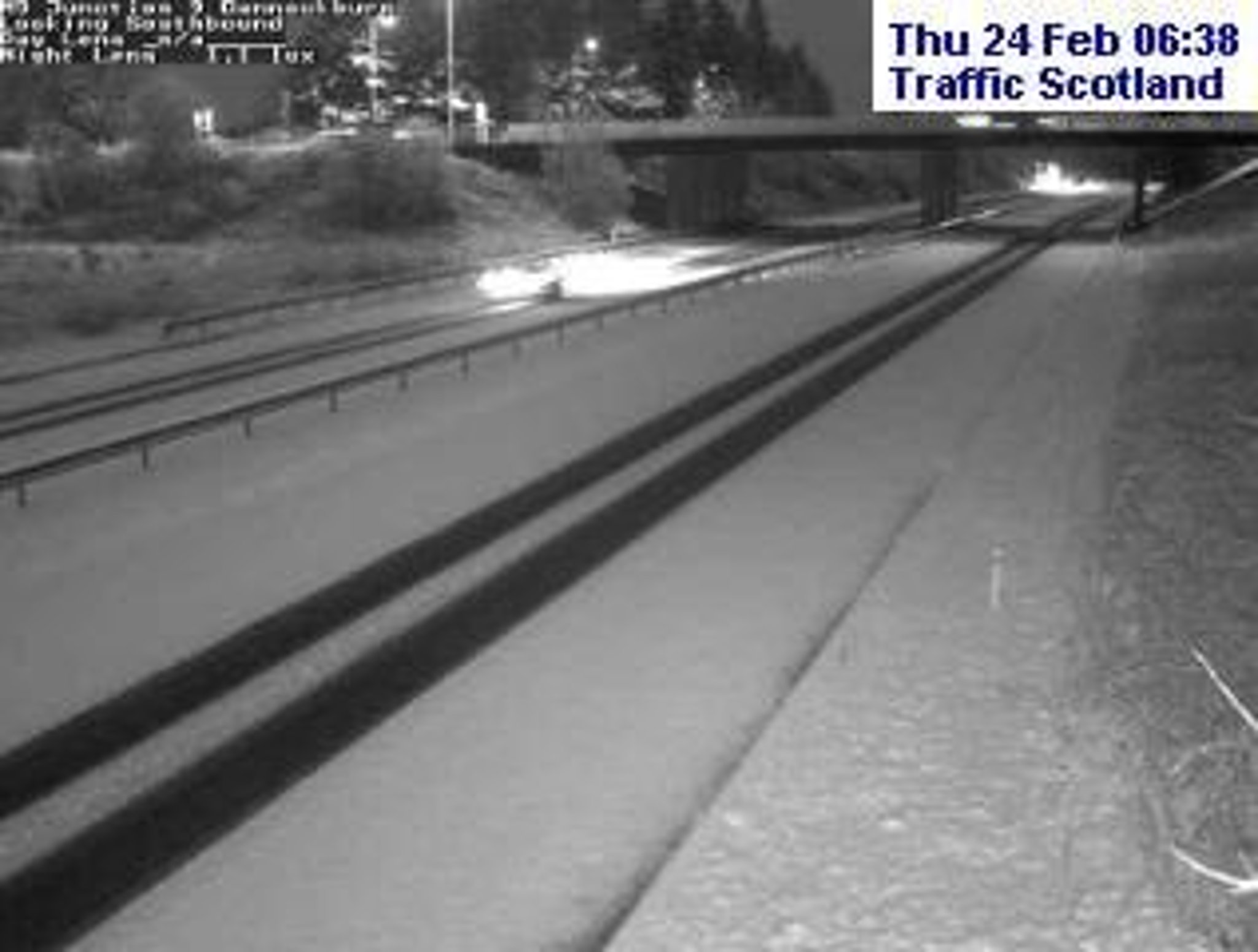 The Met Office’s final amber warning for most of Scotland away from the coast will come into effect when the current warning ends at 8 p.m. and remain in effect until 9:30 a.m. Friday.

The agency said further rain, sleet and hail with snow are likely, mostly at around 200-300 meters.

A spokesman said: “They will be heavy in places, perhaps bringing 2-5 cm of snow to some of the higher routes across the Pennines and Scotland.

“After midnight, showers will become less common and will fall with increasing frequency as rain or sleet away from some high altitude routes and parts of northern Scotland.

“However, as temperatures decrease, wider areas of icing are possible, especially on untreated surfaces.”

The warning was issued as gritters struggled to clear major roads of snow.

Casualties included the M90 ​​between Edinburgh and Perth and the A92 in Fife.

Bear Scotland, which maintains most of the country’s motorways and arterial roads, said dozens of gritters were on continuous duty through the night in “challenging conditions”.

School buses could not operate in parts of South Lanarkshire as some schools opened late.

ScotRail said the severe weather speed limit will disrupt routes, including between Edinburgh/Glasgow and Dunblane, Falkirk Gramston, Aberdeen and Inverness.

Avanti West Coast trains between Glasgow and Carlisle were delayed.

Queensferry Crossing’s ‘Ice Bomb’ Saga May Have Some Way

It said: “The rains will be accompanied by strong gusty winds with possible gusts up to 45-55 mph and a probability of 65 mph on the coast.

“The snowstorm is most likely over high ground.

“There is a small possibility that some showers may be accompanied by frequent lightning, which could affect power supply, including in some places outside the warning zone.

“Snow showers are more likely to change to rain and sleet at low levels later Thursday morning and early afternoon, although at 200-300m it will remain as snow.”

The Scottish Environment Agency has issued four flood warnings for rivers in Perth and Kinross, as well as on the coast of the Clyde between Ayr and Troon.

The Met Office also warned of unsettled weather ahead.

“A high pressure ridge builds up on Friday, resulting in a beautiful and bright day for most.

“However, the wind picks up again as we approach the weekend, with weather fronts bringing rain to the north and west, and softer air spreading here.”

Thank you for reading this article.

More than ever, we count on your support as the changing consumer habits caused by the coronavirus affect our advertisers.