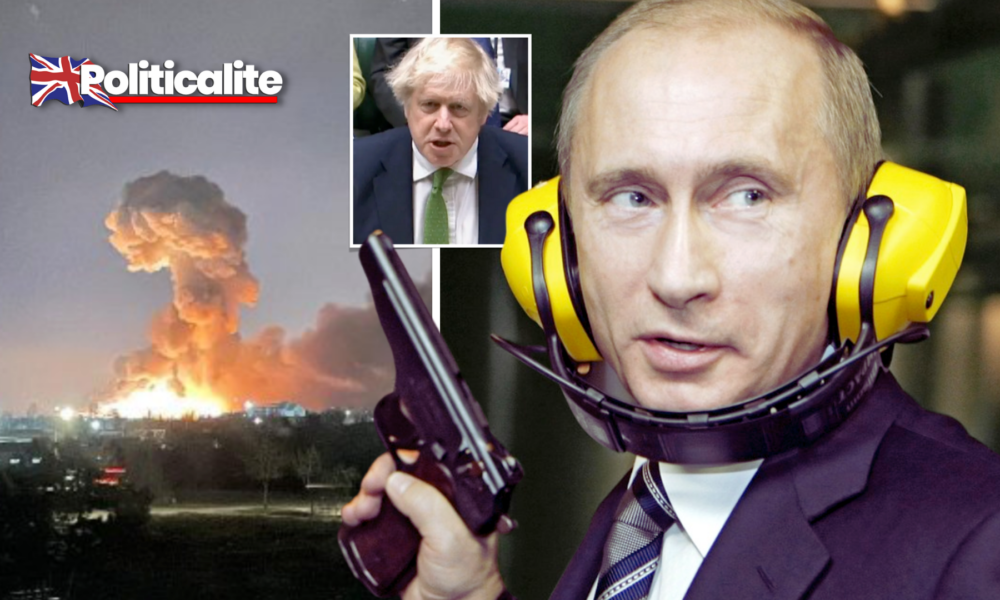 Mr Johnson said the events were a “catastrophe” for the European continent as 40 people were confirmed to have died in Russian attacks.

Mr Johnson added that Russian President Vladimir Putin’s invasion of Ukraine was “a disaster for our continent” and called on Western allies and world leaders to meet and plan for a response.

The prime minister tweeted his remarks after presiding over an emergency meeting of the Cobra committee on Thursday morning. The Prime Minister is due to address the nation later, and to address the House of Commons tonight.

The Prime Minister said: “This is a disaster for our continent.

“This morning I will address the nation about the Russian invasion of Ukraine.

“I will also speak with other G7 leaders and call for an urgent meeting of all NATO leaders as soon as possible.”

It came as Ukrainian President Volodymyr Zelensky declared martial law and urged people to stay at home amid reports of rocket attacks and explosions across the country.

Ursula von der Leyen, president of the European Commission, accused Putin of “bringing the war back to Europe.”

Zelensky called on the citizens of Ukraine to voluntarily participate in the resistance.

He said: “We will give weapons to everyone who wants to defend the country. Be ready to support Ukraine on the squares of our cities.”

“We will remove sanctions from all citizens of Ukraine who are ready to defend our country within the framework of territorial defense with weapons in their hands.”

“We have severed diplomatic relations with Russia.”

“For everyone who has not yet lost their conscience in Russia, it’s time to come out and protest against the war with Ukraine.”

Russia said it had only targeted Ukrainian airbases and other military installations, not populated areas.

But in a televised address, Mr. Putin warned other countries that any attempt to thwart Russia’s actions would lead to “consequences they have never seen.”

He stated that Russia did not intend to occupy Ukraine, and blamed the Ukrainian “regime” for the bloodshed.

A Downing Street spokesman told Politite that Mr Johnson assured Mr Zelenskiy during an early morning phone call that the West “will not stand by while President Putin wages his campaign against the Ukrainian people.”

According to Putin, this action was a response to threats from Ukraine.
And in a warning to the international community, during his speech on Russian television, he said: “Whoever tries to hinder us, let alone pose threats to our country and its people, must know that Russia’s response will be immediate and will lead to consequences.” you have never seen in history.”

In an interview with the BBC, he said: “If Vladimir Putin thinks that he can scare the international community away from supporting Ukrainians in the defense of their homeland, then he is absolutely mistaken in this and should have absolutely no illusions that we will continue to support Ukrainian government and Ukrainian people”.

THE BRIT SHOULD LEAVING NOW

Transport Minister Grant Shapps instructed the Civil Aviation Authority to ensure that airlines avoid Ukrainian airspace “after the horrific events of the night.”

Airlines have begun to suspend flights to and from Ukraine.

It added: “If you cannot leave safely, you should stay indoors, away from windows, and be aware of developments that will allow you to leave safely.”

British Ambassador to Ukraine Melinda Simmons repeated the call for the British to leave the country.

The leaders of the G7 countries – the UK, the US, France, Germany, Italy, Canada and Japan – will hold a virtual meeting to consider their response.

European Commission President Ms von der Leyen said a package of large-scale and targeted sanctions would be presented to European leaders for approval.