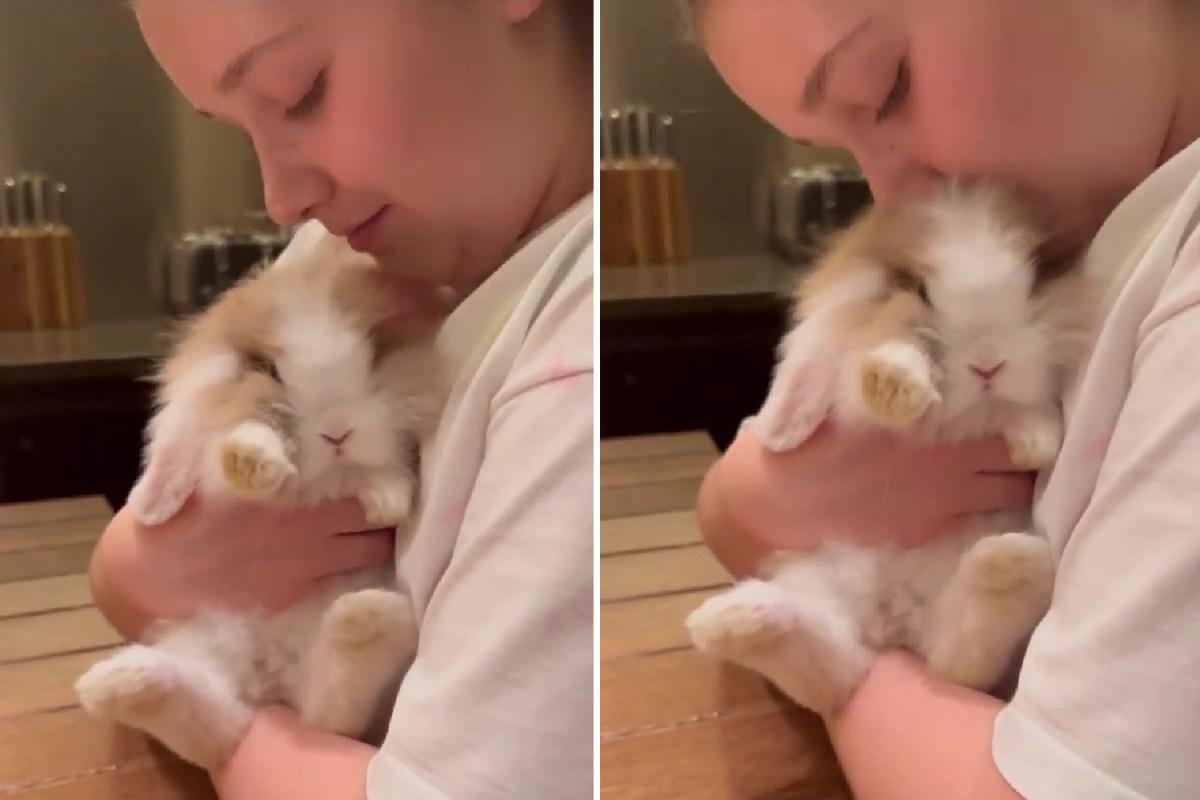 Victoria Beckham has shared a cute video of her daughter Harper snuggling up to her pet bunny.

The former Spice Girl got excited while filming footage of a ten-year-old girl snuggling up to a tiny bunny named Coco.

Victoria, 47, captioned the Instagram story: “The cutest not-so-little feet!” when she giggled at the size of the animal’s paws.

The designer then asked, “Do you love her?”

To which the preteen exclaimed, “I love her!”

“You feel so good with her,” added Victoria, finishing the video.

Dad David, 46, shared snaps of the bunny on social media as he and Harper took turns hugging her.

“Good morning,” the former England footballer captioned the picture of a tiny white and beige rabbit.

He then added a photo of his daughter enjoying cuddling with her new pet.

Cruz, who turned 17 on Sunday, recently confirmed that he is embarking on a career as a singer and will be working with the writer who helped Justin become a superstar.

He was in the studio with Poo Bear, who wrote the Canadian songs Yummy, What Do You Mean?, Intentions and Where Are U Now.

Cruz, who is trying to take the charts 25 years after his mom did with the Spice Girls’ Wannabe, teased, “We were just in the studio a few times and wrote a few songs together.”

Cruz released the holiday single If Everyday Was Christmas for charity in 2016, but this time he’s taking it seriously.

In a new interview with iD magazine, Cruz explained: “I thought I wanted to play football and I did it for a while.

“At that moment, I just decided that this is exactly what I want to do.”