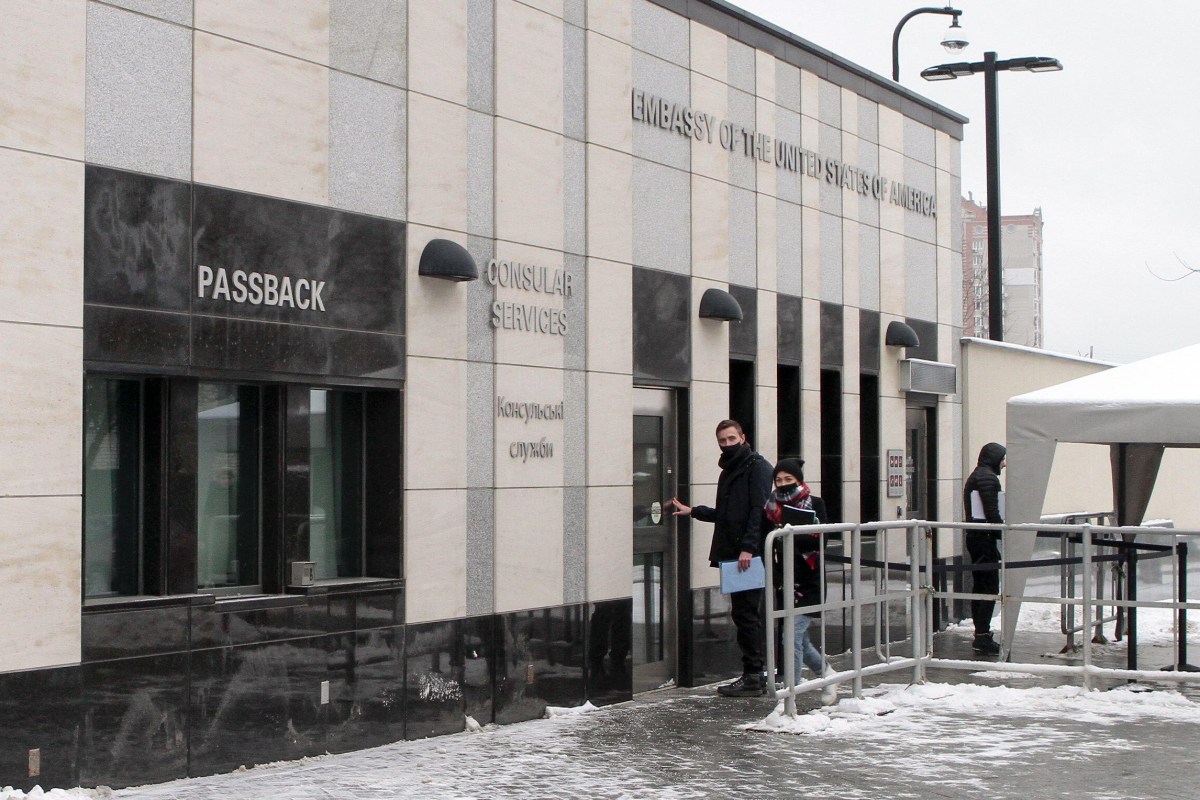 The United States has reportedly pulled all embassy personnel out of Ukraine after Vladimir Putin ordered troops into the country held by rebels.

Putin signed decrees to parliament, making Russia the first country in the world to recognize the two mini-states he created in 2014 when he orchestrated a land grab.

And in a few moments it became known that all employees of the US Embassy in Ukraine would leave the country “for security reasons.”

“The embassy previously relocated from Kiev to the western city of Lvov. Now they are moving to Poland.”

The source said US officials intend to return personnel on Tuesday morning if Russia does not invade.

Meanwhile, the State Department and the National Security Council declined to comment.

The last paragraph of Putin’s instruction to parliament stated that he was ordering the Russian armed forces “to ensure peacekeeping on the territory of the Donetsk and Lugansk People’s Republics.”

Last night it was reported that the Russian parliament is adopting plans to build military bases in the self-proclaimed Donetsk and Lugansk for 10 years.

The move triggered a massive mobilization of forces in Ukraine, where a bloody campaign of resistance is likely to begin if Russian forces continue their advance.

Last night, in his address to the Russian people, Putin said: “We demand that those who have seized power in Kiev immediately cease hostilities, otherwise the responsibility for the ongoing bloodshed will fall entirely on the Ukrainian regime.”

The former KGB officer’s rhetoric slapped Western peacekeepers in the face and dashed hopes for a diplomatic solution through a summit meeting with US President Joe Biden.

And this further increased tensions with the West amid fears of a global escalation of World War III.

In a phone call with President Zelensky, Biden reiterated his plans to impose sanctions on Russia, adding that the US would respond “quickly and decisively” to prevent Russian aggression.

And he assured President Zelensky of “the commitment of the United States to the sovereignty and territorial integrity of Ukraine.”

Boris Johnson will also headline a Cobra meeting on Tuesday to coordinate the UK’s response, including tough new sanctions on Russia.

The prime minister will use the Cobra meeting, which is scheduled for 6:30 am, to “coordinate the UK’s response”, including agreeing on a “significant package of sanctions to be implemented immediately,” spokesman No. 10 said.

They warned that the prime minister believed an invasion was “really possible in the coming hours and days.”

And they added: “The Prime Minister strongly condemned the Kremlin’s decision today to recognize Lugansk and Donetsk as independent states and said that this step rendered the Minsk agreements and the process unworkable.”