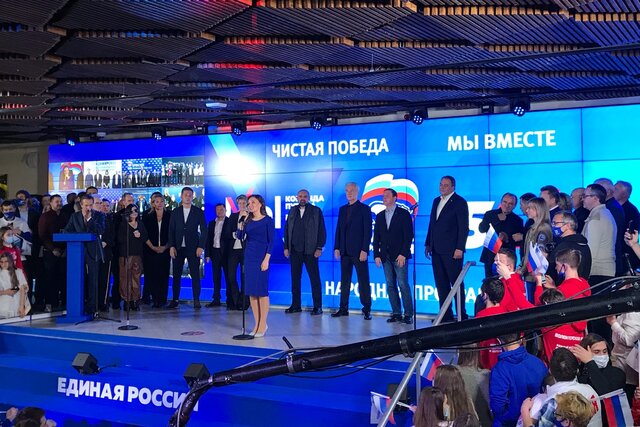 The United Russia party is gaining about 50 percent of the seats. In single-mandate constituencies, given the results, they will have more than 300 mandates – a constitutional majority. The Communists have 19.5%, the Liberal Democratic Party – 7.5%, and “Fair Russia” – about 7%. It looks like the fifth party is going to the State Duma – the newcomers get a little over 5%. With electronic voting, everything is very dubious: Moscow’s results (which are two million voters) have not yet been published. Six more regions (Sevastopol, Kursk, Murmansk, Nizhny Novgorod, Rostov and Yaroslavl) voted by a wide margin – there “United Russia” is gaining 54%. In all provincial elections, the current heads of regions win. Mikhail Digtyarev won in the Khabarovsk region, while Ramzan Kadyrov won 99.7 percent of the vote in Chechnya. Observers counted hundreds of violations. In St. Petersburg, members of the Election Commission were detained – the election results were not published until 3 p.m. The CEC called the election extremely transparent. On Pushkinskaya Square in the center of Moscow – Columns of transport vehicles.

The famous Michelin guide finally arrived in Russia. Why is there so much controversy about it? Does he only recommend very expensive restaurants? Is it for tourists or locals? Answers to questions about Michelin stars