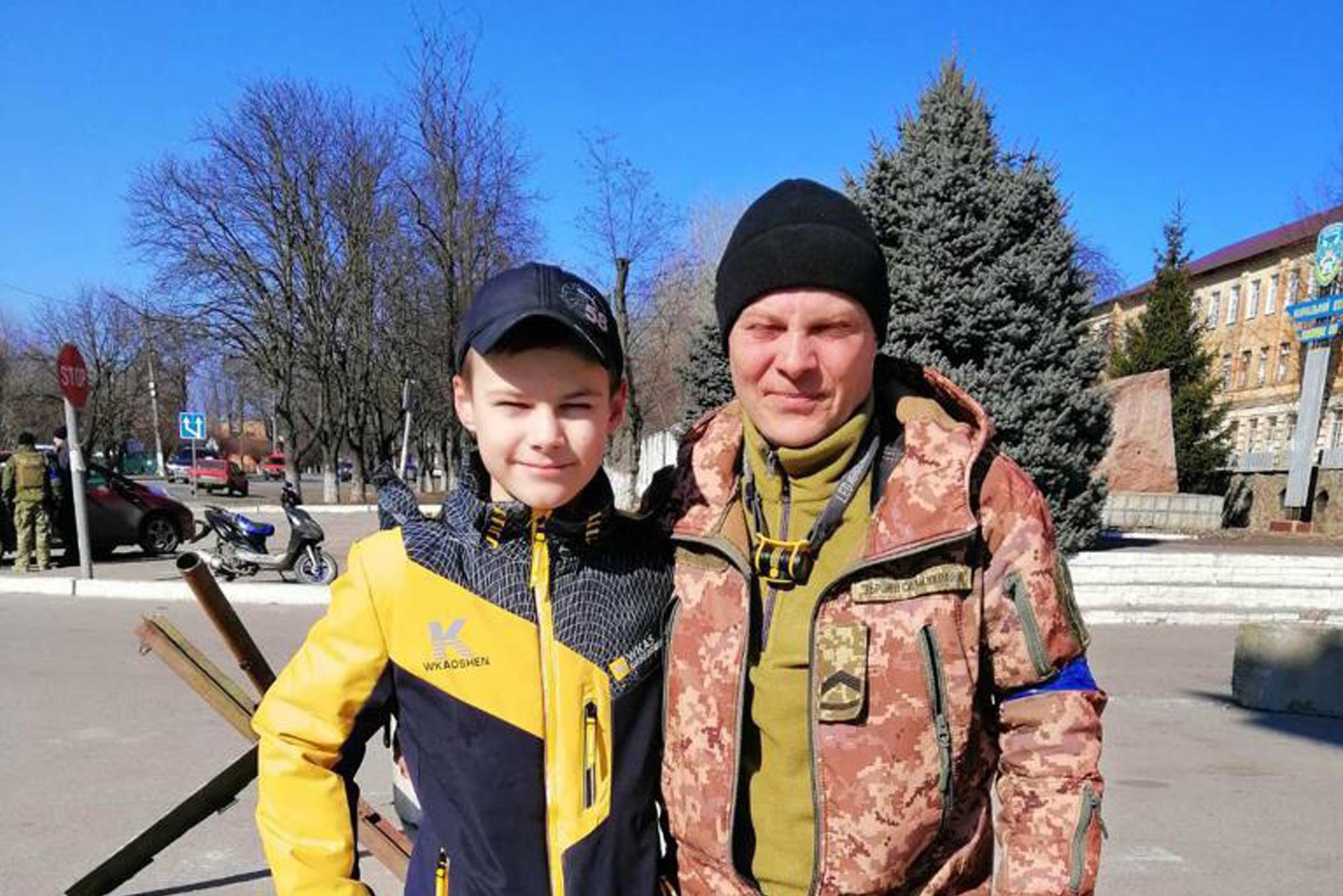 Steve Kardowney’s brother-in-law Sasha, who remains in Ukraine to fight invading Russian troops, says goodbye to his 14-year-old son, Yura, who is now a refugee.

More than two million people have arrived in Poland, where officials in Warsaw estimate the city’s population of 1.8 million has increased by 17 percent due to incoming refugees.

Phillipo Grandi, UN High Commissioner for Refugees, said: “Among the responsibilities of those who wage war around the world is the suffering inflicted on civilians who are forced to leave their homes. The war in Ukraine is so devastating that ten million people have fled, either within the country or as refugees abroad.”

The European Union made the right decision by allowing a visa-free regime for Ukrainians fleeing the conflict. On the contrary, as of Sunday, our Home Office said that 8,600 visas had been issued under the UK Family Reunification Scheme out of a total of 53,600 applications filed, further evidence that the Scottish Government was justified in deciding last week to become “Super Sponsor”, thereby allowing Ukrainians without family members living in the UK to seek asylum here.

There are no easy answers, and individual choice takes many forms, but many have been forced to make decisions they once didn’t see as necessary in their worst nightmares.

While most men chose to stay and fight, others between the ages of 18 and 60 are banned from leaving the country and are encouraged by the Ukrainian government to join. So, hundreds of thousands of families are broken up, including my wife. Her two brothers had to say goodbye to their wives and children as the latter are sent to a neighboring country in search of asylum.

In the photo accompanying this column, my wife’s brother Sasha, who serves in the Ukrainian armed forces, is saying goodbye to his 14-year-old son Yura, both hoping to see each other again in Ukraine someday. Her other brother, Gene, had to do the same with his wife Katya, nine-year-old daughter Emma and nine-month-old son Timofey.

Like many men in Ukraine, they had to endure the pain of not knowing when they would see their family members again and even if they would be seen at all. These are the emotional tolls of war that are rarely seen, but no less tangible.

Posing for pictures, trying to lighten the situation for the sake of the kids, while at the same time suppressing the intense heartache that you know will never subside until you are reunited.

This is the price that refugee families pay.