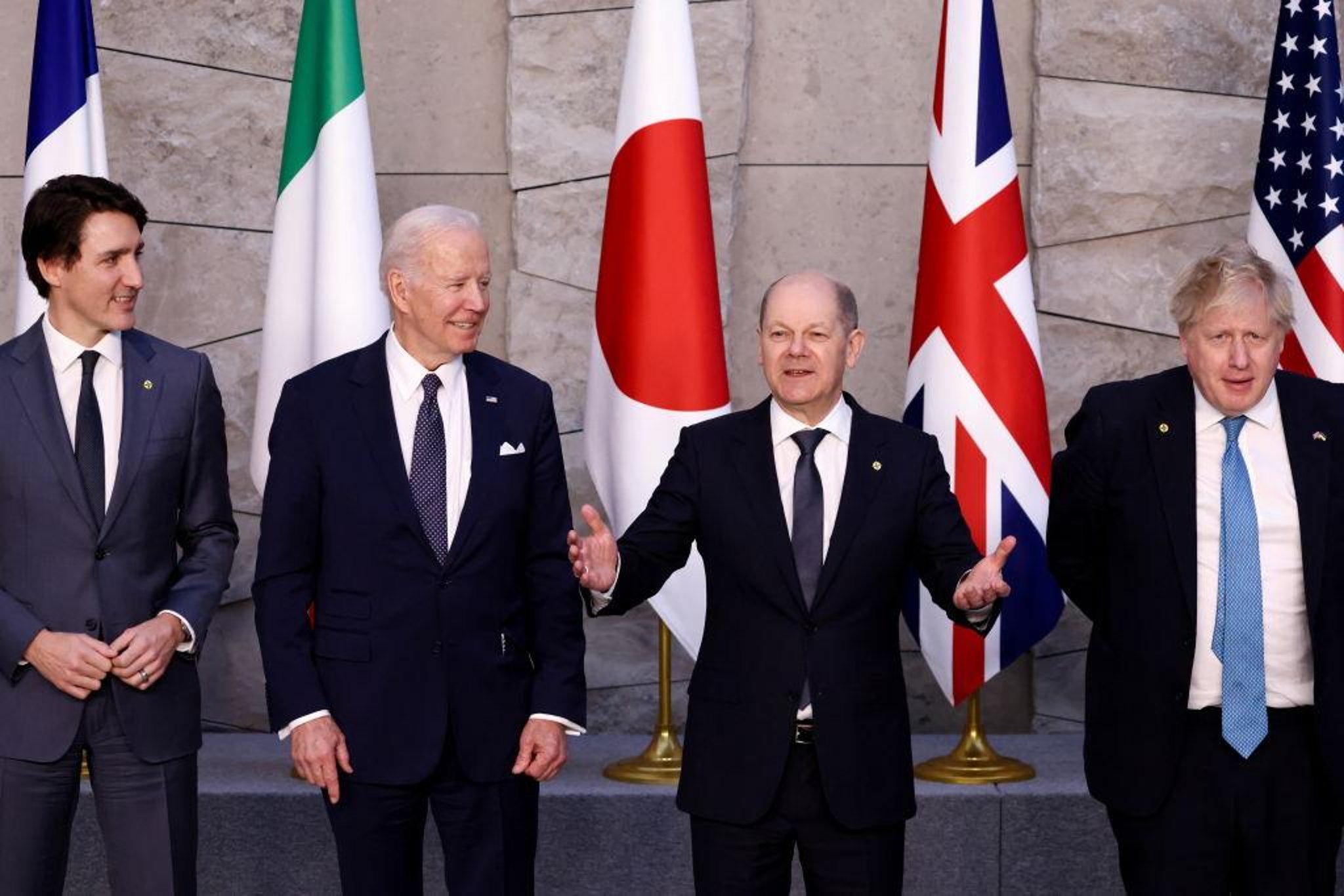 The defense alliance also urged China not to support Russia’s military actions in Ukraine and not to help Vladimir Putin avoid sanctions imposed after the invasion. Mr. Stoltenberg urged Beijing to use its “significant influence” with Russia to push for an immediate peaceful resolution to the crisis.

Mr. Stoltenberg, whose mandate as Secretary General yesterday was extended for another year to help guide a 30-nation military organization during the crisis, said: “Today we agreed to do more, including cybersecurity assistance and equipment to help Ukraine defend itself. from biological, chemical, radiological and nuclear threats”.

This may include detection equipment, protective equipment and medical supplies, as well as decontamination and “crisis management” training.

Mr. Stoltenberg said elements of NATO’s chemical, biological, radiological and nuclear defenses have been activated and “we are taking steps both to support Ukraine and to protect ourselves.”

The NATO statement described the situation as “the most serious threat to Euro-Atlantic security in decades.”

It added: “Russia’s unprovoked war against Ukraine represents a fundamental challenge to the values ​​and norms that have brought security and prosperity to everyone on the European continent. President Putin’s decision to attack Ukraine is a strategic mistake with serious consequences for Russia and the Russian people as well. We remain united and determined to resist Russian aggression, help the government and people of Ukraine, and protect the security of all allies.

Asked whether the decision to increase protection against chemical and nuclear weapons is based on reliable intelligence, Stoltenberg said: “We are concerned in part because we see the rhetoric and see that Russia is trying to create some kind of pretext – blaming Ukraine, the United States, allies for NATO is for preparations for the use of chemical and biological weapons.

According to him, any use of chemical weapons “will completely change the nature of the conflict, will be a flagrant violation of international law and will have wide-ranging consequences.”

He added that Russia had used chemical weapons before, including in Salisbury, and supported the Assad regime in Syria.

It comes after the Association of Ukrainians in the UK (AUGB) urged the West to continue supporting Ukraine as the war enters its second month, warning that any waning of Western military support for Ukraine “will fuel its ambition to rebuild the Soviet Union.” sphere of influence”.

The AUGB said: “The invasion of Ukraine showed the world that Ukrainians are determined to fight for their freedom with the inspiring strength and resilience that stopped Russian invading forces in their path. This cost the civilian population dearly. Russia’s total disregard for human life has led to a humanitarian crisis, with thousands of people still trapped in bombed-out cities or denied access to water and food.

“We call on the UK government and its NATO partners to continue to support Ukraine in every possible way. The highest priority is to end the war by providing Ukraine with the weapons and equipment it needs to repel resistance. air defense, as well as means of protection for the territorial defense forces of Ukraine. Western partners should not believe that Russia is serious about the world, while Russia continues to kill innocent civilians. President Putin understands only strength and any weakening of Western military support for Ukraine will simply fuel his ambition to recreate a Soviet sphere of influence.”

Meanwhile, the World Health Organization (WHO) has warned that one month of war has had a devastating impact on Ukraine’s health care system, severely restricting access to services and creating an urgent need for the treatment of injuries and chronic diseases.

In a detailed report on the first 28 days of the war, the WHO said that about seven million people in the country are internally displaced, and the number of people who have fled to neighboring countries is approaching four million, according to the WHO. every fourth Ukrainian. Separate data released by UNICEF showed that half of all Ukrainian children have been displaced since the start of the war.

The health authority warned that the problems exacerbated the plight of those suffering from non-communicable diseases, with data from the International Organization for Migration (IOM) indicating that one in three of those who were internally displaced suffer from a chronic illness.

The WHO said a number of hospitals have been repurposed to care for the wounded, which it says is being done at the expense of basic services and primary health care, and treatment for chronic conditions such as cancer has “all but come to a halt.”

The WHO said there were 64 confirmed attacks on medical facilities in the 25 days to March 21, resulting in 15 deaths and 37 injuries.

Read more: Ukraine-Russia: Scotland should not create a “two-tier system” for refugees

“Attacks on medical facilities are a violation of international humanitarian law, but an alarmingly common tactic of warfare — they destroy critical infrastructure, but worse, destroy hope,” said Dr Jarno Habicht, WHO Representative in Ukraine. “They deprive already vulnerable people of care, which is often a matter of life and death. Public health is not and should never be the goal.”

The WHO added that about half of Ukrainian pharmacies are considered closed, and Covid vaccinations and routine immunizations have also been discontinued. Many healthcare workers have themselves been fired or are unable to work.