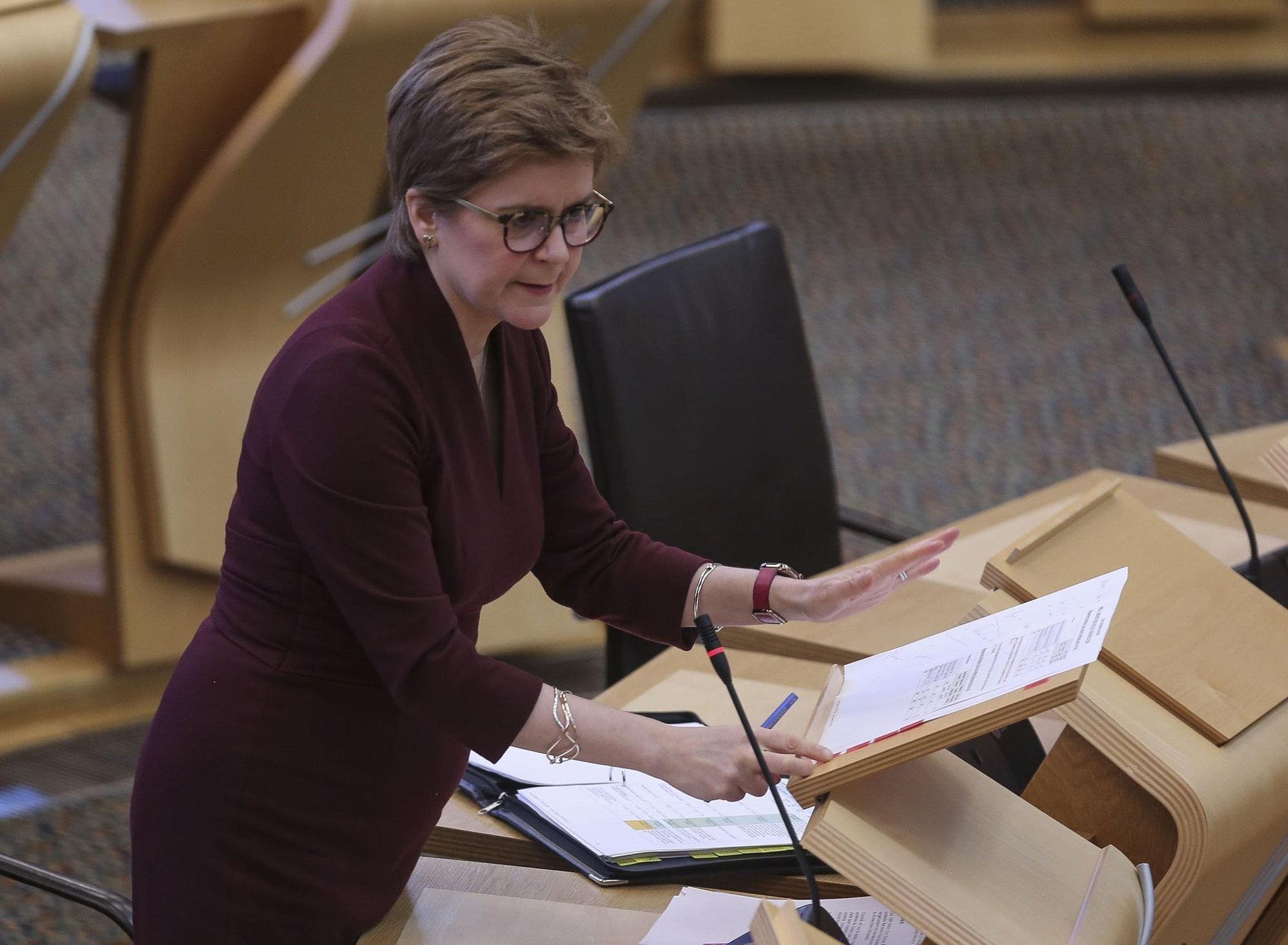 The leaders of the Scottish political parties made statements about the invasion of Ukraine.

Ms Sturgeon, speaking with other party leaders ahead of the First Minister’s Questions in Holyrood on Thursday, also called Russian President Vladimir Putin an “autocrat”.

Russia launched an invasion of Ukraine overnight as troops crossed the country’s border, forcing thousands of Ukrainians to flee their homes.

Ms Sturgeon said Putin’s power could make him “impregnable” because of his control over the “state apparatus”, the military and the media.

However, she added, “But, like most strong male leaders, under the guise of power lies insecurity and fear. Fear of democracy, fear of freedom, fear of popular uprisings, which in recent years have been observed in Ukraine, ever occurring in Russia.

The SNP leader called the invasion a “critical moment in history”, saying it was “perhaps the most dangerous and potentially the most defining moment since World War II”.

She added: “We are living in this moment, but it is true to say that historical priority will be set in the coming hours and days. They will define new norms for what is acceptable and what is not in our international order.

“Future generations will be the judge of the actions the world will take at this moment.

“There are many difficulties, of course, but basically it is a clash between oppression and autocracy, on the one hand, and freedom and democracy, on the other.

“We must all ensure the triumph of freedom and democracy.”

Scottish Conservative leader Douglas Ross said the world was “much darker and more unstable than when we went to bed last night”.

Focusing on the impact of the war on the people of Ukraine, Mr. Ross said it was now clear that “Putin’s only intention was war.”

He said the images of those fleeing Ukraine were “hard to watch for all of us,” adding that entire communities would be displaced, causing “lifelong scars, both physical and mental.”

Mr Ross added: “I have always thought and hoped that a war of this magnitude in Europe is something I only learn about in history class at school.

“But, unfortunately, after this morning it has again become a part of our daily life.

“I stand with the UK government and allies around the world in their condemnation of this war with Russia and their united efforts to prevent further bloodshed.

“We can only hope and pray that they succeed, and we support the people of Ukraine.”

Scottish Labor leader Anas Sarwar called for “urgent humanitarian assistance” to support the people of Ukraine, saying the invasion was a “black day” for Europe and the world.

He also called for “the toughest sanctions” against Russians associated with Putin and called for action against the influence of Russian money and disinformation.

Mr Sarwar said: “Today, the hard-won and fragile peace in Europe has been shattered. Vladimir Putin’s attack on Ukraine is unprovoked and unjustified.

“Today it is clear to the whole world: peace and democracy must prevail, and we will not submit to the imperial ambitions of Vladimir Putin.”

Patrick Harvey, one of the leaders of the Scottish Greens, said Ukrainians have an “inalienable right to self-determination”, saying the nation is “European” and its people have made this clear “time after time”.

He said no level of sanctions should be ruled out, saying action against Russian state-backed companies and other entities should be “quick”.

Mr Harvey said: “Today’s escalation of the Russian invasion, which began in 2014, is a flagrant and flagrant violation of international law, which must be answered in the most comprehensive way.

“Now it seems inevitable that in the coming days, weeks and months there will also be a significant flow of refugees from Ukraine.

“I believe Scotland is ready to play its part to support them in every way possible.”

Alex Cole-Hamilton, leader of the Scottish Liberal Democrats, highlighted the fact that Edinburgh is twinned with the Ukrainian capital Kiev, adding that it “must mean something”.

He said all those fleeing Ukraine should be offered “safe harbor in the villages and towns of Scotland”.

Mr. Cole-Hamilton said: “They [Russia] violated international law and threatened the very fabric of peace and security in our world.

“It is very likely that the invasion will result in a catastrophic and completely unnecessary loss of life.

“Today, the parliament and all parties in it speak with one voice. We categorically condemn the expansionist aggression of the Russian regime and stand in full solidarity with the people of Ukraine.”