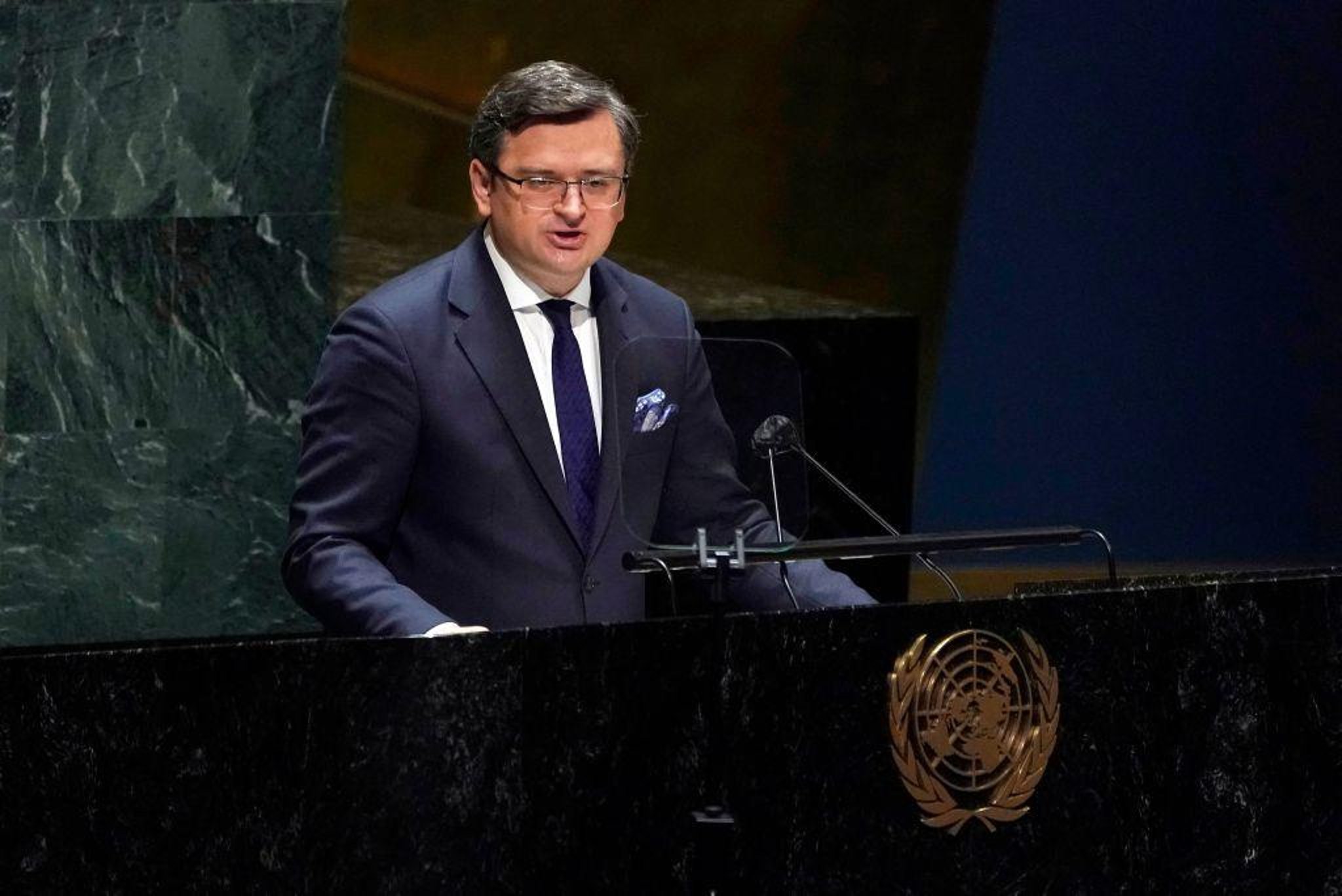 Ukrainian Foreign Minister Dmytro Kuleba called on the international community to “sever all ties” with Russia.

Mr. Kuleba’s comments came after a press conference with Russian Foreign Minister Sergei Lavrov, in which he stated that Russia could not recognize the current Ukrainian government as democratic.

Ukraine-Russia: When did Kiev turn into Kiev? Is Kiev the same as Kiev? Kiev or Kiev…

Mr. Kuleba said: “Terrible Russian missile attacks on Kiev. The last time this happened to our capital was in 1941, when Nazi Germany attacked it. Ukraine has defeated this evil and will defeat it. Stop [Vladimir] Insert. Isolate Russia. Break all ties. Kick Russia out of everything.”

The Ukrainian Ministry of Defense took to Facebook asking residents of the northern outskirts of Kiev, where Russian tanks entered on Friday morning, to prepare Molotov cocktail bombs “to neutralize the enemy.” Residents of the Obolonsky district were also advised to stay at home in order to avoid “active hostilities.”

Russian government minister Mr. Lavrov said that Russian-speakers are being denied the opportunity to speak their native language in schools and in everyday life, such as shops and public places. But he insisted that Russia provide Ukraine with an “independent” government that would reflect Ukraine’s “diversity”.

Ukrainian President Volodymyr Zelensky has denied allegations of a genocide of Russian speakers in his country’s eastern breakaway regions, as well as accusations of Nazism within the Ukrainian government.

Mr. Lavrov said: “Is it acceptable in democratic societies to say that people who live in one part of the territory of Ukraine are not people, but “species”, as Zelensky defined them?”

He added: “We will do everything so that the Ukrainian government is independent and represents the diversity and diversity of the Ukrainian people. At the moment it is under external control in order to support the Nazi philosophy – it is under the control of the West.

He said: “We want the Ukrainian people, all people living on the territory of Ukraine, to have the opportunity to determine their future. Russia will ensure the demilitarization of Ukraine, Russia will liberate Ukraine from Nazism.”

Mr. Zelensky, who is Jewish, made a statement directly to Mr. Putin on Thursday.

He said: “Ukraine in your news and Ukraine in real life are two completely different countries – and the main difference between them is that ours is real. They tell you that we are Nazis. But could the people, who lost more than eight million lives in the battle against Nazism, support Nazism?

The Ukrainian president added: “How can I be a Nazi? Explain this to my grandfather, who went through the entire war in the infantry of the Soviet army and died as a colonel in independent Ukraine.”

Zelensky said that three of his grandfather’s brothers were previously killed during the Holocaust.