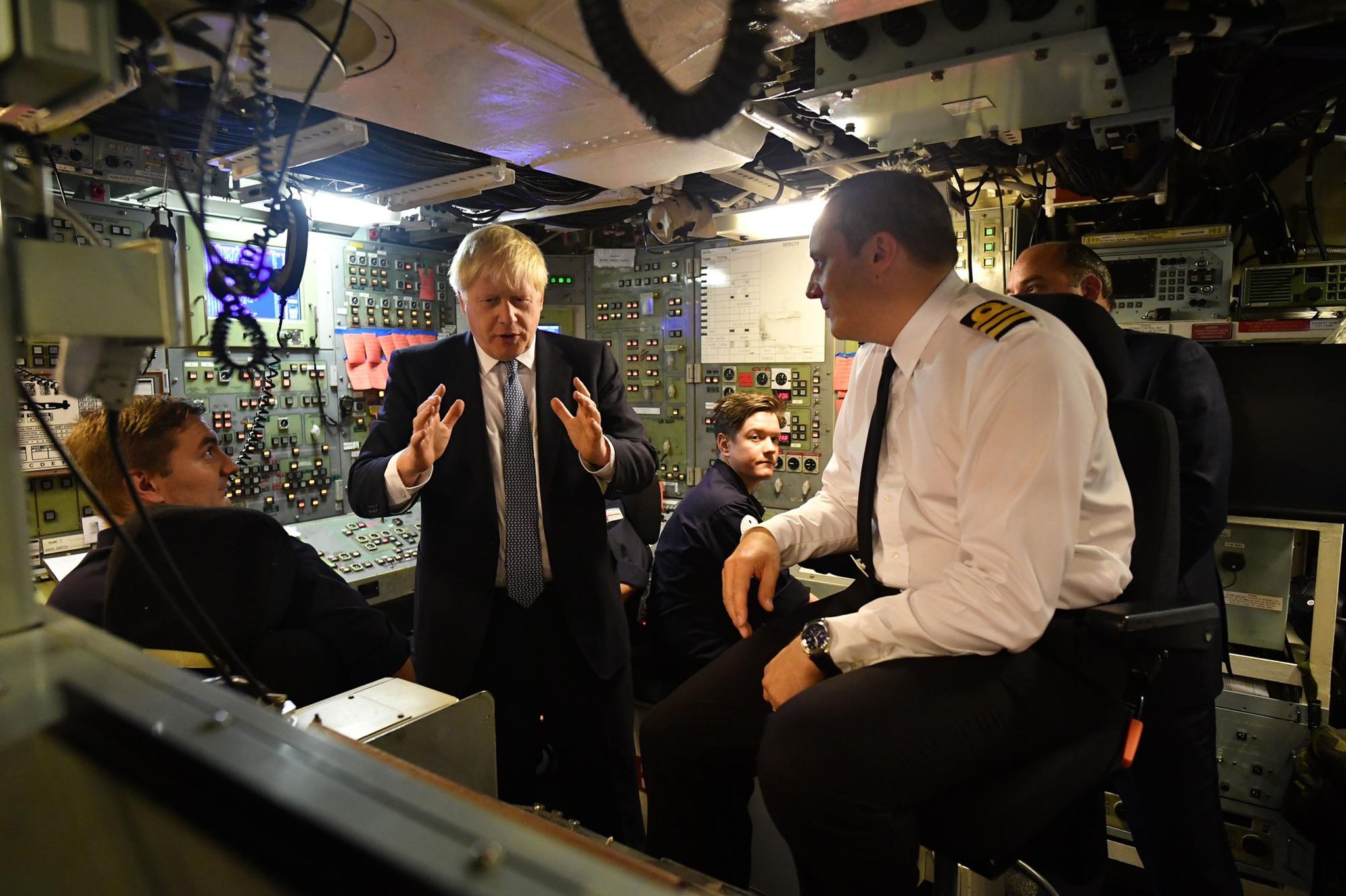 Boris Johnson chats with crew members of the Vanguard-class submarine HMS Victorious during a visit to Her Majesty’s Clyde Naval Base at Faslane (Photo: Jeff J. Mitchell/pool/AFP via Getty Images)

Nowhere are these skills more evident than in the Scottish defense sector.

Today, I am proud to visit our members at HM Naval Station Clyde, who are part of a team of nearly 7,000 highly trained defense professionals who keep us safe. Visiting members is one of the highlights of my time as general secretary of the Prospect union, whether on the Clyde, those who help keep the light on in the energy sector, in aviation, or our members who deliver vital public services.

Members of our Defense Force are dispersed throughout the Clyde facilities and in the public and private sectors servicing our submarines, including our sovereign nuclear deterrent.

Talk of sovereignty and reclaiming control has been a regular occurrence in political discourse in recent years, especially in the independence and Brexit debates. But, despite this, there really was a lack of targeted actions by the government to maintain control and sovereignty over the most important industries.

In recent weeks, we have seen the danger of outsourcing vital sovereign capabilities. The inability of successive governments to invest in new domestic nuclear power plants along with renewables has left us at the mercy of a global gas bidding war in which consumers are paying the bill.

In the distance, some of our European neighbors are struggling to deal with Russian threats to Ukraine’s sovereignty due to their dependence on Russian gas for their energy needs. Energy security is a prerequisite for a principled security and defense policy.

Tensions on the border with Ukraine: Putin’s latest peace talks are a “welcome sign” of the conflict…

The importance of maintaining a sovereign defense capability in a volatile world is even more evident. Decades of defense relationships and partnerships have come under threat as the election and the Trump administration’s approach have highlighted the dangers of over-reliance on allies in our defense strategies.

At the same time, we have witnessed the thaw of the Cold War and China, which has already brutally cracked down on freedom in Hong Kong, on maneuvers in the South China Sea.

This global instability, which threatens the world order of the late 20th century, makes one think about the need to invest in British industry in the four countries of the UK, especially when it comes to defense. The UK government spends almost £300bn a year buying goods and services from outside suppliers – money that could be invested in highly skilled, well-paid jobs here in the UK.

The Westminster government is signaling its agreement by weighing “social value” into bidding decisions, requiring a range of implications to be considered, including domestic job creation, the environment and the recovery from Covid.

But despite the rhetoric, there is still a short-sighted head-price fixation when it comes to public contract giveaways that risk jobs here in the UK and invest in them overseas.

In 2020, for example, the Department of Defense announced that the UK would equip its new Apache helicopters with US-made missiles from Lockheed Martin, despite a competitive bid from British firm MBDA, which has 4,000 employees across the UK.

Too little attention is given to the impact of directing government spending abroad rather than investing in our national and regional economies and communities: the “social value” test is only ten percent of the contract bid score. For the leveling up to be anything more than lofty rhetoric and press releases written in London, this has to increase.

The ongoing tender for ships that support our Royal Navy ships, known as the Fleet Support Programme, is an opportunity for the government to demonstrate its commitment to maintaining good jobs and sovereign defense capabilities here in Scotland.

For now, we have a vague commitment to extend shipbuilding until the end of the decade. We need this to be solidified along with a commitment to invest in British design as well as manufacturing to create a stable drumbeat of work that supports jobs and skills at the Rosyth shipyard.

But if price is more important than all other considerations, the future is more uncertain – not just for Scottish defense workers, but for the thousands of people in the supply chain and for the local economies that benefit from doing well. paid work by spending their money at local businesses.

Prospect is proud to be a politically independent trade union. I will work with any government in Holyrood or Westminster to help our members, whether Nationalist or Unionist, Right or Left. Every political party has an interest in supporting good jobs and sovereign opportunity here in the UK.

As Scotland transitions to zero carbon and moves away from high-carbon industries including oil and gas, these highly skilled defense jobs that leverage engineering and technical skills will matter more than ever.

Prospect will fight for a just transition that does not repeat the failures of shipyard, steel and coal closures – a transition that protects jobs, skills and expertise and keeps communities flourishing across Scotland.

Mike Clancy is the general secretary of Prospect, which represents 11,000 scientists, engineers and defense industry managers in both the public and private sectors.