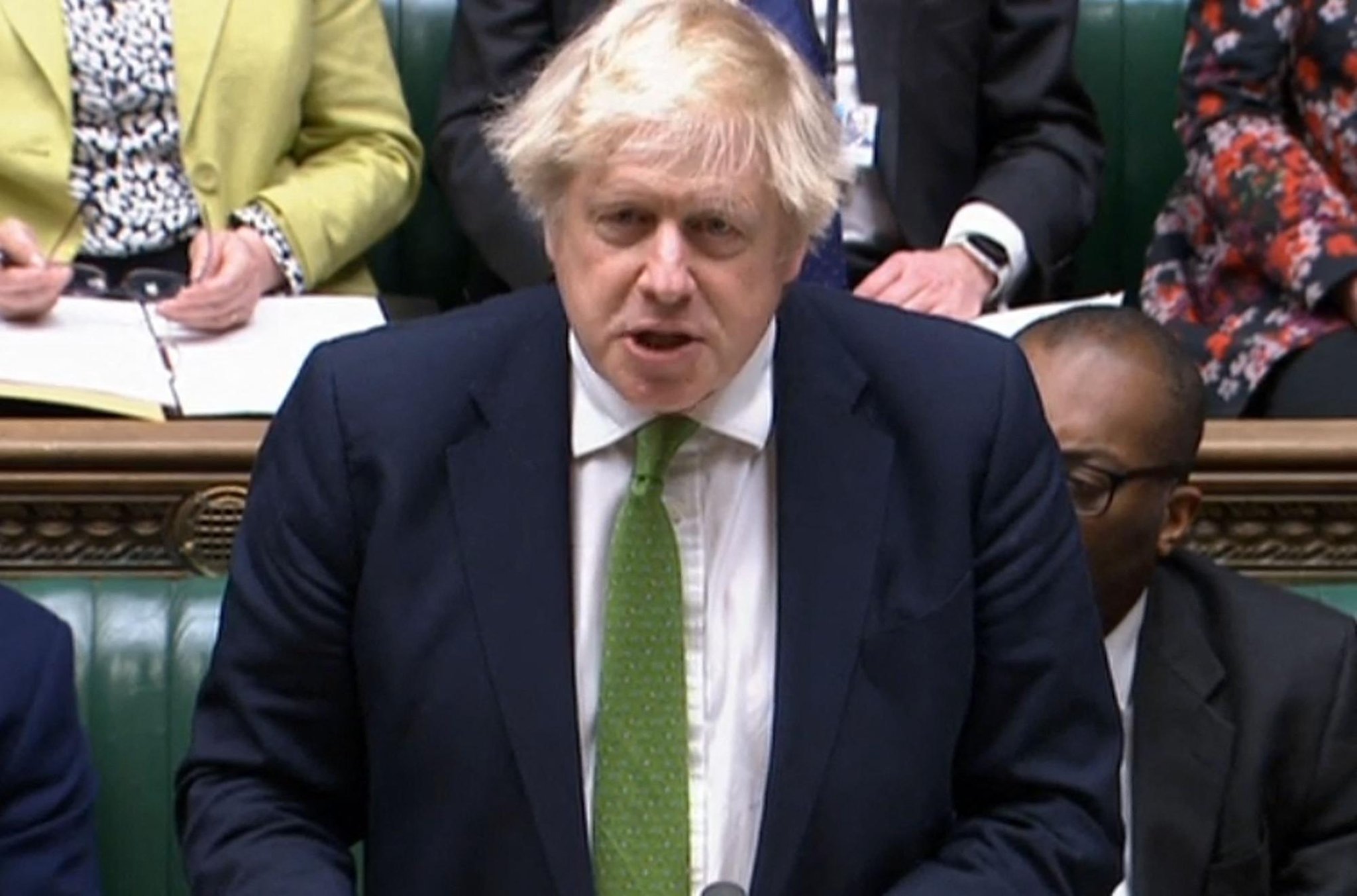 While German Chancellor Olaf Scholz has signaled that he intends to shut down the Nord Stream 2 gas pipeline, other countries on the continent are less assertive: Italy and Austria are in favor of a more phased approach, while Vladimir Putin’s allies, like the Hungarian Viktor Orban, are all also talks about diplomacy.

With such divisions, is it not too much to expect the UK to show moral leadership in the face of an invasion of European democracy? If the prime minister’s statement in the Commons on Tuesday afternoon is a guide, then the answer is yes.

Even by the standards of Johnson’s bluster, the idea that Britain’s sanctions against Russia are hitting hard hits new depths. Focusing on five banks, its scope and definition is woefully narrow, and all three targeted Russian wealthy individuals — Gennady Timchenko, Igor and Boris Rotenberg — have been under US sanctions for several years.

Mr Johnson said the announced actions represent the “first flurry” of what the UK is ready to do. He might as well fire a party popper because that would unsettle Putin.

The Prime Minister and his party have long been accused of being unwilling to end Britain’s shameful role as a laundromat for Russian money and reputation. Such accusations have now been given additional credibility.

The crisis in Ukraine has drawn furrows in Whitehall and harsh rhetoric, but when it comes to action, our government’s lackadaisical response mocks its promise to stand shoulder to shoulder with Kiev.

Prime Minister Boris Johnson announced limited sanctions against Russia on Tuesday in the House of Commons. Image: AFP via Getty

The influx of dirty Russian money into London’s crowded real estate market is one reason Putin is able to play Russian military muscle and operate with such impunity.

Our tolerance for Kremlin-backed oligarchs is not accidental. It is the product of a professional services system designed to support and protect the super-rich, populated by a phalanx of lawyers, real estate agents, consultants, accountants and public relations professionals. As long as the money keeps coming in, the hard questions are put off.

That’s why, when Russia invaded Crimea in 2014, a photographer took an insightful photo of a document being carried by a National Security Council official on their way to Downing Street. Any plans by the EU to take action against Moscow, the document notes, should not “close the London financial center to Russians.”

While the British craze for kleptocratic wealth has since raised the political agenda, protecting London’s economy remains a priority.

Four years ago, after the Salisbury poisoning, Ben Wallace, then security secretary, stressed that more was being done to scrutinize the fortunes of Russians investing tens of billions of pounds in London.

At the time, Mr Wallace explained that the biggest hurdle to action was the UK’s EU membership. Once this is over, he said, he will be able to impose sanctions unilaterally. It was an absurd statement then, and even more so now.

Wallace, now a high-profile Secretary of Defense, has been widely praised for his strong response to the Ukraine crisis, but the announced sanctions fall short of that stupefaction.

The grim truth is that the system of scrutiny that should be in place to curb bad faith and assess the origin of the wealth pouring into London and other countries remains so weak that it can be considered non-existent.

The Financial Sanctions Enforcement Authority, hailed as a progressive enforcement agency, imposed only six fines in the past six years, with only one imposed in the 12 months to the end of March 2021, when it received reports of 132 fines. potential violations.

Considered the UK’s first line of defense against organized crime and money laundering, the National Crime Agency is miserably resourced and capable of only modest prosecutions.

Heralded as a revolutionary legislative breakthrough against dirty money, inexplicable welfare orders are used so infrequently as to remain an anomaly.

The recommendations set out in the 2018 Gold of Moscow report of the Committee on Foreign Affairs, which details the consequences of laundering corrupt assets in London, remain nothing more than expectations.

A review of the investors who took advantage of the so-called golden visa scheme between 2008 and 2015, launched in the aftermath of the Salisbury atrocity, has yet to be released.

A date for the much-lauded Economic Crimes Bill has yet to be set, and a new register of beneficial owners of foreign entities owning or buying property in the UK has been lost in the gears of Whitehall, despite having been first promised back in 2016.

Companies House, perhaps the most embarrassing example, continues to allow the registration of shell companies and limited partnerships that help funnel suspicious funds around the world, and turn a blind eye to apparently fictitious documents. That is why, for example, a certain “Adolf the Tooth Fairy Hitler” until recently was listed as the secretary of a quarry in West Yorkshire.

At the risk of stating the obvious, this is all deeply humiliating, and it explains why officials in Washington and Brussels are increasingly alarmed and uneasy about how Londongrad and its affair with Russian money is undermining its own security efforts.

What hope is there for sanctions against Russian aggression abroad if the UK turns a blind eye to Russian corruption at home? Mr. Johnson may say he’s taking action, but that’s a bluff. Until that changes, the prospect of a coherent strategy to counter Putin’s worst instincts remains bleak.