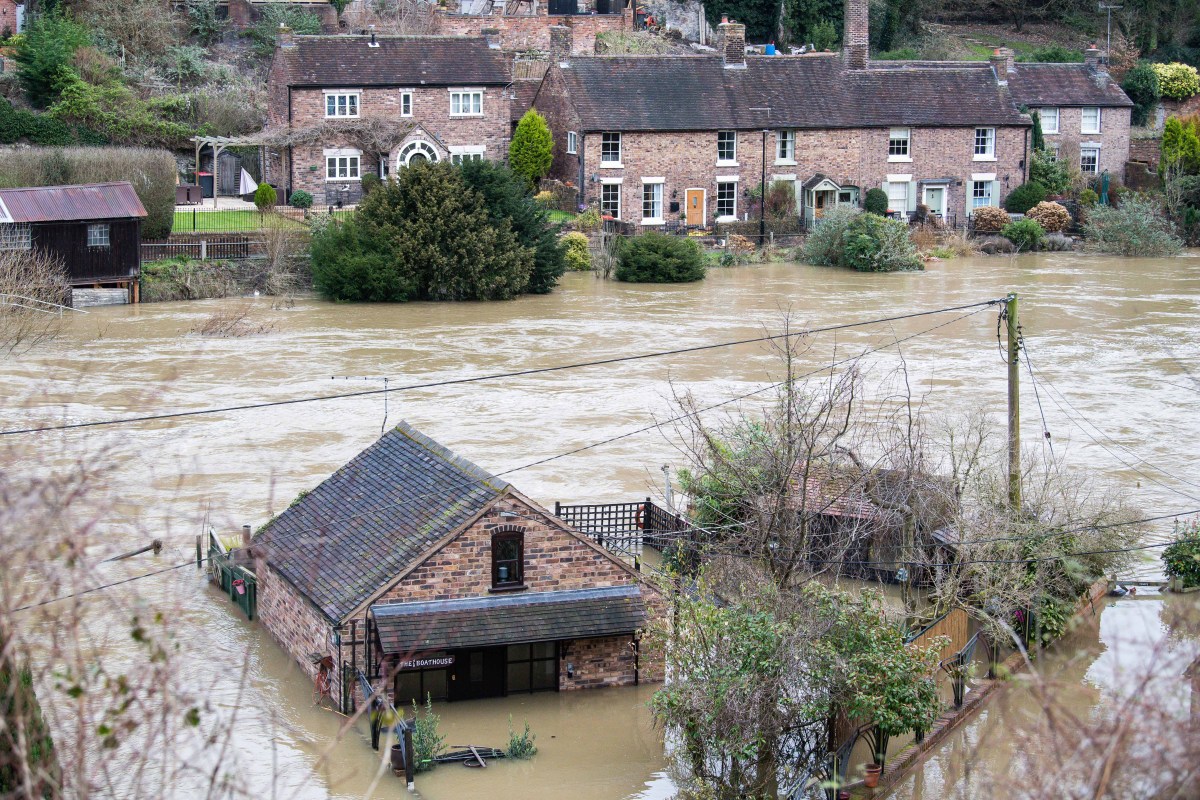 Heavy and stormy downpours will wash over Britain for at least the next two days, and thousands of people must be on the alert to evacuate their homes.

There are two severe flood warnings in effect in England, 116 warnings and 118 warnings as it rains.

The River Severn will bear the brunt of the lashes, where rising water levels pose a “serious danger to life” and residents are urged to “act immediately.”

Everyone living in the vicinity has been ordered to remove property and valuables from the ground or to a safe place, as well as turn off gas, electricity and water.

And the Meteorological Center “strongly recommends” residents to evacuate due to risk protection.

The warnings sparked major incidents in Worcestershire and Shropshire, with some told to only stay at home if they had enough food, water and medical supplies to last at least a week.

While the worst storm – the third to hit the country in a week – is over, there is still plenty of “unstable” weather ahead.

Met Office meteorologist Alex Deakin said: “Storm Franklin may have cleared and the weather looks calmer for most of this week, but far from calm.

“It will still be quite busy at times.

“The approach of the next weather system will bring rain to most of us in the first half of Tuesday.

“The first thing on Tuesday will be heavy rain in western Scotland and Northern Ireland, followed by a wet morning rush hour in northwestern England and north and west Wales.

“Then the next weather system will bring rain to the northwest, increasing winds.

“Dry weather across much of England but still windy as rain picked up again on Wednesday.”

Downpours and strong gusts of wind will create “difficult conditions for many.”

Britons were urged yesterday not to travel and further disruptions are expected today.

Flights to Manchester Airport were diverted to London Heathrow, Stansted, Birmingham, East Midlands, Newcastle and Dublin as strong winds made it too dangerous to land in the northwest.

Wind gusts have also paralyzed the train network, and services have been reduced since Storm Dudley and Storm Eunice last week.

All three hurricanes left 1.4 million households without power, some for as much as 72 hours.

As of Monday, 30,000 people were left without power, although last night UK Power Networks said electricity had been restored to 98% of homes.

Then tomorrow “frequent and rainy” downpours will lash northward, which will turn into snow by evening.

More rain is forecast for both Thursday and the weekend, with “windy winter showers” to the north and west.

Rail networks were clogged with flying debris and extensive damage was caused to buildings and homes, with the roof of the O2 blown off.