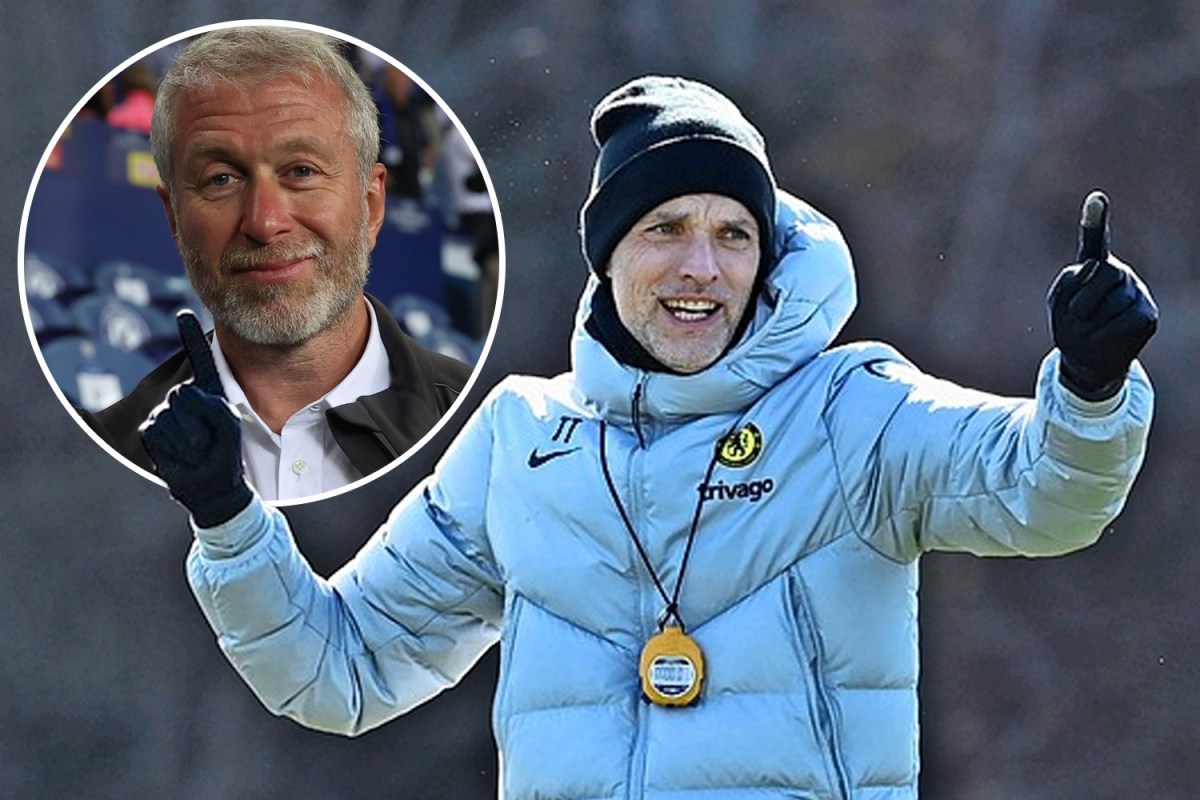 THOMAS TUCHEL is bracing for a wave of anti-Chelsea sentiment over Russia’s invasion of Ukraine.

A bloody conflict in Eastern Europe has attracted the attention of Russian billionaire Roman Abramovich and his club.

Boss Tuchel said the ‘terrible’ situation is ‘clouding everyone’s mind’ as he struggles to focus on Sunday’s League Cup final against Liverpool at Wembley.

“No one expected this. It’s pretty unrealistic, it clouds our minds, it clouds the excitement of the finale and brings a lot of uncertainty.

To some extent, I can understand the critical opinions about the club, about us representing this club.

“Much more for all the people and families who are actually more involved at the moment than we are. And our best wishes, our wishes and thoughts are obviously with them, which is absolutely important.”

Labor MP Chris Bryant believes Abramovich should be banned from owning Chelsea because he is a “person of interest” according to British intelligence.

“We are aware of this, but maybe people should understand that I as a coach or players have no idea what is really going on.

“We don’t have as much inside information as you might think, and in the end, it’s probably best not to be too politicized.

“We should not pretend that this is not a problem. The situation in general for me, and for my staff, and for everyone here, for the players, is terrible.

“I am aware of all scenarios and all discussions at the moment.

“I would like to exercise my right not to comment on this until a decision is made. But we are aware of it, and it distracts us, it worries us.

“There is no escape from this. You can’t close the doors to focus on football.”

There are fears that the Carabao Cup final will be marred by anti-Russian demonstrations as the sports world unites against the violence.

UEFA has moved this season’s Champions League final from the Russian city of St. Petersburg to Paris – the third year in a row that the venue changes venue mid-season.

Tuchel said: “Yes, and unfortunately this is the worst reason to change location. The absolute worst

“The last two times it was because of the coronavirus, and it was not good, and now we have even worse news.”

Tuchel’s plans to win a third trophy during his tenure as Chelsea boss fell apart.

He said, “We can’t say, let’s put that aside. It’s the other way around. We have to live with it right now.

“We are very, very, very privileged, so it’s a tough reality check right now. How privileged we are.

“And I don’t think it will go away, that my mind is clouded. It won’t go away for anyone. The problem is too big.

“The situation is too big, and this is not an isolated situation. This concerns Europe, this is in Europe, and we are part of Europe.

“War in Europe was unthinkable for me for a long time. The impact is clear and the discussions have an impact.

“Let’s be a little more patient and figure out what the measurements are going to be, and then we might have to sort that out.”