A pear tree is beginning to bear fruit and a piece of pumpkin is beginning to ripen, while purple-black, purple cabbage and red chard add a bright glow of color against the green.

This garden is not in the Mediterranean, although you will be forgiven for thinking so.

It’s in Easter House, and it’s helping to bring a community together, thanks to the support of committed volunteers, generous residents and the Glasgow Times Streets campaign.

Our initiative, in collaboration with Glasgow City. Council, City Charitable Trust, People Build Glasgow Greener and City Building, bringing neighbors together to improve the city for the benefit of all. This year marks the 10th anniversary of support projects across Glasgow.

Led by Jane Boyce, and in collaboration with local councilors, Jobs & Business Glasgow and Charity Fair (Family Action at Roger Field and Easter House), Changed, which the locals liked very much. All ages.

In recent years, the site has needed some TLC. Fly tappers had taken advantage of the decline in use, high beds had deteriorated, and weeds had begun to take over. 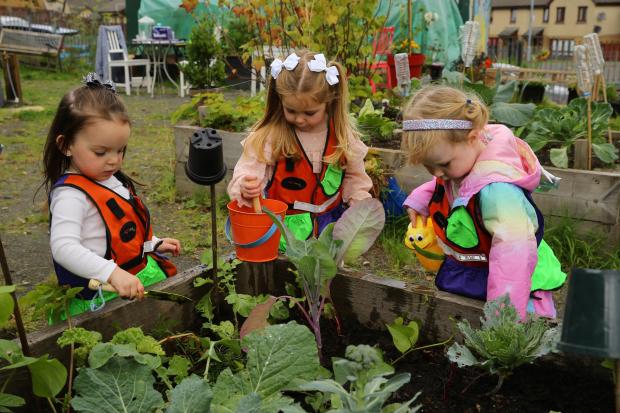 Susan is a good face of East Surrey, who has contributed to numerous projects, including local allotments, schools and nurseries.

“Gardening is my passion,” he said. “And it’s really a special place. It nurtures people. I know a lot of people who come here to relax, just to stay away from what’s going on in their lives.” 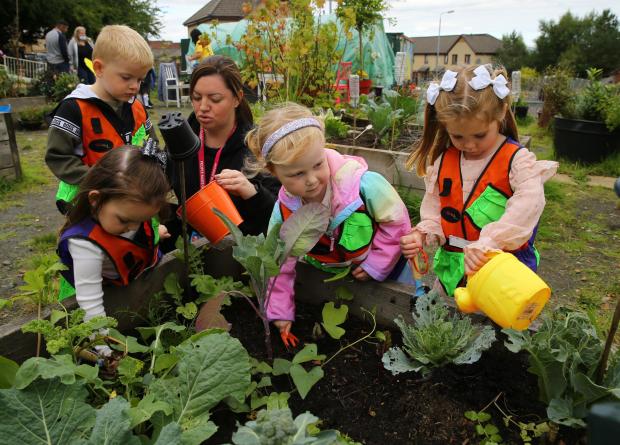 This is especially true during the last 18 months, when many families have struggled because of cowardice.

“It’s been a terrible time for everyone,” says Susan. “I know some young people who have lost their parents.” Health. And that’s a big part of what we’re doing here.

Since April, Susan has been working tirelessly to breathe life into the garden again with the help of fellow volunteers and FARE staff, local councilor Maureen Burke and a team of young people from nearby schools and nurseries.

“I’m grateful for all the support we’ve received from many local businesses, such as B&Q Parkhead, Yehudson, Scott Bark, Poly Pipe, A&S Scaffolding and Tesco Parkhead,” he said. 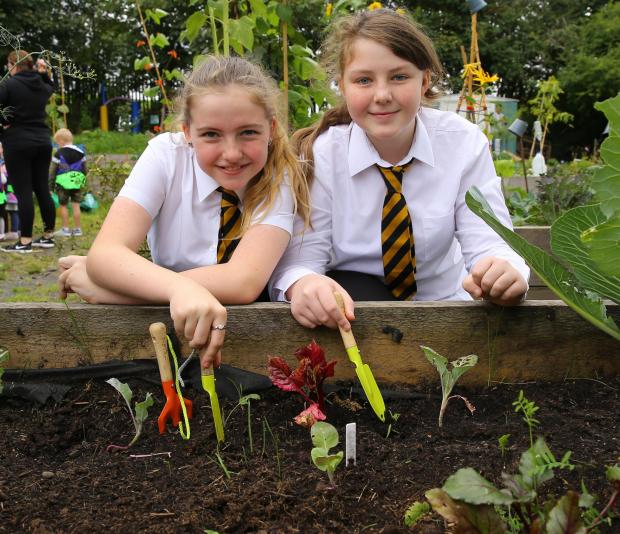 Ella LaFerty and Quinn Cameron, both 11, are students at St. Benedict’s Primary.

Ella added: “It’s nice to be close to nature.”

Roaridh, Laughlin and Alia, from Loch View Nursery, are plucking herbs from their plots, which are bursting with mint, chives and more.

“Mint smells like toothpaste,” says Alia, who is four years old. “We made pizza and put tomatoes on top.”

Sally Graham, lead practitioner at Lochview, said: “The kids have learned a lot by coming here. It’s great. It’s not just about teaching them how to plant and how to grow. the meal, But they go to their parents’ house and they learn to cook, and how to become budget and sustainable.

“There’s a lot more to it, and there’s a real sense of community here.” 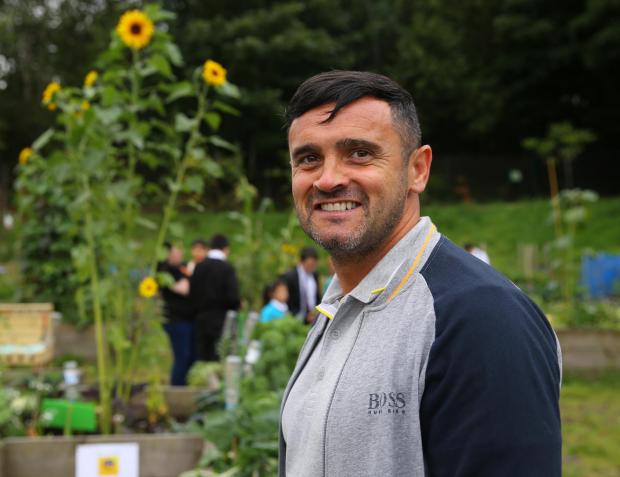 “This garden, since Jane’s original vision, has always been about community ownership and we’re happy to see people reusing it and enjoying it,” he said.

“Susan is very passionate about it, she’s done a great job. The whole community benefits from it, even those who live the opposite would like to keep an eye on her and keep an eye on her. People come and learn new skills, meet their neighbors – it brings generations together.

With a 500 grant from our Straits Aid Fund, Susan now hopes to purchase more tools and equipment to expand the growing areas and create a sensory garden, mud kitchen for young children, seating areas and more. Add fruit trees.

The garden was recently shortlisted in the national competition’s Best Community Garden category and received a Level 4 award in August. Scotland Beautiful.

Hubert Rodinsky, a 14-year-old student at Lochend School and a superhero farmer, is responsible for the giant sunflowers that soar into the sky in the middle of the garden.

“I don’t really know how I did it,” he smiles. “I planted the plot with grass and planted seeds. I also planted runner beans and broad beans. It has impressed me, I will definitely do more gardening.

“I like to grow plants and learn about different vegetables,” says John, 11.

Adam, 14, adds: “It was good to plant pumpkins and I helped build a bridge near the entrance.”

Fiona, whose other children are 16-year-old Halima, 7-year-old and 4-year-old Zidane, says her whole family loves the garden.

“It’s nice to have them here,” she says. “They bring vegetables home and I make curry with them. It’s rare to find something we can all do together, where there’s something for you, no matter how old you are.

“It’s my favorite thing to see them happy.”

Nutshell Road: Driver in hospital with ‘severe injuries’ after accident