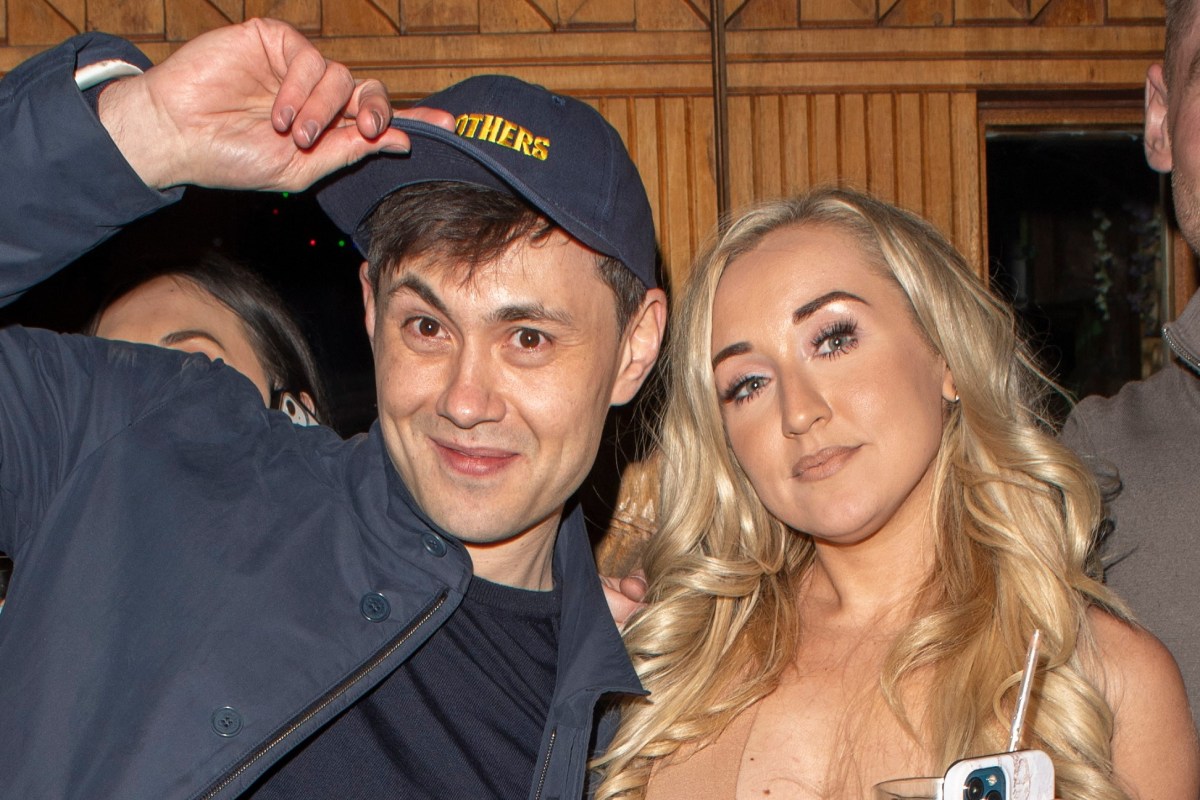 The stars of The Apprentice burst out of the boardroom last night on a drunken night in London.

They swapped out their suits for jeans and leather pants while watching the latest episode at Fulham’s Kona Kai.

He hugged Brittany, drank a pint of beer and laughed, holding a cigarette in his hand.

Stephanie looked a bit worn out at the end of the night as she and Nick had a tense conversation before crossing the road, looking gloomy.

Lord Sugar said he failed to impress on the show, but home fans strongly disagreed.

They started rumors that he was an undercover comedian on the show, but now he insists he wasn’t.

Nick addressed the rumors and said, “I don’t know if this is a diss or a compliment, but I’m kind of a compliment.

“Lord Sugar has no third mate.

“It’s a shock, since I would never call myself a funny person.

“I remember in the statement I said that I was not so funny, but quite cheerful.

“It was actually a huge compliment that people seem to enjoy watching me. It was quite nice to know that.”

Event manager and team leader Nika Stefani has come under fire for attempting to host a race-themed corporate road trip at Silverstone.

Akshay and Nick, who were in charge of hospitality in the sub-team,
failed to deliver sumptuous food.

Nick said: “When we lost the mission, I thought, ‘OK, I’m in a bit of a problem, because in the previous episode, in the capsule, I almost hit the wrong end of a double shot.’

“And then I knew that if I didn’t win the next challenge, I might be in big trouble.”

“I was going to nominate myself as prime minister but Steph was obviously in the hospitality so I couldn’t go for it. So I just had to hope that we would win.”

He continued, “When we lost. I thought, “Well, I screwed up a bit in the kitchen. I’m really late with dinner. in real trouble.”

Nick’s intuition was correct, and the 74-year-old Lord Sugar showed him the sharp tip of his tongue before pointing at him with a fearsome fire finger.