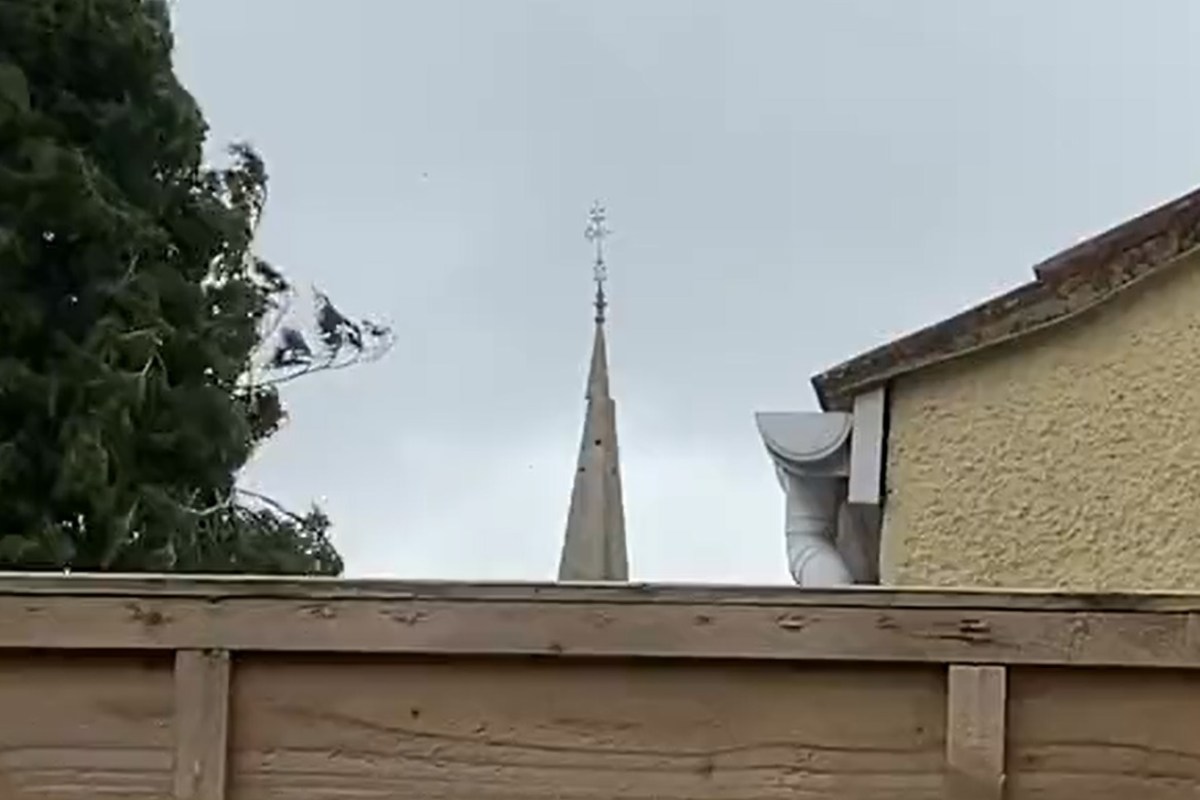 THIS is the shocking moment when the church spire breaks off and falls to the ground.

The Grade II listed building was built in 1856 and there are now concerns about its structural stability.

17-year-old Matt Hodson, who filmed the footage, told ITV news that he noticed how the wind suddenly turned violently as he entered his back garden.

“I was shocked – it was quite a surreal moment. I really didn’t expect it to actually fall – I was just filming just in case,” he said.

The Reverend Clare Townes, the church’s chaplain, added: “I literally thought to myself that the church would be all right, it’s been around since Victorian times, and then two or three minutes later I got a call from the police.”

The church said in a Facebook statement: “Please do not come to the church to look at the fallen spire.

“We are awaiting the arrival of a surveyor as at this time we cannot guarantee the safety of the site until we know it is safe.”

Luckily no one was hurt by the fallen spire.

The historic storm left a trail of devastation in just a few hours, and shocking winds of 122 mph were recorded in Needles, Isle of Wight.

The Met Office said they believed it was the strongest wind gust ever recorded in England.

The winds tore down power lines, swept away trucks, uprooted trees and tore a huge hole in London’s O2.

Three people were taken to hospital – one with serious injuries – after a tree fell on a car in Wiltshire, and two others were injured when a balcony collapsed in London.

It is also feared that a driver was seriously injured in an accident in Alton, Hants today.

The UK rail industry today issued a general ‘do not travel’ warning to passengers.

Roads are closed across the UK and airports have canceled hundreds of flights due to the chaos.

The hardest-hit region, the Isle of Wight, recorded wind gusts of 122 mph this morning – even stronger than the Great Storm of 1987, which killed 18 people.