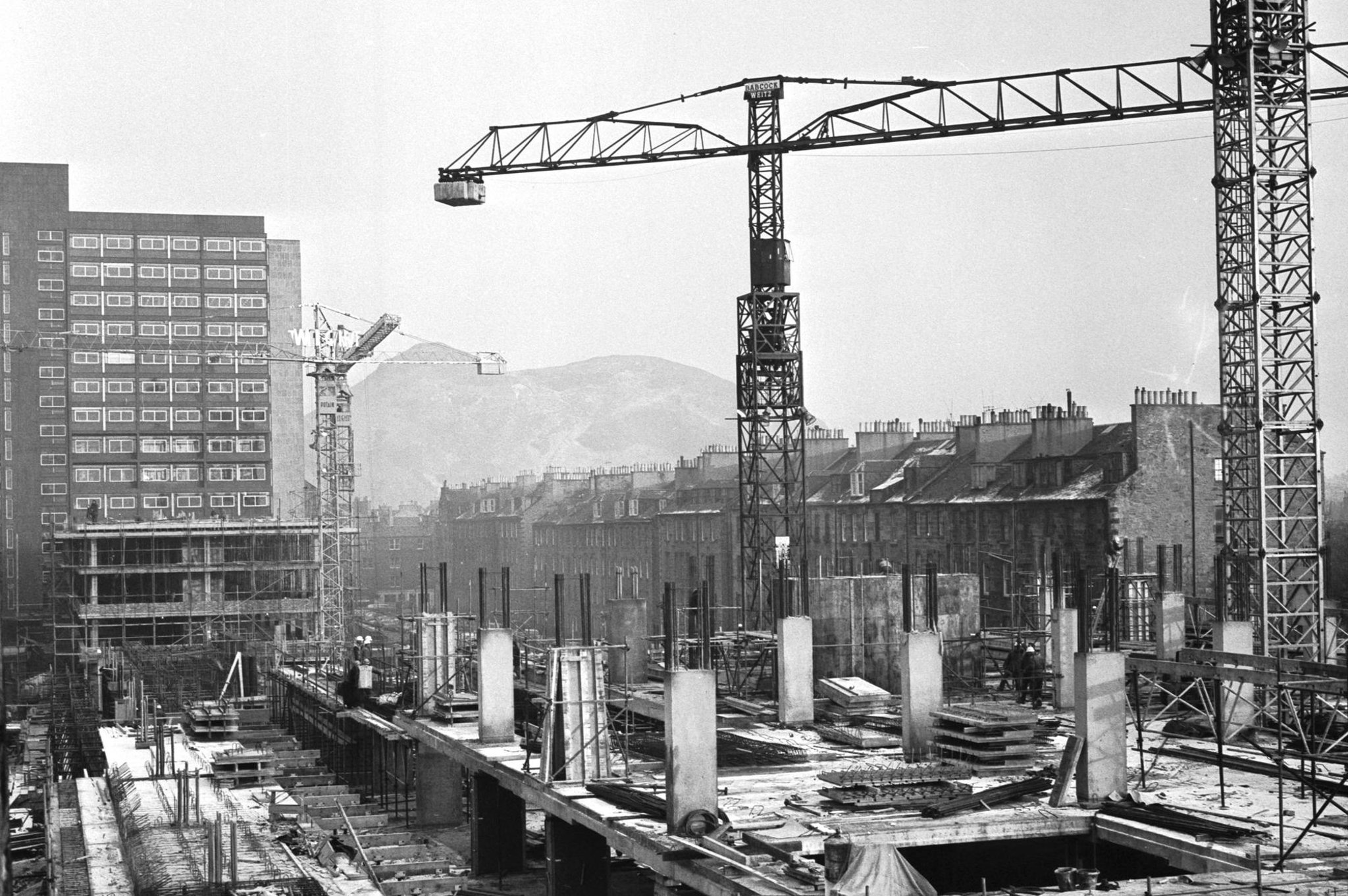 Along with these memories came the core idea for another book, which will be the fourth in his DS Mel Cooper series created by the Leith Set, which began in 2019 with the self-published book Way Beyond A Lie, a story about identity theft and cybercrime. , which was later picked up by his current publisher.

The 66-year-old man explains: “It was the first one I wrote, it’s about a woman who disappeared in a supermarket, and I published it myself, simply because I couldn’t find an agent at the time.”

Kirkgate demolished as part of Leith’s redevelopment in January 1966.

However, Fischer did not give up and began searching for a publisher again when his second book, Be Sure of Your Sins, was completed, which recounts six events that affected six people, resulting in the destruction of six lives.

“After 42 applications and 40 rejections, can you believe that I received two publishing offers in the same weekend,” he says.

“When I said I had another one, the publisher I chose said they wanted to publish it as a prequel as well.”

Consequently, Be Confident in Your Sins hit the bookshelves in October 2021, followed by a re-release of The Way Beyond Lies.

Today, as Fischer reflects on the pictures that inspired his forthcoming fourth installment, his focus is on the third book in the Yes, I Killed Her series, due out May 17.

It’s the story of the perfect murder… but with ubiquitous CCTV, digital and biological forensics, and electronic footprints, is it possible? The killer thinks so. Sergeant Cooper does not agree – the game continues.

The writer, who now lives in Aberdeen, says: “The third book is set in the Water of Leith, Warriston Crematorium and Trinity. I was in October and walked around those places, and in fact the end of the book is set in what was the Leith Academy elementary school where I went as a child.

“When I came back, one of the teachers gave me a tour and I found my old classroom, the canteen and a lot of amazing things that I remembered 60 years ago, although the desks are now all plastic – in my day we had old wooden seats that were bolted to the table.

Yes I killed her

The visit brought back even more childhood memories for Fisher, who moved from Dalmeny Street with his family to Meadowbank at the age of eight.

“I entered elementary school in 1960 and graduated from high school in 1971,” he recalls, reflecting, “I definitely wasn’t studious. I’m not stuck in school. I got distracted too easily. It was not for me at that age, I was too young for school, if that makes sense.

“When I was about 15, they had just finished building Meadowbank Stadium, and my friends and I spent a lot of time there helping the guys who worked there, setting up the gyms for events. In return, they let us play any sport we wanted.

Returning home last year to reacquaint himself with the area, Fischer admits that the Leith he remembers from an early age was very different.

“Because I am from Leith, I consider it my spiritual home. My mother’s family was all Leiters, Italian Catholics who moved here at the end of the nineteenth century and opened chips shops, snooker halls and all that sort of thing in Porto.

“My grandmother was one of 21 children, there were a lot of them – the Mazarro family. I was told that they were the only Italian family who were treated like locals during the Second World War and whose business was not persecuted like many others.”

Besides the chippie and billiard room on Easter Road, “near the Drambuie factory”, the family also had one of Porto’s favorite cafes, Lanni’s on Henderson Street, and Angelosanto’s Ice Cream Parlor by the old dock gate. .

“Family members also had Jubilee Rooms in Granton,” he adds.

He continues: “I remember the reconstruction that took place when I was a boy. Leith was something of a wreck at the time, but running through streets that fall to pieces when you’re a little kid is interesting.

“Recently I got in touch with Leith historian Andy Arthur who sent me pictures of the area from shortly before they took it all down, some of the sights are incredible. One of The Shore shows the building that houses The King’s Wark pub, and oh my god, it looks like one push would move it.

“These are the images that inspired the story for my fourth book, which will split the timeline between modern days and Late 60s/early 70s Leith. This whole story is going through my head right now, but even though I have a concept, it’s probably about 18 months away.”

If you haven’t already, consider supporting our tried and tested journalism by subscribing digitally.