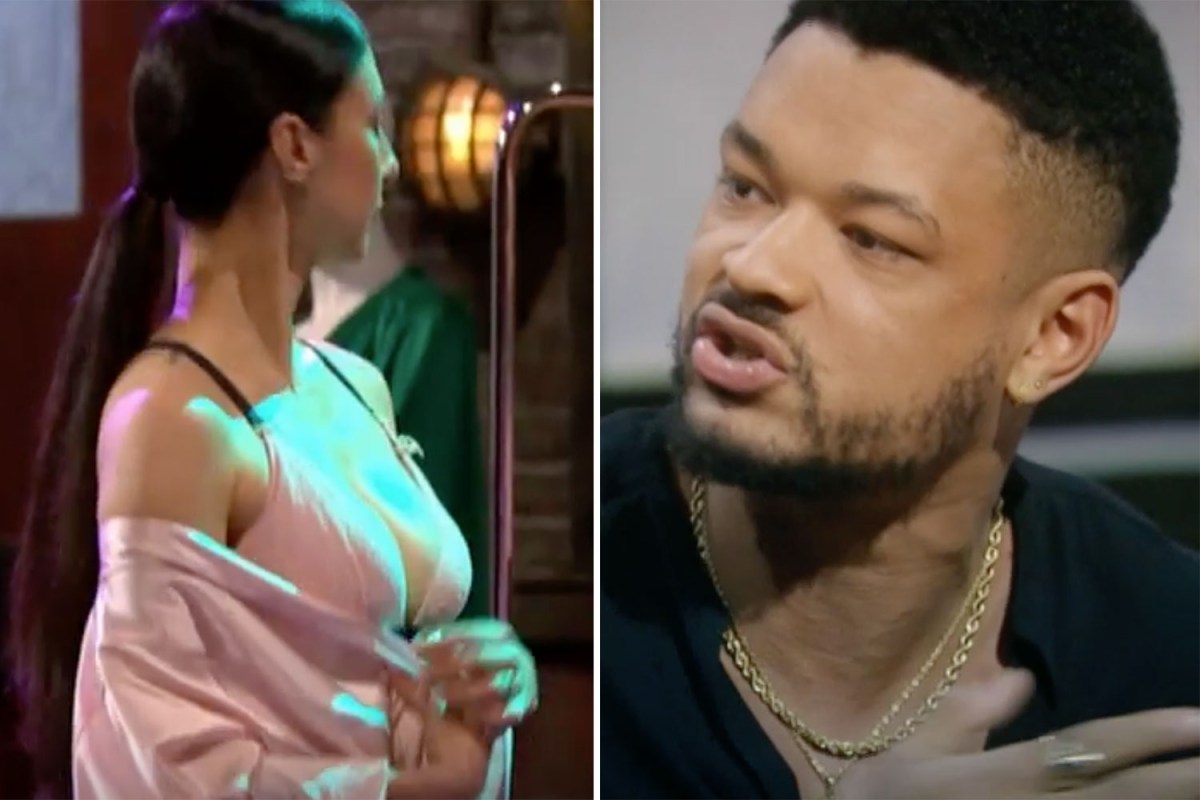 Tonight, DRAGONS’ Den millionaire Stephen Barlett got into a fight with co-star Tooker Suleiman over bras.

The couple were yelling at each other from across the room AGAIN in another heated argument as Steven yelled “I created some of the biggest marketing brands in the world!”

The two titans fell out over a disagreement over a business called Love Rose, which sells bras for women who have had mastectomy.

Sarah told the Dragons, “It’s not just about physical scars, it’s about emotional and psychological scars as well.

She also shared her heartbreaking journey of building the brand, saying that her family was devastated by breast cancer.

She said that one sister died of the disease, another beat her twice, and Sarah was also diagnosed.

Following her impassioned pitch, Tooker raised concerns about their low sales of just 7,600 units and the cost of their £85 bra.

The retail and fashion entrepreneur said they also missed an opportunity to expand the business.

He said, “Let’s talk about business. Your problem starts where you are trying to serve a small market, but your costs are high, it’s hard.

“You want to offer a product to women who have needs. I would think if you came here and said: “We are a brand that would help women in all areas.”

“I mean, building a brand like this is very difficult because you have a very small USP.”

His last comment offended marketing specialist Steven, who stepped in and said, “I have to disagree. I think I should say the opposite.”

Tooker didn’t want to hear this and said, “Listen to me, I’ve been doing this for 45 years, I’m telling you exactly what I think.”

To which Stephen shouted: “And I have created the biggest marketing brands in the last ten years!

“Love Rose has nothing to do with pregnancy. If you want to build a brand among a small group of people, with a clear, powerful storyline based on the loss of her sister… I mean, what else do you want?”

Their latest fight became the subject of conversation on Twitter, with one viewer saying, “Given how much Tuker Suleiman and Stephen Bartlett disagree on camera, I’m afraid to imagine what’s going on behind the scenes.”

Another person remarked, “Every time Tooker opens his mouth, Steven yells at him. That’s rough. He is never allowed to speak.”

And the third one said: “Tooker and Steven are killing me again 😂😂. Why all this squabbling?!”