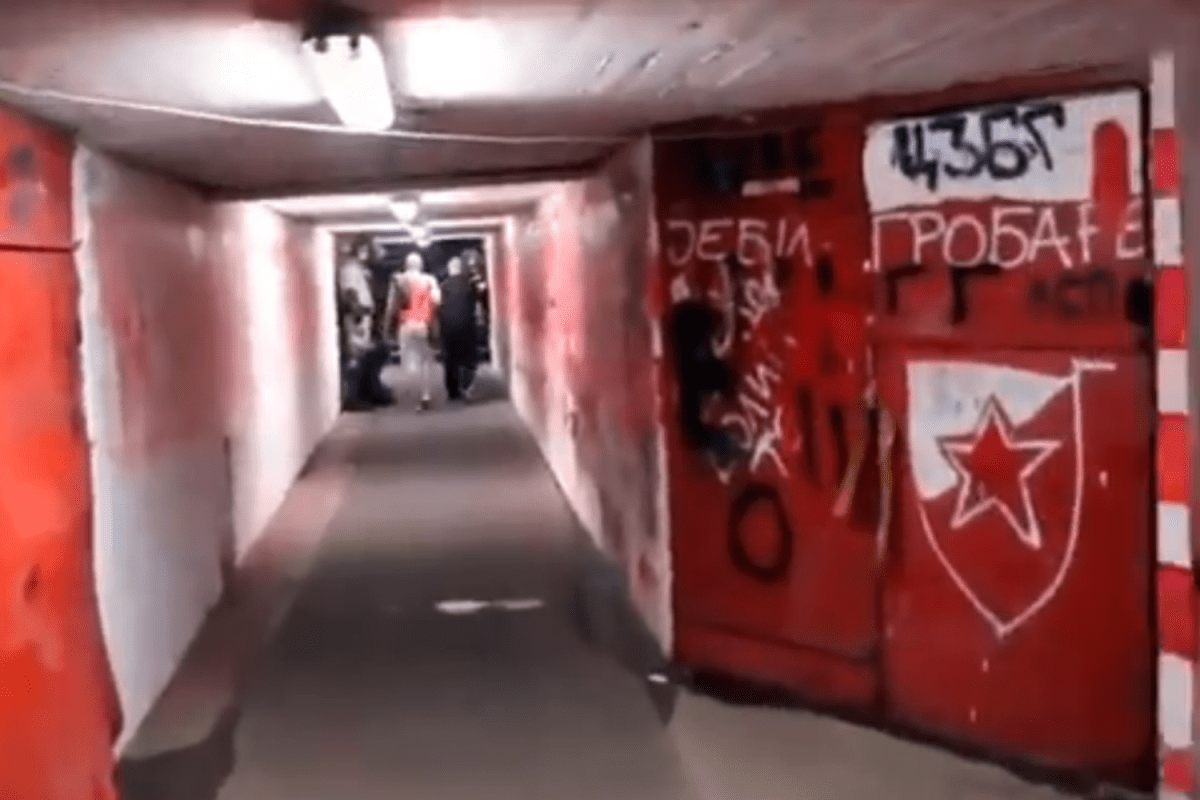 The Rangers stars are set for an intimidating atmosphere next month when they travel to the Rajko Mitic Stadium to take on Red Star Belgrade.

Today, the Blues played a draw with the Serbian team in the draw for the 1/8 finals of the UEFA Europa League.

The Gers will welcome Red Star to Ibrox on March 10 in the first leg before heading to Serbia for the second leg on March 17.

A legendary atmosphere awaits them at the Rajko Mitic Stadium.

Before Rangers players get a chance to experience it, they’ll have to make an ominous walk through the tunnel.

For the heroes, it will be a long way from the comfort of Ibrox with the gates locked, the only thing separating them from the barking masses on the other side.

The graffiti-lined path will be filled with the noise of fans chanting for their team before the start of the game.

Rangers skipper James Tavernier has a long walk down the claustrophobic corridor to lead his team into flares and the flames of Red Star worshipers.

#For your information |‼️
🔸Since many of you say you want us to face FC Crvena Zvezda (aka Crvena Zvezda, Belgrade), take a look at what it’s like to go down their tunnel to their field…pic.twitter.com/I8upSrFWvh

🚨 Follow our LIVE Transfer blog to keep up to date with all the latest updates on the window.

The former Inter and Lazio ace has praised Rangers.

Stankovic said: “I just watched the Rangers game against Borussia Dortmund and they played two exciting matches against them.

“Perhaps you can say that Borussia is in crisis, but we are talking about two phenomenal teams.

“We know what we must do. This is an award for Red Star fans, players and everyone in the club. We played well in the group stages and we have every reason to believe.

“This is an opponent against whom we can do our best and hope for something good.

“If you saw my gesture after the draw, it’s because I told everyone before it that it would be us against the Rangers. When the first ball came out with Rangers and then Red Star, I said that I had finished the job and that I could go, but it was just a joke!”