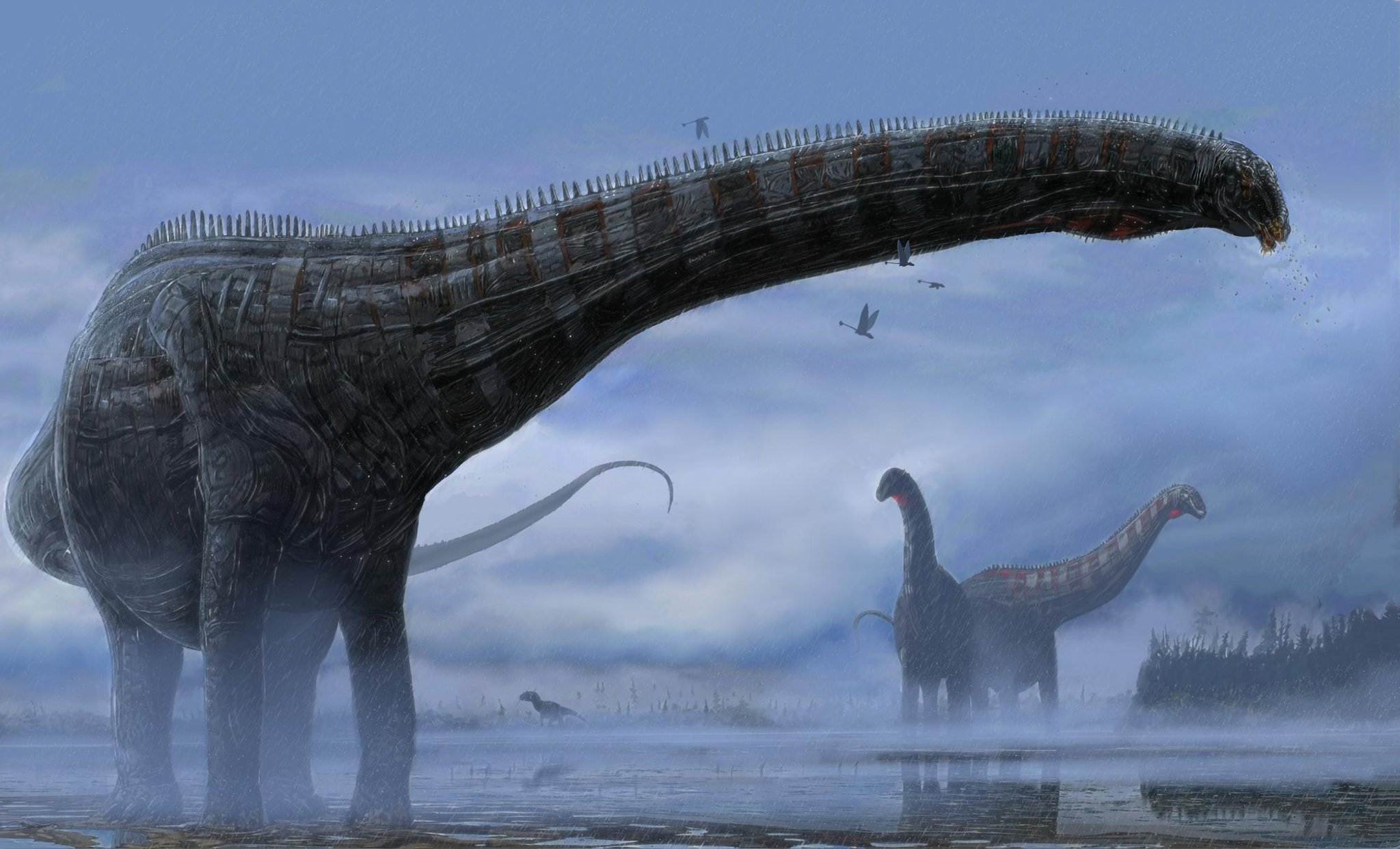 In the new study, experts used extremely powerful X-rays and carbon isotope recordings from the bones of fish that died less than an hour after the asteroid hit.

These carbon isotopes serve as an indicator of how carbon atoms have changed over the years.

The team said their findings could help explain why some animals managed to survive the impact while others died.

An undated handout depicting the artist’s diplodocid. The researchers concluded that the asteroid that killed almost all the dinosaurs fell to Earth in the spring.

To come to their conclusions, the experts searched parts of North Dakota in the US to find fossilized paddlefish and sturgeon that died in the asteroid impact.

The impact from the impact caused huge standing waves of water that moved the sediment, engulfing the fish and burying them alive.

They found that the fossil fish were preserved in their original form, their bones showed little sign of chemical change, and their soft tissues remained intact.

A careful study of how the bones of the fish grew helped experts determine the season in which they died.

One of the paddlefish also underwent carbon isotope analysis to reveal its annual feeding patterns.

The availability of zooplankton, which he liked to feed on, was at its peak between spring and summer.

Melanie Durs, lead author from Uppsala University, said: “The carbon isotope signal in the growth record of this unfortunate paddlefish confirms that the feeding season has not yet reached its climax – death occurred in the spring.”

The team said their findings could help explain why some animals, including birds, crocodiles and turtles, survived the asteroid impact 66 million years ago.

“This important discovery will help to understand why most dinosaurs died out, while birds and early mammals managed to avoid extinction,” Ms Duering said.

A 170-million-year-old pterodactyl fossil was unveiled at the National Museum of Scotland this week and is the largest ever discovered from the Jurassic.