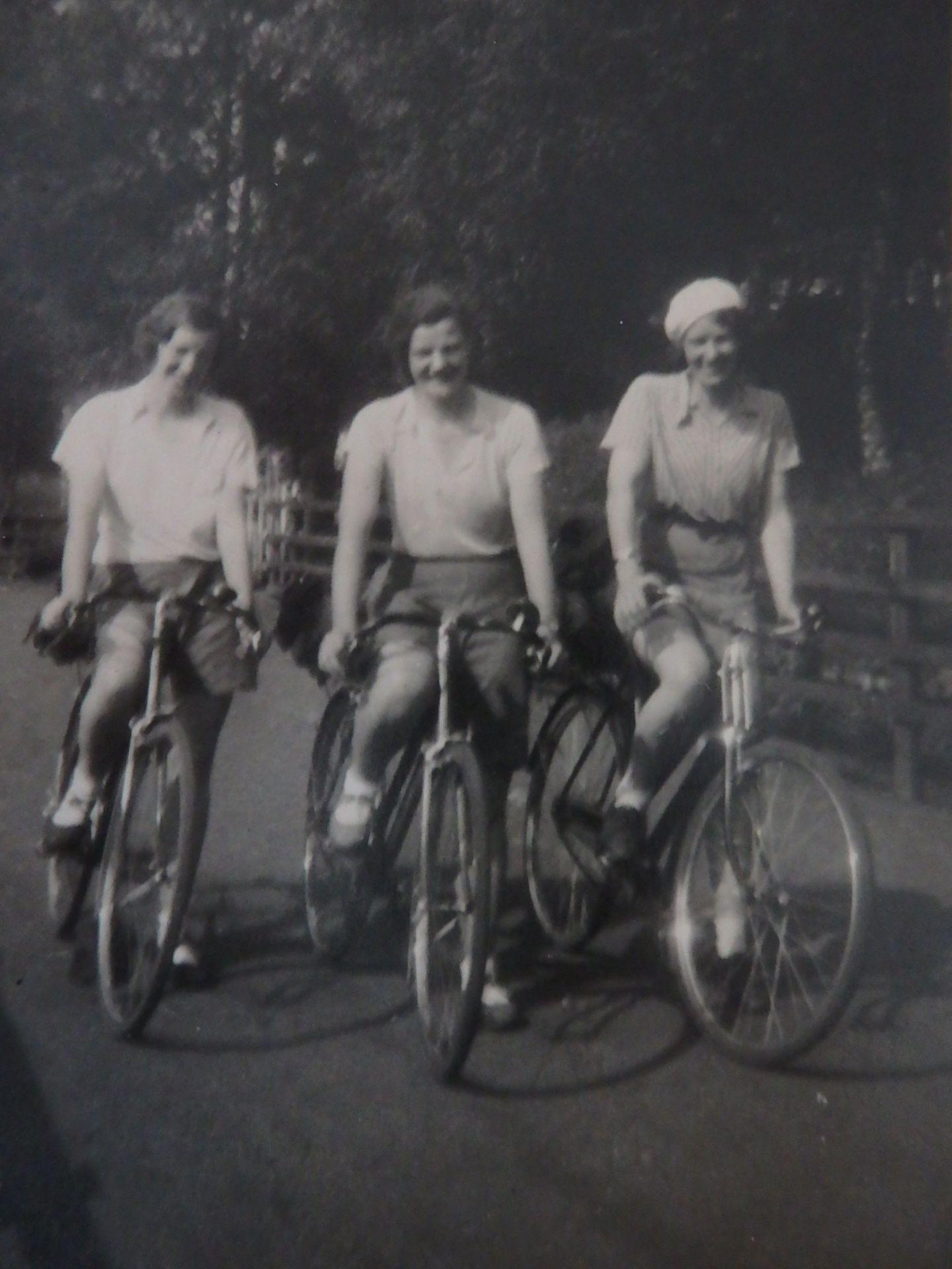 A new film released today follows the exploits of a group of three women who trace the journey of young people between youth hostels from Glasgow to Skye 85 years ago.

The six-day hike last October was organized by the Adventure Syndicate trio to commemorate Hostelling Scotland’s 90th anniversary and Scotland’s Year of History 2022.

He was inspired by the discovery diary of 17-year-old Mary Harveywho went on a two-week trip with her two older sisters Ella and Jean from Shotts in Lanarkshire in 1936 along with her son Harvey Paterson.

However, the Adventure Syndicate trio instead opted for a 300-mile mostly off-road route, including difficult rocky sections where they had to carry their bikes because the roads that Harvey and her sisters rode are much busier than they were in their days. .

Premiere of the 19-minute film “What Would Mary Do?” took place yesterday at the mountain festival in Fort William.

Cyclists – former mountain bike champion Lee Craigie, who is also Active Nation Commissioner for Scotland, Philip Batty and Alice Lemkes – are using the project to promote mental health through outdoor activities and cycling, and cycling as an affordable form of sustainable development. tourism.

Mary Harvey rides her bike with her sisters Ella and Jean.

They stayed in youth hostels, like their ancestors, in Crianlarich, Glencoe, Rathagan, near Sheel Bridge and Portree.

Craigie said: “Our respect and admiration for the spirit of Mary Harvey grew as we thought more about the journey she made with her sisters.

“Mary’s willingness to make the most of any situation has become our guiding mantra.

“If we were cold, unenthusiastic, or looking for the easy way out, we would ask ourselves, ‘What would Mary do?

Bicycles had to be carried along sections of the route. Photo: Maciek Tomicek

Craigie said at the annual Cycling Scotland conference a few weeks after the trip: “The three of us were living our best lives.

“During these six days of traveling together, my friends and I were wet, cold and often hungry, but at the same time happier and more content than ever.

“While I was riding, I caught myself thinking that traveling on a bike could be like traveling back in time to a time when pleasures were less complicated and a person didn’t have to turn off their phone first before remembering what makes them happy.

“I was wondering if what I felt here was exactly what Mary felt, and what someone who does the same thing 100 years from now would feel: joy, satisfaction, connection.”

Adventure Syndicate members Alice Lemkes, Philippa Batty and Lee Craigie are on the road in the film. Photo: Maciek Tomicek

Lemkes said: “The film sends a message to women and girls that relaxing, as we did, in motion and in nature, is brilliant, fun and nutritious.

“A lot of adventure films are very serious – it’s all about the challenge. In this movie, you don’t get much out of it.”

Hostelling Scotland Chief Executive Margo Paterson said: “We were delighted that Lee, Philippa and Alice shared our vision and at a time when sustainable, active travel is more relevant than ever, they have created a fantastic story of their own.

“It was brilliantly captured on film by Maciek Tomicek, who managed to tell a fantastic adventure story that showcases the incredible beauty of Scotland no matter the weather.”