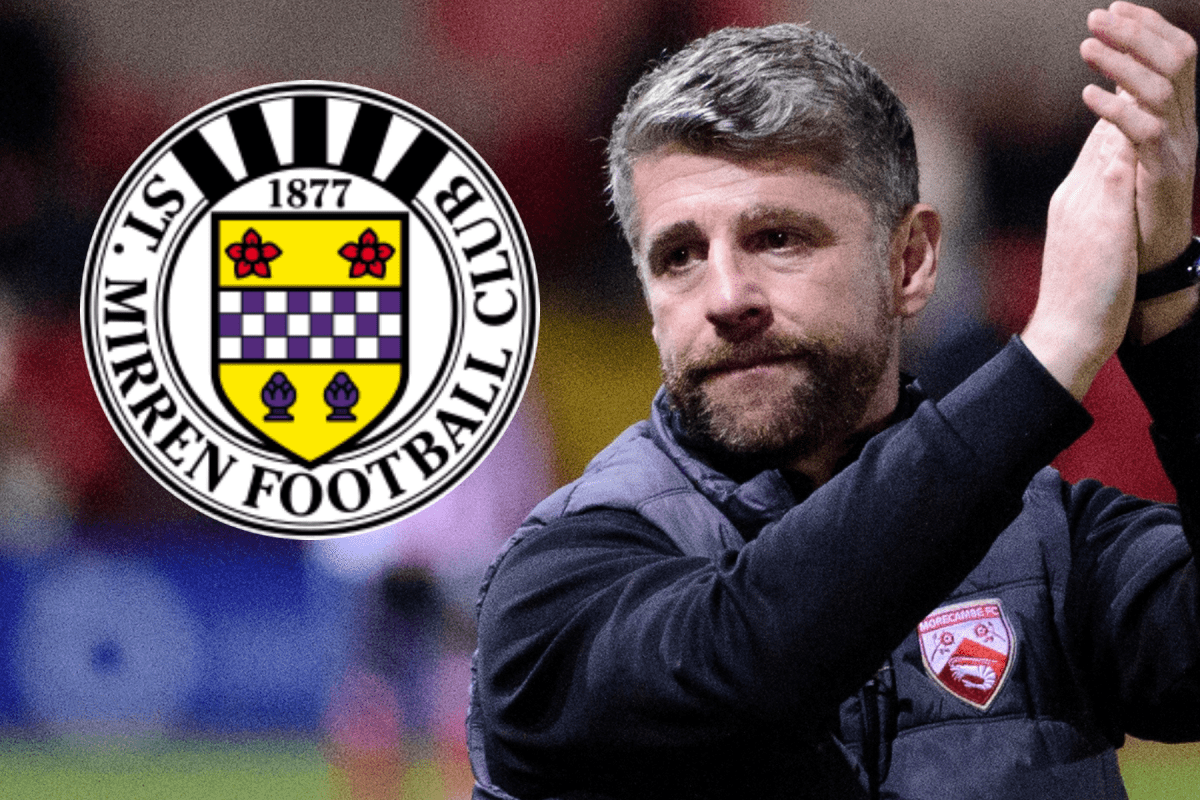 STEVEN ROBINSON will become the new manager of St Mirren after a compensation package has been agreed with Morecambe.

A day of drama in Paisley led to friends choosing a Northern Irishman as Jim Goodwin’s successor.

Aberdeen captain Scott Brown also had to speak to the club.

But Robinson, 47, a former Motherwell employee, is now set to be formally appointed after the Shrimps reluctantly gave him permission to talk to Buddy.

The Northern Irishman was training in the morning preparing for a League One game against Rotherham before the Saints joined him.

The £100,000 compensation package was enough to secure his release from Mazuma Stadium.

Friends received £250,000 from Aberdeen for Goodwin after the inclusion of a buyout clause in his contract.

Morecambe said in a statement: “We look forward to a speedy resolution of this matter.”

Naismith, in charge of the Hearts under-18 team, was given permission to speak with the Saints.

But it is believed that he decided that this would not be the right job for him to start his managerial career.

St Mirren will return to the Premier League on Wednesday night when they face Dundee at Dens Park.

They will then return to Paisley to visit Hearts on Saturday afternoon.

And Friends fans will be hoping to see Robinson in the dugout at one of those games as a new era begins at the club.

St Mirren are currently in seventh place in the Premier League table, just one point separating them from the Hibs in fourth place.

Although they are only two points ahead of Livingston, who is in ninth place.

However, Robinson could end up leading the Paisley team to success in European football this summer if they can put together a winning streak.

But to get a chance to do so, they need to be sure they’re in the top half of the table by the time they split.

Only seven games remain before the Premier League is split in two for the final five games of the campaign.