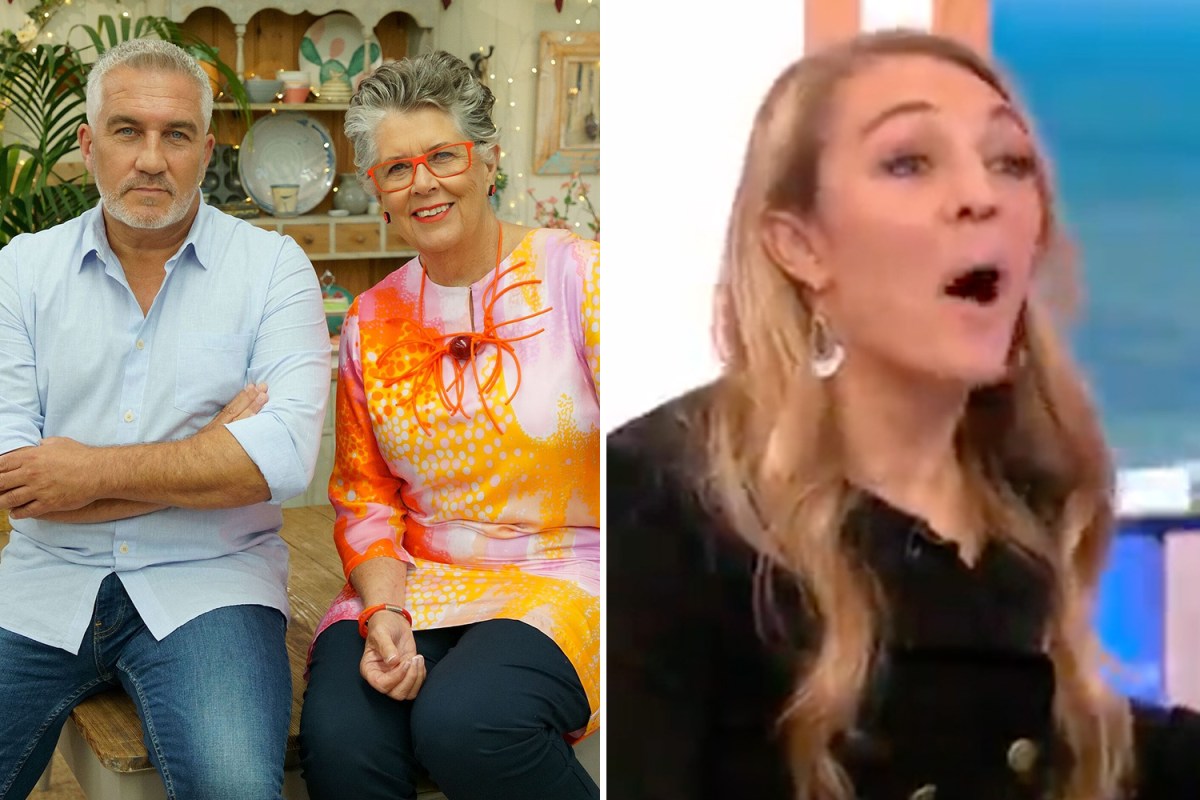 Sophie, 36, is one of 20 celebrities who go out of their way to bake in hopes of raising money for charity.

The disability rights activist appeared on The One Show and told hosts Michelle Ackerley and Jermaine Jenas about her real culinary skills.

“I’m known for being very bad… I used to keep wine in the oven because I needed a place to store it,” she said.

“Jokes aside, I was so nervous going into the tent because it’s such an establishment and I was like, ‘I don’t want to mess things up.'”

Sophie admitted that she had a lot of fun on the show and that she ended up “surprising herself” but couldn’t say more than that due to Channel 4’s policy of not ruining an episode before it airs.

It was then that she made a splash with Bake Off judge Paul Hollywood.

“The first two [challenges were] absolute chaos… but then there was one test that I really got through,” she began.

“I don’t know if I can say this, but I will say it anyway, because it was the brightest event of the year.”

She revealed, “Paul Hollywood said it was too good to eat.”

Sophie, who was part of the Channel 4 team that covered the last three Paralympic Games, spoke about the car accident that changed her life.

The TV presenter, who is paralyzed from the chest down, has detailed the horrifying ordeal that left her and four friends in a near-fatal car crash.

Sophie, 37, suffered a spinal cord injury in 2003 when she was involved in a car accident in Scotland that left her partially paralyzed.

The star, who went on to become a disability advocate and television host, has relied on her wheelchair since the day of the accident.

“Language matters and about 10 years later I watch a BBC report that the biggest killer of young people was driving and it really shocked me,” she explained.

Sophie added: “If we call it an accident, then there is no one to blame, no one will take responsibility for what happened to me and why I crashed, what are the contributing factors.

“Because if I can find what it is, we can help other people avoid the mistakes I made and we can save more people behind the wheel.”