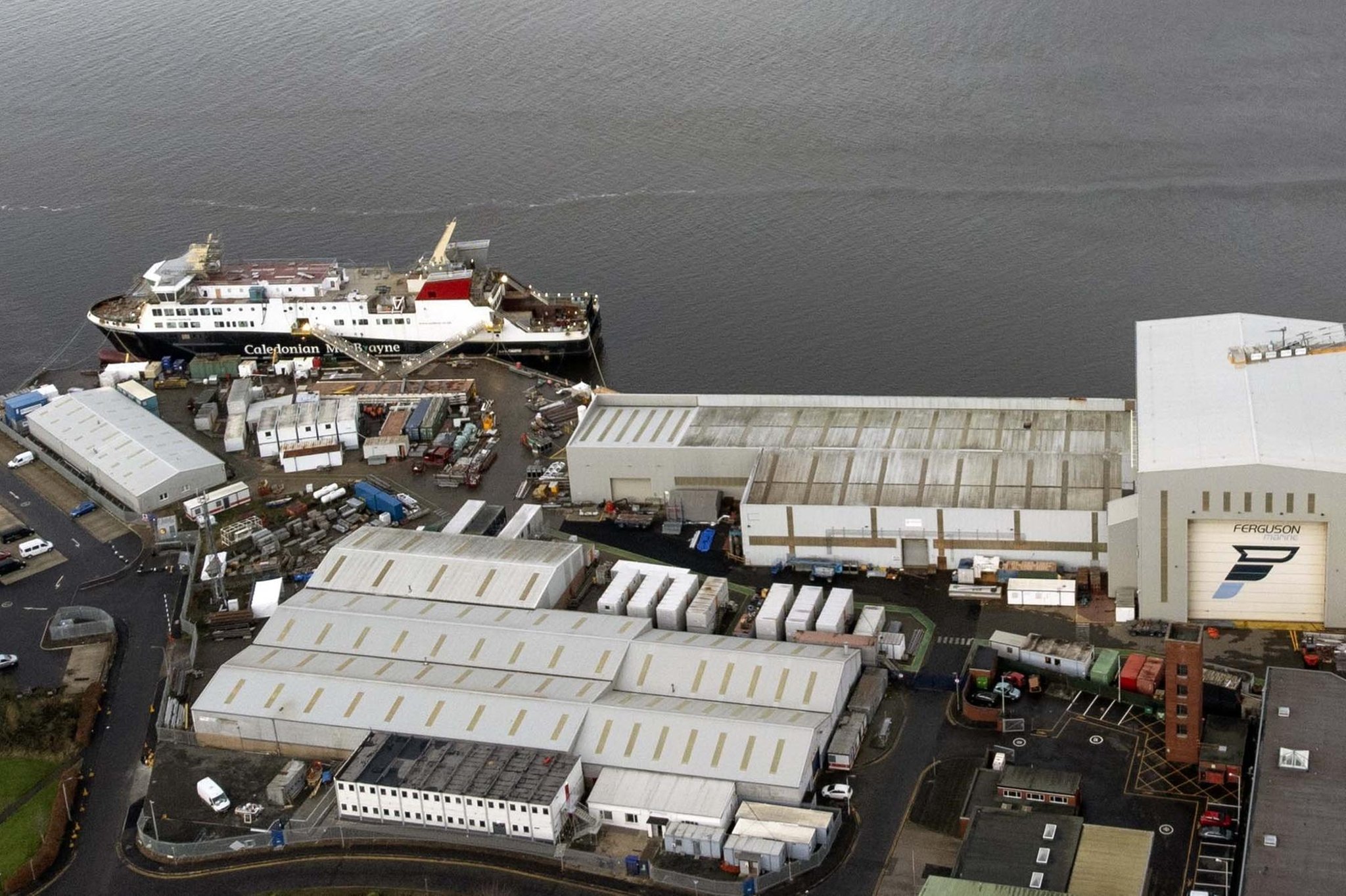 Critical findings from the PEX’s investigation also showed that the Port Glasgow firm still has major issues remaining, including “significant operational disruptions” and further corrective work that remains to be addressed.

It says the two ferries, which are still under construction, are nearly four years late, “with no certainty as to when they will be completed.”

Audit Scotland said their final cost was now estimated to be at least £240m, two and a half times over budget, although the Scottish Conservatives said it could reach £400m.

Auditor General Stephen Boyle said: “The failure to deliver these two ferries on time and within budget exposes many shortcomings.

“The lack of a transparent decision-making process, the lack of oversight of the project and the lack of a clear understanding of what significant amounts have been achieved with public money.

“And most importantly, the communities still don’t have the ferries they were promised years ago.”

He warned that lessons must be learned to prevent the problems from recurring in future ferry orders.

The report’s findings cast doubt on the Scottish government’s decision to carry out the order against expert advice and its performance on the contract, including providing a £45m loan to the shipyard before it was nationalised, to prevent a collapse.

The Scottish Conservatives described the results as “absolutely revealing” and said they found a “shameful fiasco”.

The party will seek to put pressure on ministers by leading a debate in the Scottish Parliament on Wednesday, while Holyrood’s audit committee promised to study the report’s findings “in detail” with the auditor general within weeks.

A major delay in the completion of Glen Sannox for Arran’s main route and its unnamed sister ferry for the Sky-Harris-North Uist Triangle due to be delivered in 2018 exacerbated the unreliability of CalMac’s aging fleet, some of which were badly damaged. breakdowns.

The report said: “These issues have upset island communities and weakened the resilience of Scotland’s ferry network.”

Audit Scotland said ministers approved the award of the contract to Ferguson Marne in 2015 despite the shipyard’s failure to provide “binding guarantees” for the financial risk of Caledonian Maritime Assets Limited (CMal), the Scottish state-owned firm that owns the CalMac ferries.

The report said that the CMal board “felt that there were too many risks to award the contract” and told Transport Scotland that it would prefer not to award the shipyard and start the procurement process again.

Transport Scotland stated that the Scottish ministers “recognized the risks but were pleased with the award of the contract”, but Audit Scotland was unable to find evidence to support this and stated that “this important decision should have been properly documented”.

The Scottish Government declined to comment on this finding.

As delays and cost overruns escalated, Audit Scotland said the dispute over the contract between the yard and CMal had escalated, leading the Scottish Government to take over the site in 2019.

“Ministers have failed miserably year after year, and it is our island communities that have been left abandoned.”

Scottish Labor spokesman Neil Bibby said: “This is a revealing report and the ultimate responsibility for this nine-figure fiasco lies entirely with the SNP government.

However, Economy Minister Kate Forbes attempted to focus on the Scottish Government’s action to protect Ferguson Marine from closure, which “saved two salvage vessels, provided a viable future for commercial shipbuilding on the Clyde and protected more than 300 jobs”.

She said: “The procurement process of vessels 801 and 802 [code names for the ferries] was undertaken carefully, conscientiously and with due diligence, and assumptions to the contrary are incorrect.”