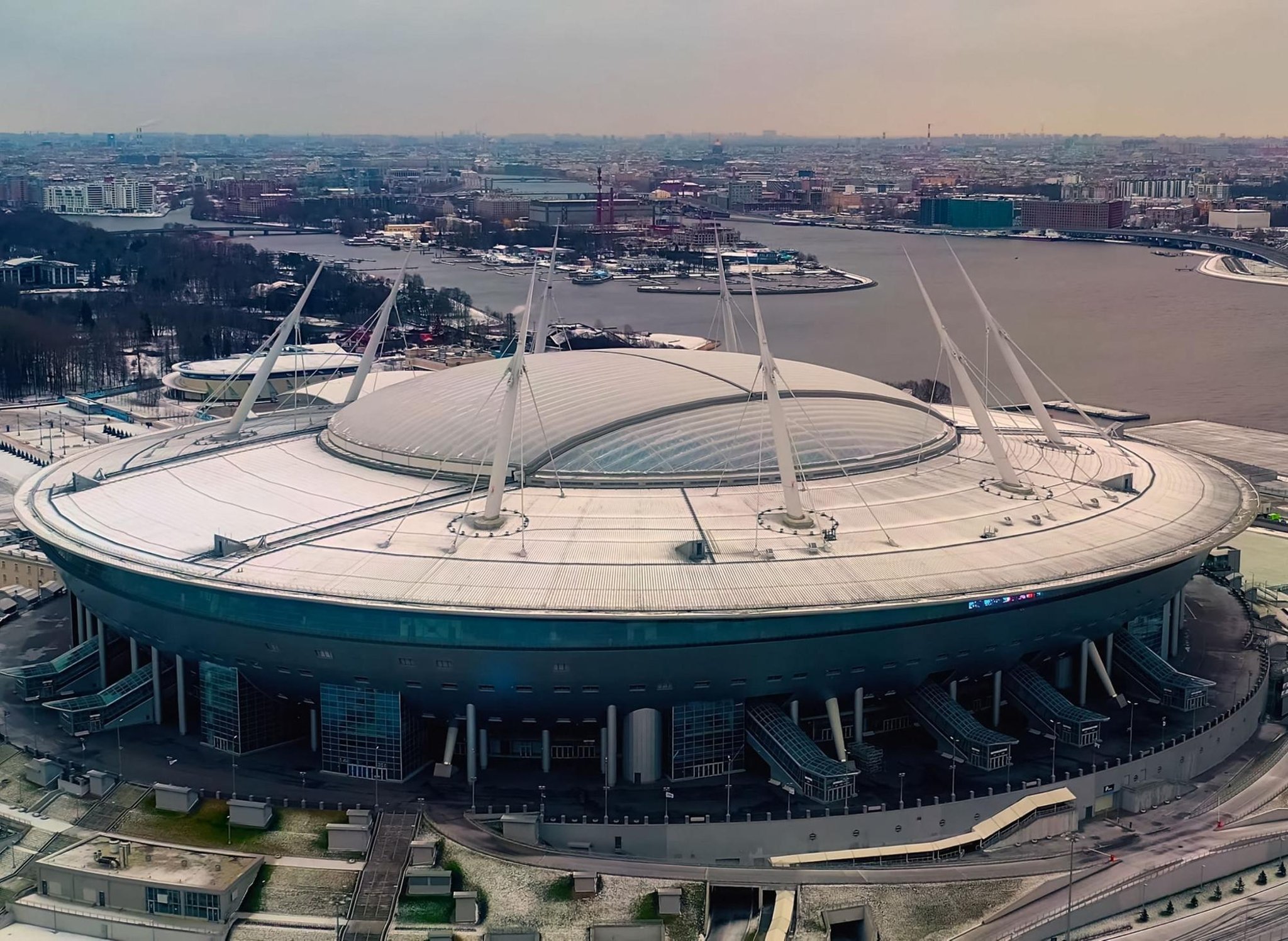 In May, the Gazprom Arena in St. Petersburg will host the Champions League final. Picture: Getty

Unrest is growing over the prospect of the Champions League final being held as planned this May in St. Petersburg, with calls to postpone the match after Vladimir Putin’s decision to send troops to eastern Ukraine.

Tracey Crouch, the former UK sports secretary, has already called on European football’s governing body to reschedule the May event in light of the Russian president’s renewed aggression.

Now SNP MP Stuart McDonald has said the game should not be played in a Russian city.

Stuart McDonald said that Russia should not “launder its reputation” by hosting the final.

So far, UEFA has said it is “continuously and closely monitoring the situation” but “does not plan to change the venue” of the match, which regularly attracts hundreds of millions of television viewers around the world and is seen as a way to project soft power through sport.

But Mr Macdonald, a member of the House of Commons foreign affairs committee, said the decision needed to be urgently reviewed.

“Since Russia is violating international law and is waging an ever-greater war against European democracy, holding large events of this kind is completely inappropriate,” he said. Scot. “It is necessary to take measures so that Russia cannot launder its reputation through sports institutions.”

Ms Crouch, who served as under secretary of state for sports, heritage and tourism under Theresa May and David Cameron, said the administrative body should have taken action in response to events in eastern Ukraine.

“The ban on travel of politicians and officials to the 2018 FIFA World Cup in Russia was a soft signal to President Putin that did not matter much, so UEFA needs to take a much tougher stance, not least to ensure security. traveling fans.

The final is to take place at the Krestovsky stadium in St. Petersburg, also known as the Gazprom Arena.

It is home to the Russian Premier League team Zenit Saint Petersburg, which is owned by the Russian energy giant Gazprom. This year the club participates in the Europa League.

Gazprom is also a long-standing UEFA commercial partner, as well as a corporate partner of the Champions League, Nations League, UEFA Super Cup and Euro. The state-owned company also has a lucrative sponsorship deal with the German side, FC Schalke 04.

There have been rumors that if the venue for the Champions League is changed, Wembley could be a candidate to host the game on 28 May.

However, the logistics of such an offer are complicated by the fact that the stadium is already ready to host the League Two and Championship play-off finals this weekend.

It is known that UEFA is negotiating with Dynamo Kyiv and Sporting Lisbon regarding their match of the 1/8 finals of the Youth League, which is scheduled for March 2 in the capital of Ukraine.