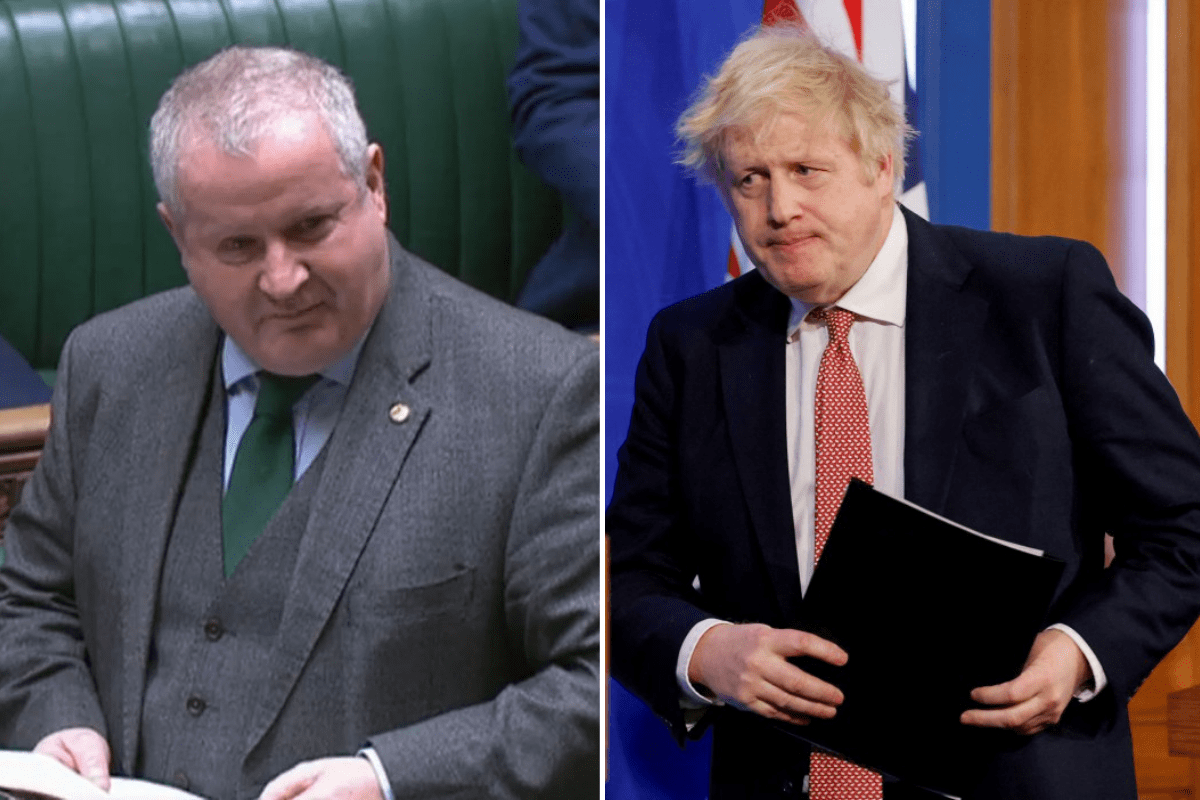 SNP executives have criticized Boris Johnson for lifting all Covid restrictions in England and reducing testing in the UK, calling the move “dangerous and chaotic”.

Nats Commons leader Ian Blackford demanded details of the funding to keep the Scots “safe” as he argued that Westminster’s actions strengthened the case for independence.

But the prime minister has warned that Holyrood will have to dip into his own treasury if he wants to continue the pivot policy on the virus, which is costing the Treasury an estimated £2bn a month.

It came as Mr Johnson announced that free universal testing would end on April 1 – even for members of the general public with symptoms – in line with his “life with Covid” plan.

Instead, screenings will focus on the most vulnerable, with older people receiving free swabs if they have symptoms, the prime minister said.

The UK Health Safety Authority should clarify the details in the coming weeks.

But some asymptomatic screenings will continue in dangerous settings such as nursing homes in England.

The move also means cutting back on testing in Scotland – both at home kits and at PCR sites – unless SNP ministers divert large sums to pay for their continuation. In the Commons, Mr Johnson warned that “the pandemic is not over yet” and the Queen’s positive test is a “reminder” that the virus is still here.

But he said: “Thanks to the efforts we have made as a country over the past two years, we can now deal with this in a completely different way.

“Moving from government restrictions to personal responsibility so that we protect ourselves without losing our abilities and maintain reserve capacity so that we can quickly respond to any new option.”

In response, Mr Blackford said the decisions “have a direct bearing on whether Scotland has the funding it needs to keep its people safe”.

He was indignant: “This is a ridiculous reality of devolution, but it must be fought.

So, will the Prime Minister now confirm what the remaining testing funding will be to allow the Scottish government to piece together this chaotic withdrawal of support? This compels Scotland to take the necessary steps to ensure the safety of our people.

“We need the financial capacity to make our own choices. It only comes with independence.”

Mr Johnson stressed that the free trials “will of course continue until early April.”

And he said if SNP ministers wanted to continue beyond that date, they had a “record £41bn settlement” from the UK government, as well as “hundreds of millions” from health and social security tax increases.

Nicola Sturgeon will lay out her own plans to “live with the virus” in a statement from Holyrood today.

“The public health advice we have received does not recommend canceling these important interventions at this time.

“We are clear that the UK Government must continue to provide adequate funding to support the current response to Covid-19 and ensure that all parts of the UK are empowered to make the decisions they deem necessary to protect public health and to address future options. what might appear.

Mr Johnson also revealed that people in England who test positive for coronavirus will no longer be required by law to self-isolate from Thursday.

Routine contact tracing would then cease south of the border, as would self-isolation payments, as well as the legal obligation of individuals to tell their employers if they needed to quarantine.

In England, those who test positive will continue to be advised to stay at home for at least five days.

The UK Cabinet was supposed to sign the plan yesterday morning.

But the meeting was rescheduled for the afternoon as the delay was due to UK Health Secretary Sajid Javid’s demands for how the elements would be funded.

The turmoil surrounding the policy, which is expected to help bolster Mr. Johnson’s support within the Conservative ranks, comes amid the prime minister’s displeasure over the Partygate scandal. Ultimately, No10 said that after the virtual meeting, the cabinet supported the strategy “unanimously”.

Mr Blackford said the decision was “devoid of science” and that Mr Johnson made a “dangerous choice” that was “made on the fly”.

He said: “It is unacceptable that the ability to protect our population could be jeopardized on the basis of a political decision taken by the Prime Minister in a crisis.”

Before Mr Johnson’s announcement, Ms Sturgeon warned that it would be “unacceptable” for devolved public health decisions to be influenced by funding decisions made by the UK government.

And she said the lack of additional money for testing signals a “catastrophic” outcome “for the UK’s ability to provide adequate Covid surveillance, outbreak control, etc. going forward.”

The First Minister tweeted: “To allow a significant dismantling of the test infrastructure built over the past 2 years would be unforgivable negligence given the ongoing risks.”

Ahead of House of Commons statements, Professor Linda Bould, who advises the Scottish government on pandemic policy, said ditching free Covid tests would mean “blindly” moving into the next phase of the pandemic.

A public health expert from the University of Edinburgh insisted that while it was “inevitable” the program would eventually be phased out, free testing remains vital for groups including the NHS, nursing home staff and vulnerable groups.

But the senior scientist stressed that the UK is “a bit unusual” to have made sidestream home kits and access to PCR available to all Britons.

She highlighted that people in Canada had to pay around £3.50 per test, bought in packs of seven or 20, adding: “In many countries, including those comparable to ours, you have to pay for them. So I think cutting it down is almost inevitable due to the scale of the program.”

He said: “Nicola Sturgeon is often too quick to impose restrictions and too cautious when it comes to lifting them.

“We need to see from her a bold strategic plan to get the country back on its feet and as close to normal as possible.”