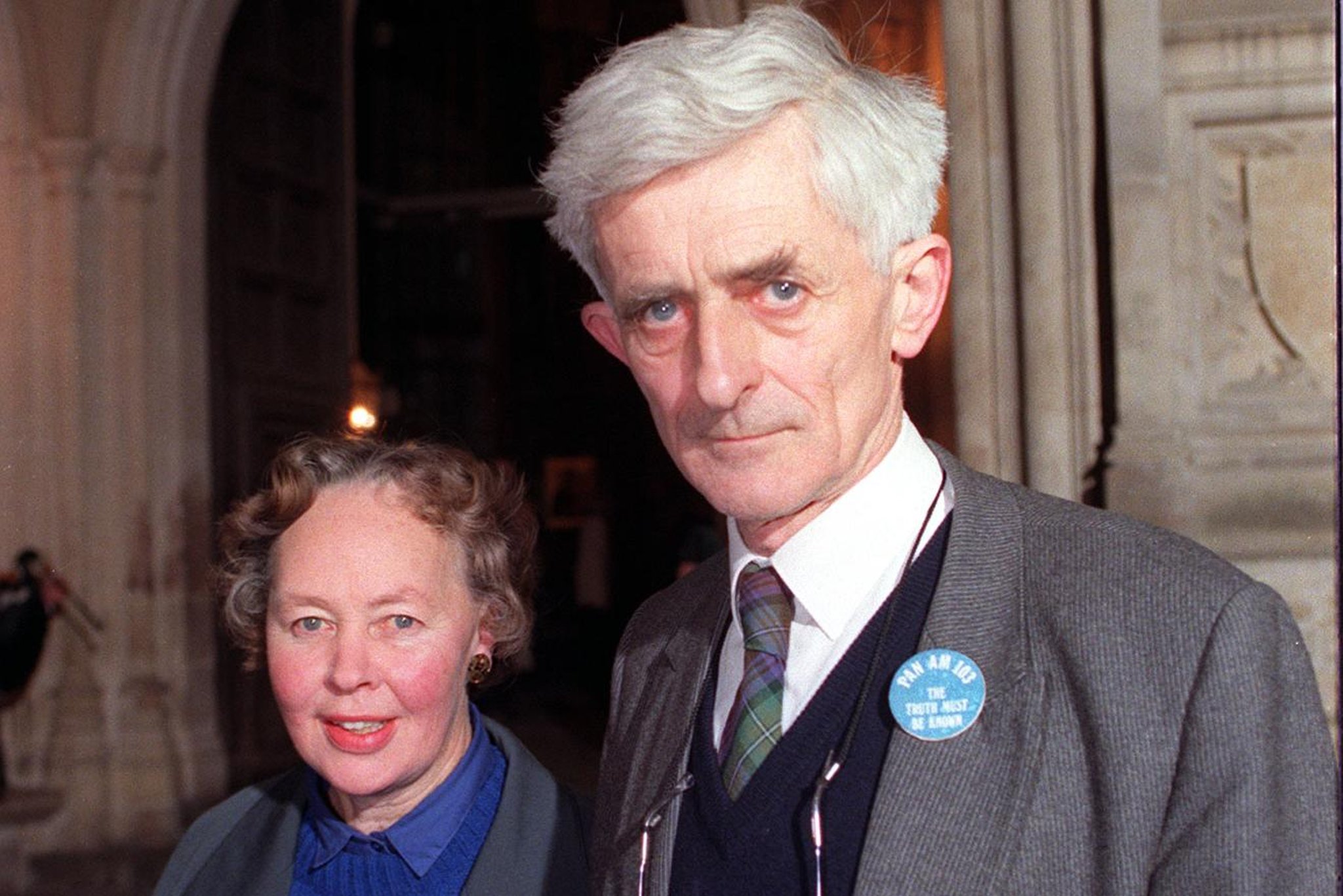 Dr Jim Swire and his wife Jane leave Westminster Abbey in London in 1998 after a memorial service commemorating the 10th anniversary of the Lockerbie disaster. Photo: Toby Melville/Pennsylvania

Sky is teaming up with an American streaming service to produce a five-part series that is expected to air next year.

It is being written by Academy Award nominees Jim and Kirstin Sheridan, Irish father-daughter writers and directors whose credits include In the Name of the Father and In America.

The series follows the impact of the disaster on the Swire family following the death of their 23-year-old daughter Flora.

Filming is set to begin this year for a new TV drama based on the Lockby disaster and the long quest for justice.

This was announced less than a year after the publication of a book that chronicles Dr. Swire’s efforts to uncover the truth about Lockerbie.

He led a campaign claiming that the only person ever convicted of the Lockerbie bombing, the late Abdelbaset al-Megrahi, was the victim of a miscarriage of justice.

Former Libyan intelligence officer Abdelbaset al-Megrahi was found guilty of massacres in 2001 by a specially convened Scottish court in the Netherlands and sentenced to life imprisonment with a minimum term of 27 years. Megrahi was released from prison in 2009 on compassionate grounds when he was terminally ill with cancer. He returned to Libya and died in 2012.

In addition to Sky and Peacock, NBCUniversal’s streaming service, the Lockerbie drama is also being produced in association with Universal Studio Group.

The official announcement for the series from Sky and Peacock reads: “All 259 passengers and crew died when the bomb exploded over Lockerbie 38 minutes after takeoff, another 11 residents died when the plane crashed in silence.” Scottish city.

“Thirteen years later, in 2001, Libyan citizen Abdelbaset al-Megrahi was found guilty of a crime and then released on compassionate grounds in 2009.

“Shortly after the Lockerbie bombing, one of the worst terrorist attacks in history, some families of the victims came together to start a campaign for truth and justice.

“Among them was Dr. Jim Swire, whose campaign took him to the sand dunes of Libya to face Colonel Gaddafi, to 10 Downing Street to meet successive prime ministers, and to the corridors of power in the US, where he worked with American victim groups to pressure Washington to increase airport security long before 9/11.”

Jim and Kirstin Sheridan said: “The bombing of Pan Am Flight 103 was one of the deadliest terrorist acts in the world and continues to have a wide impact on justice in the US, Scotland and Libya.

“After more than 30 years, this series takes a detailed and very personal look at the aftermath of the disaster, and we are grateful to all those, especially Jim and Jane, who have trusted us to tell their story and the story of their loved ones on screen.”

Jim Sheridan has been associated with the Lockerbie film or drama for many years.

Speaking to The Hollywood Reporter in 2014, two years after Megrahi’s death, he said: “The scary thing is that they didn’t tell us at the time. It doesn’t really matter, people are dead and you can’t bring them back to life. But in the future, we need clear studies of these things.”