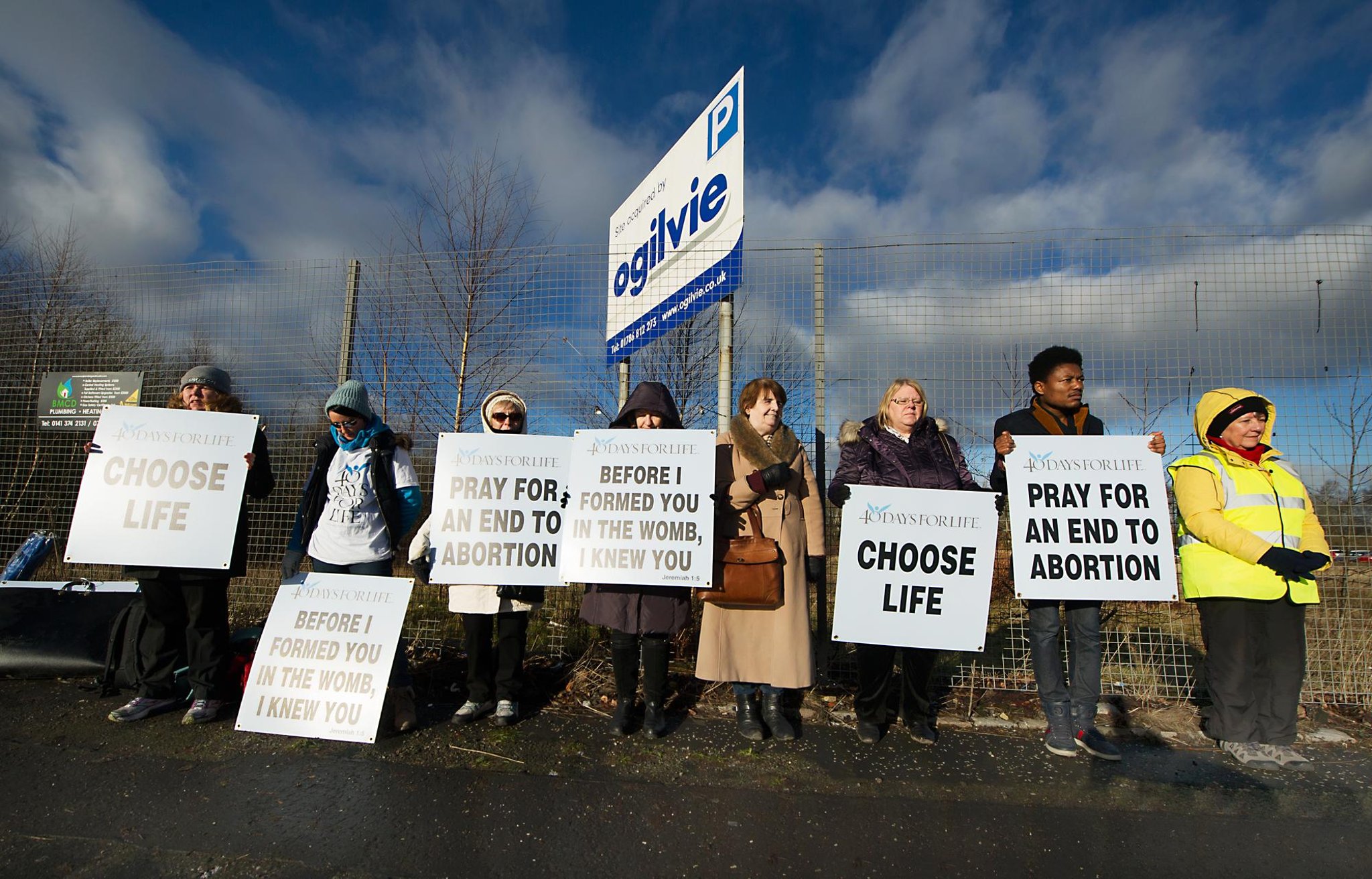 Ministers should conduct peer review of protests at abortion clinics, focusing on their “prevalence, frequency and scope”, their “impact” on patients, and the “opinions and motives” of protesters, official documents show.

Members of the anti-abortion group 40 Days For Life protest outside QEUH in Glasgow.

The SNP minister argued that councils should instead use local by-laws to impose restrictions that would limit how close protesters can get to clinics. However, the council said that this was not legally possible.

Her comments were in response to Scottish Greens board member MP Gillian McKay’s plans to introduce a membership bill to enforce the change.

The fact that the government is now investigating the impact of abortion clinics may indicate a shift in position, though Ms Todd said the government is simply looking for information on what might be the “proper way forward.”

The movement to study the impact of the anti-abortion protests was welcomed by Back Off Scotland, a campaign group that called for the creation of “buffer zones”.

Lucy Grieve, co-founder and director of the group, said the study was “a positive development.”

She said: “Back Off Scotland has long been calling on the Scottish government to take responsibility and protect our legal right to access healthcare without fear of harassment or intimidation, so it’s good to hear they are commissioning research on the impact of abortion clinics. protests.

“We hope that as part of the commissioned study, those who have been most affected by the protests – patients and staff – will be carefully studied. We have received so many messages from women across Scotland who have experienced this persecution first hand.

“However, there was one common theme: they all felt intimidated and disturbed by the presence of these protesters. The time has come for the Scottish Government to listen directly to their voices.”

Official documents say most of the protests are taking place in Glasgow and Edinburgh, and the study came after the government “received concerns that the protests/demonstrations were negatively impacting women’s access to clinics” and asked for action.

She said: “We have seen these vigils being held even during recent extreme weather events and no one should face harassment or intimidation when seeking medical care.

“Local authorities in Scotland have said they do not have the capacity to introduce buffer zones under current legislation and progress appears to have stalled.”

Ms Todd said a working group on the issue, including councils, health councils and police, had been convened to “try to find a suitable way forward as soon as possible.”

She said: “The Scottish Government believes that all women in Scotland should have access to timely abortion without a court order, within the law, if they need it.

“The Task Force continues to explore ways to ensure that women can access abortion services without feeling harassed or intimidated.

“This includes considering commissioning studies to better understand the impact of the protests and vigils in Scotland.”