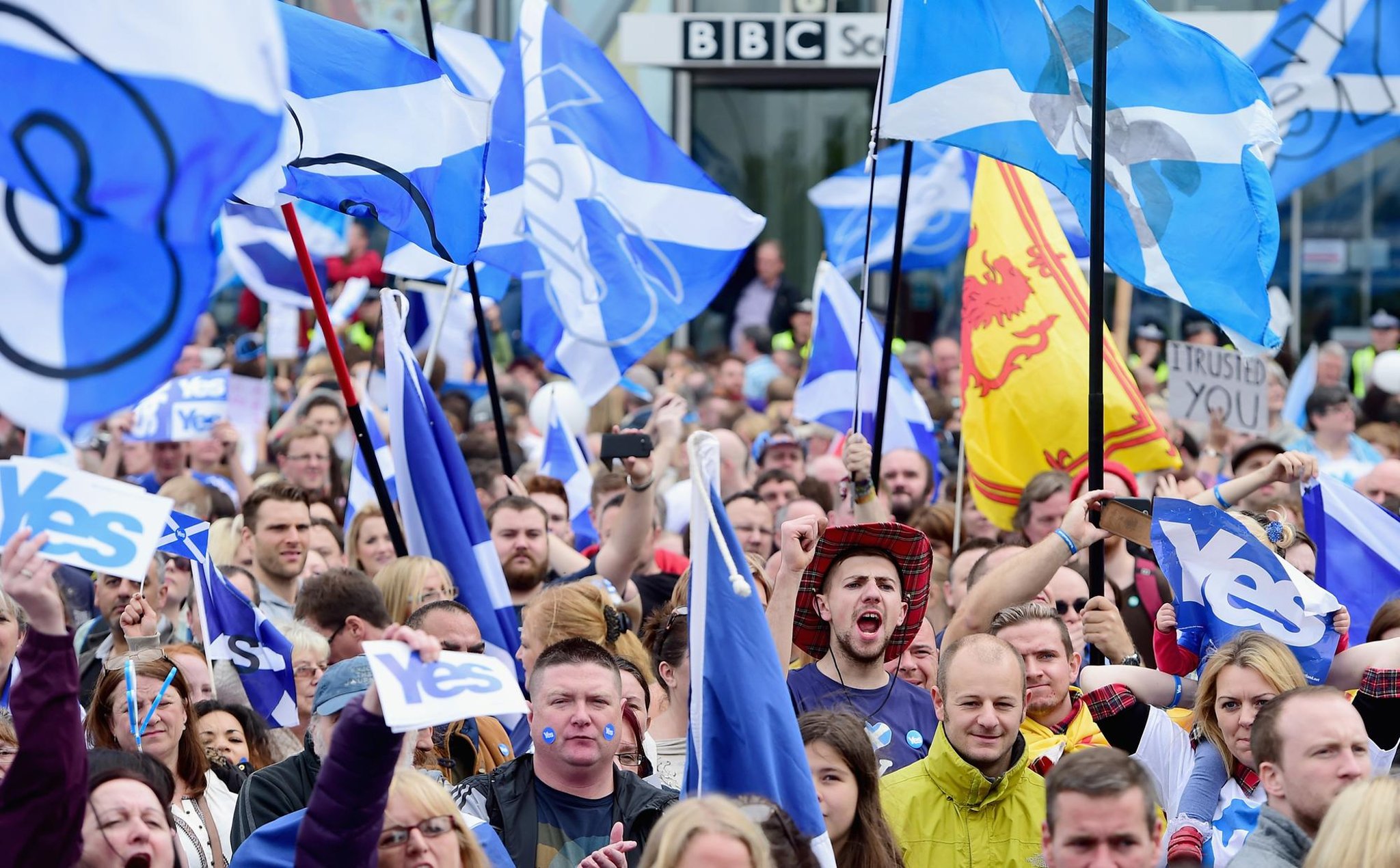 Their attention to this is truly relentless, and for that they can only congratulate themselves.

But in this case, their vision is blurred, the intensity of their gaze often harming the real prize – Scotland. The desire for an independent Scotland is entirely justified. His persecution must not be detrimental to Scotland.

But the quality of the arguments used to justify it, and in turn the methods used to promote it, have been proving devastating for more than a decade.

A ‘once in a lifetime’ opportunity to decide Scotland’s future in a 2014 referendum resulted in a decisive and unequivocal outcome. Scotland has clearly supported the view of generations of Scots for over three centuries that we must maintain our place in the United Kingdom.

But what should have been a landmark event, when Scotland spoke with one clear voice, also caused scars and controversy. Indeed, to say “scarring” can be overly generous and foolishly optimistic. Scars are a sign of healing, but some of the wounds from 2014 remain deep and open.

The memory of the thousands of nationalists who marched on BBC Scotland with a banner depicting then-corporate political editor Nick Robinson to protest his question “Is there a downside to independence?” their leader Alex Salmond still gives me goosebumps. It was the policy of torches and pitchforks.

Of course, Scotland is not alone in this spasm of monooptical, muscular politics. Trumpism created an era of “fake news” and prejudice in the United States that escalated into violence when the Capitol was stormed last year.

But what is deeply disturbing is that the BBC’s Sarah Smith hailed the coverage of politics there as a liberation from the land she was born in.

The sad thing is that her experience is far from unique. One word of criticism against the ruling party in Scotland leads to a flurry of insults, often seemingly orchestrated. Sarah Smith is one of thousands who have tried to make their voice heard, to tell the truth as they see it, only to face the furious wrath of nationalists in return.

This is not a debate. This is the propaganda formula. Do not respond to the thought expressed, discredit the person expressing the thought.

It’s not just from the nationalist edge. It comes from above. Just listen to the First Minister during questions in Holyrood. When Douglas Ross asks her about the current state of Scotland, she rarely answers his question.

His inquiries rarely lead to an answer, instead they elicit a torrent of belittling bile that blames him for everything from closing businesses that happened before he was born, to parties he denounced and didn’t go to, to supporting party leaders he went to. already called. resign.

It’s hard to ask Scots to respect their politicians when our oldest doesn’t respect her peers with a truthful answer.

I thought it was a wry and cynical remark when, in my youth, I heard someone say, “If you lie often enough, people will believe you.” I never thought I’d live to see the day when this would become public policy in Scotland.

So Nicola Sturgeon, who succeeded a man she described as having no “sexist bone in his body,” says all electricity in Scotland comes from renewables when it doesn’t, but to point it out is “to change Scotland’s mind.” .

Nationalists told us in 2014 that if we voted to stay in the UK, the Scottish National Health Service would be privatized, but if we voted yes, the removal of the Trident submarines would allow an independent Scotland to develop secret oil fields under the River Clyde. .

Both were not opinions. Not a point of view. It was a lie fabricated to deceive the Scottish public, for which the Nationalist High Command shows little respect.

The situation has not improved since 2014. Over the past few weeks, we’ve seen the Independence Campaign draw derision for changing positions on who will pay state pensions in separate Scotland. We even had a green MSP claiming that the Confederate War Pensions from the American Civil War served as a sort of model for how these issues would be handled.

The only consistent thing about the wildly controversial pension policy advocated by Nicola Sturgeon in 2014, when she said an independent Scotland would pay for them, and the one advocated today by her SNP colleagues, that they would be paid by the rest of the UK, is it is the scornful contempt with which she dismisses any criticism of them.

This attitude not only harms the debate, but extinguishes it. Scotland has always been at its best when it comes to enjoying controversy, challenging orthodoxy and innovating.

The spirit of the Scottish Enlightenment cannot exist under a false government that answers questions with a policy of torch and pitchfork.

I am not afraid of the results of the second independence referendum. I fear this process and what will be left on the political battlefield, which will turn into a quagmire of lies mercilessly spread by the nationalist side, currently led by people who only care about their own personal victory and do not care that Scotland is lost.

We could hope to be past the bitterness and controversy of 2014 by now. Unfortunately, they are still with us. Why would someone who really cared about Scotland decide to put us through all this again?