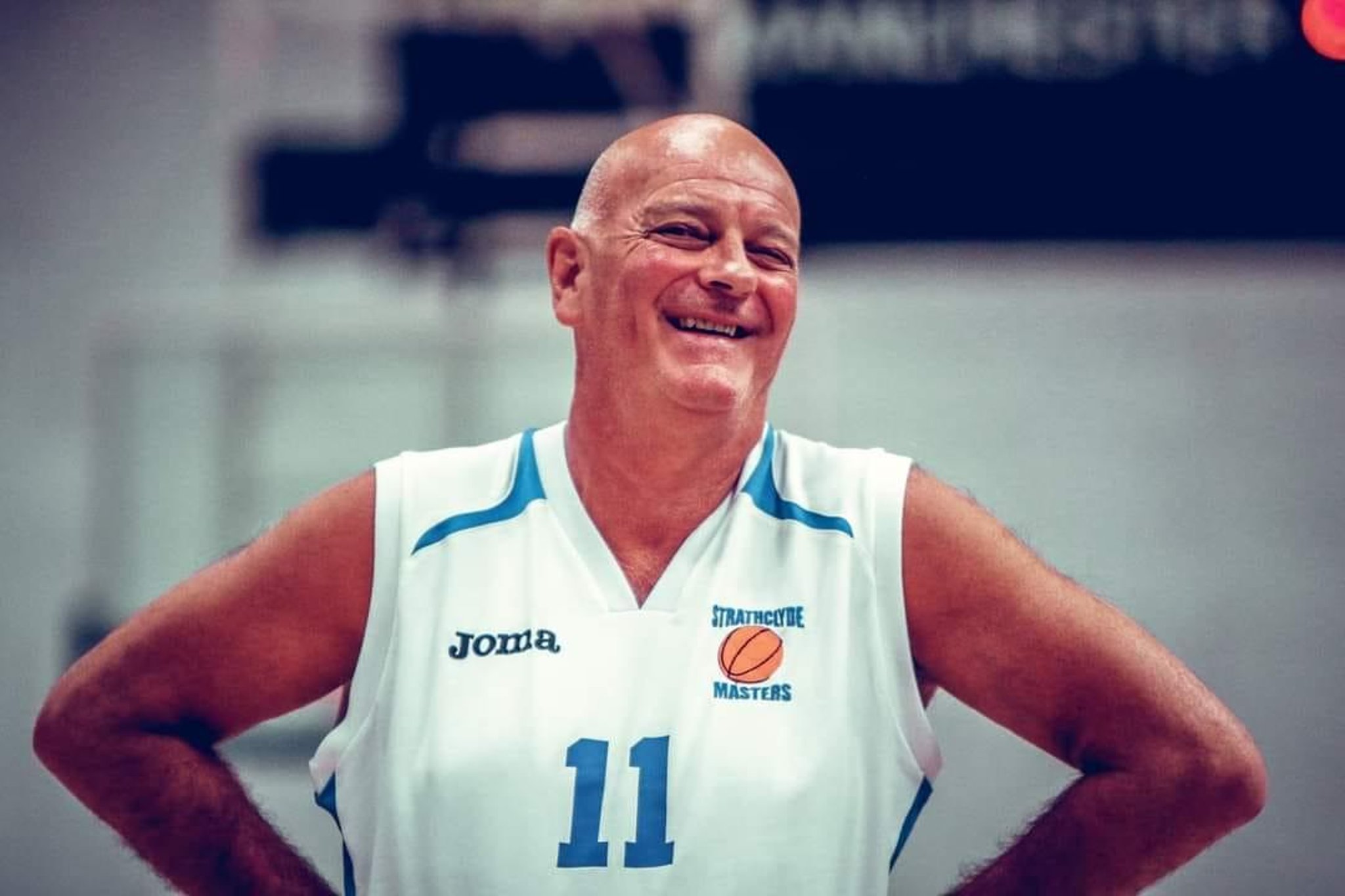 Bob Taft was still playing basketball in his sixties.

The death of Bob Taft after a brief but valiant battle with cancer was deeply felt in the Scottish basketball community. Bob was a good player; not exactly international, but over a long career with several clubs, he developed a reputation as a tough but honest defender and sharpshooter, especially from a distance, who could keep the score on the scoreboard.

However, his true legacy is as a coach, especially for young players. Bob’s students are still active in the game in Scotland. He had a knack for instilling a love for the game and an understanding of its history and qualities in the children he encouraged, at club level and through his work as manager of Scotland teams, from age groups to the full national team.

He still played, to the point that he had to leave due to his last illness. Bob was a key player for the Strathclyde and Scotland Masters – still hitting the boards, new knees and all, at 65 and playing Masters tournaments in the UK and abroad.

Robert Taft was born in Greenock, the eldest of six children. His father, also Robert, was a window cleaner and times were hard. Bob excelled at Mount School in Greenock and it was there that his love of basketball was nurtured, winning his first local trophy at the age of 11 before playing for the Greenock Pacers and Inverclyde.

His teachers thought that Robert had enough brains to graduate, but the needs of the family forced him to leave school at 15 to become an apprentice welder at Scott Lithgow’s shipyard in the Glen. He served his term and was, by all accounts, a “damn good welder”.

However, he met and married Joan, a Langbank girl and the love of his life. As she recalls, “Bob came home from work one day and said, ‘You know, you don’t see a lot of old welders, I’m leaving while I can.’ He got a job as a postman, but his talents were noticed and he was promoted to work behind a counter at Paisley’s main post office. This in turn led to him being hunted down by the Post Office Investigation Unit (POID), his police force, where he investigated fraud and other nefarious activities.

He took his job seriously, earning an honors degree in criminology while studying at night. His most recent role was as a crime risk manager in the same office on Underwood Road where he started out as a lowly postman a few years earlier.

Bob rose to high rank with the help of POID, which he attributed to his solid family upbringing in Greenock, where he was awarded the Boys’ Brigade Queen’s Badge and President’s Award recipient, as well as receiving his Duke of Edinburgh’s Gold Award – service to others has always been important to Bob. He also played basketball for local clubs in Greenock.

Robert and Joan settled in Paisley where he continued to play basketball at the Paisley Club before moving on to play for Kilmarnock and then for the short-lived semi-professional side Glasgow, Falkirk, Clydebank and James Watt College before finishing his college. top playing career with Cumnock.

He also played for the Scottish Civil Service basketball team for many years and for the entire UK Civil Service team against foreign opponents. For his service in public service sports, he was awarded the Sir Douglas Haddow Trophy in 1998 in recognition of his work on the Scottish Public Service Sports Board. It was at Kilmarnock that he first teamed up with Tommy Campbell and the pair became a force for good in Western Scotland basketball. They were known as Jack and Hack, and more recently Jack and Victor. Tommy founded the Troon club, Bob co-founded Renfrew Rocks BC. But the duo’s best work was as a coaching team.

Bob has probably been a Good Cop for Bad Cop Tommy as they have had success with Scotland’s various age group lineups and finally with the entire national team. He also coached the St. Mirren Football Club. While at Friends he was named Scottish Basketball Coach of the Year in 2002 and the great St Mirren under 18 team he coached achieved international success in the Belgian tournament where they beat teams from Germany, Belgium , Holland. , Romania and USA.

In 2005 he was honored for 25 years of service by Basketball Scotland when the organization created the National Volunteer Recognition Award.

His last basketball role was as head coach at the University of Strathclyde. When university officials saw Bob’s coaching resume, they said, “We don’t think we can let you.” They had nothing to worry about, he worked for free, just for the love of the game.

Basketball was not his only sporting passion. Bob loved Saturday morning futsal games, especially when he played on the same team with his son, Robert Jr.

In retirement, he and Joan became enthusiastic about traveling the world, and it seemed inevitable that he would meet old basketball rivals from other countries. Unfortunately trips were cut short first due to Covid and then due to Robert’s cancer. He fought his illness, a particularly aggressive form of the illness, with all the determination he showed on the court, but the illness went too far and after only four months, during which he received impeccable care from the Accord Hospice team, he passed away.

His early years with the Boys Brigade shaped the person he would become – he always encouraged and supported youth in basketball and in life. Bob believed in the “don’t prepare, prepare to fail” principle. It was an ideal that he carried throughout his life and preached to many young people who benefited from his coaching experience.

The bald eagle is gone and the world has become poorer since he left.