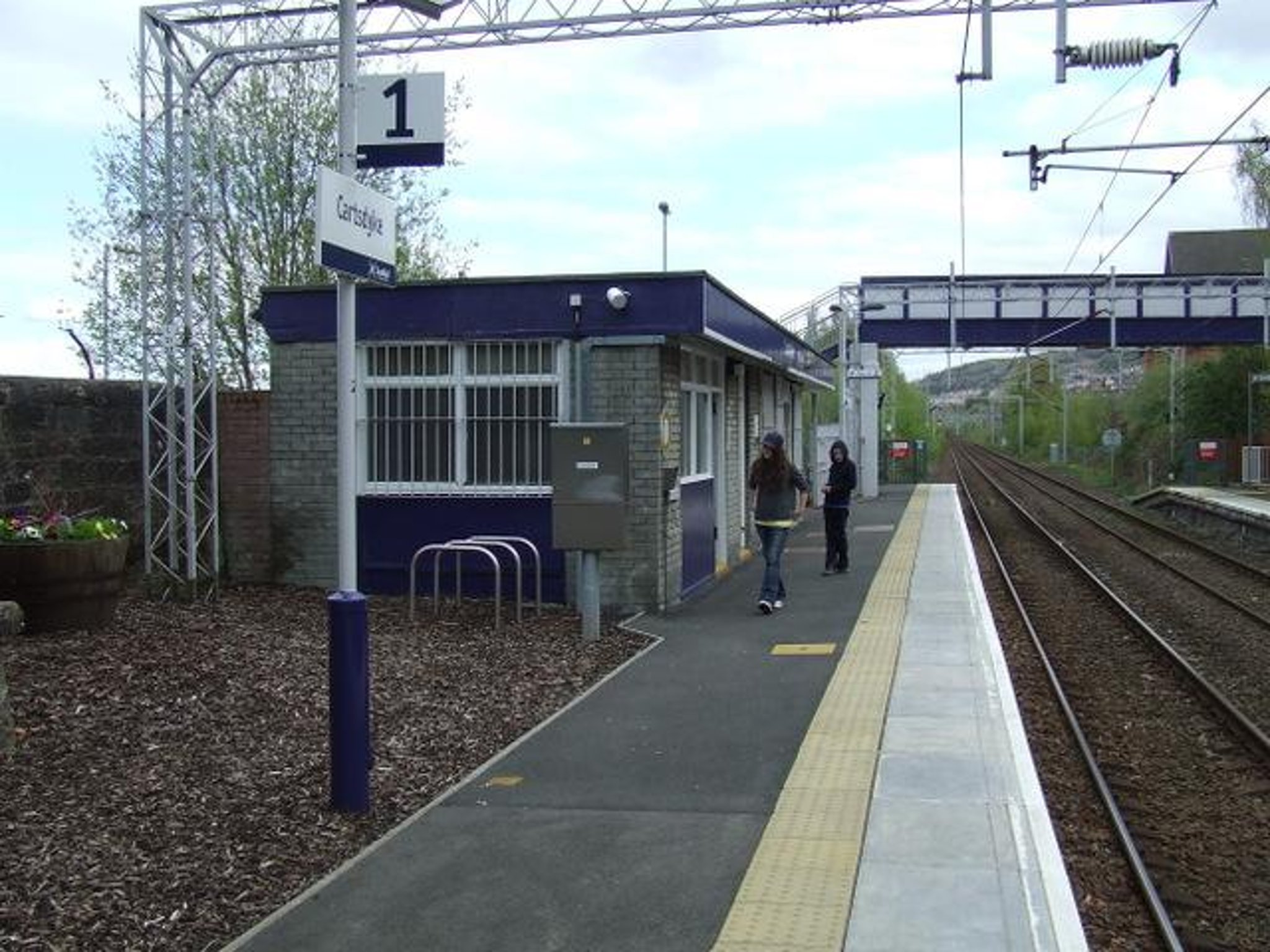 The train operator said today that it will also largely cancel plans to cut hours of operation at about seven of its 117 offices due to the downgrade.

The stay of execution of Clydebank, Cartsdyke in Greenock and Woodhall, near Port Glasgow, should give ScotRail time to “consider whether new home sales and business incentives will increase local ticket sales at the box office.”

It says hours of operation will also be “widely maintained” at two stations serving hospitals – Dalmuir in West Dunbartonshire for the NHS Golden Jubilee and Hyndland in Glasgow for Gartnavel General and Royal.

The ticket office at Cardsdyke station in Greenock was one of three to be closed. Photo: Jackyboi1969/Wikimedia Commons

According to the revised plans, the Wishaw box office will also open on Sunday.

In addition, a total of 33 hours of planned cutbacks in other offices will be cancelled, which mainly includes 15-20 minute delays at stations such as Bellshill, Wemyss Bay, East Kilbride and Larbert.

ScotRail said staff will also remain at 51 stations to assist passengers during the same hours as they currently are, even though ticket office hours will be reduced.

However, 54 ticket office staff will be redeployed to create three “Mobile Teams” and a “new high-end customer service” at Glasgow High Street, Paisley and Partick stations.

The changes follow 1,500 responses to a public consultation launched last month and comments from Transport Focus, which monitors passengers.

It states that none of the affected employees will lose their jobs.

Head of Accounts Phil Campbell said: “The changes we are proposing to make as a result of public consultation demonstrate that we are listening to our customers and creating an environment that enhances safety, customer support and staff willingness to help.”

However, the union of railway workers, maritime and transport companies called for all cuts to be postponed.