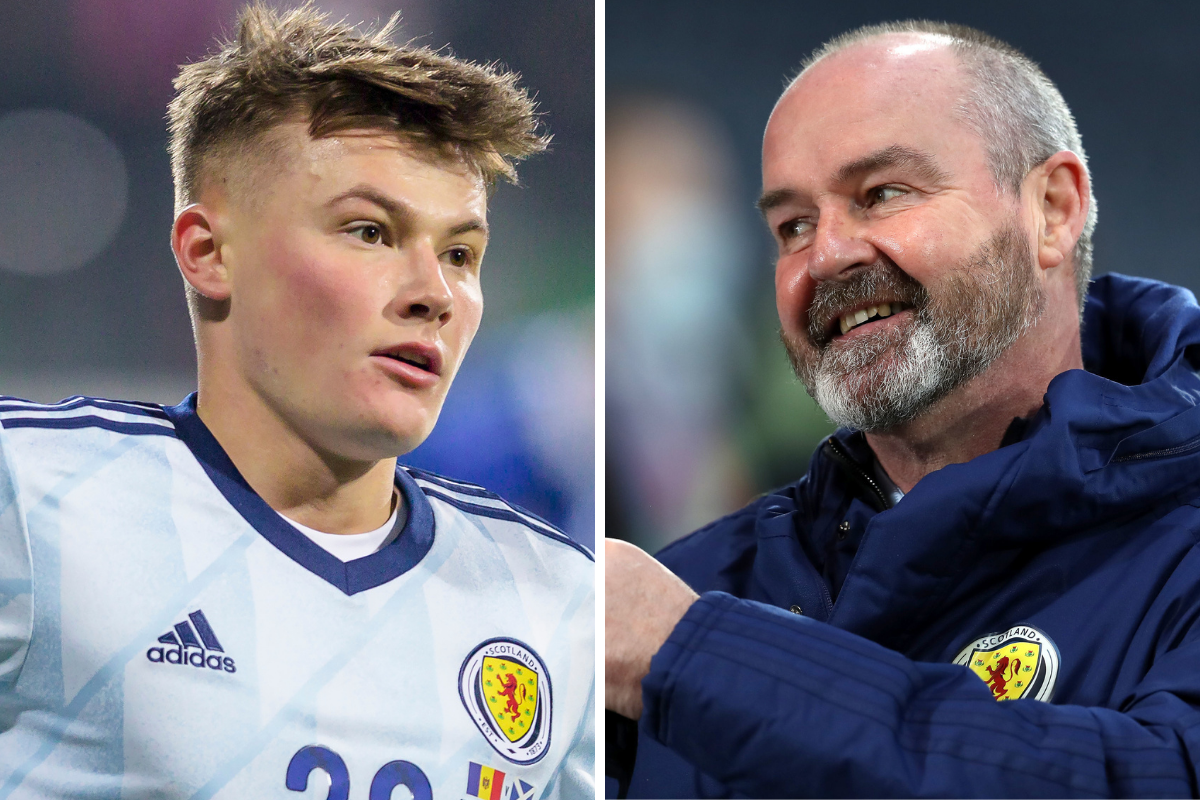 OH Butterscotch chewed up and spit out.

But Nathan Patterson was told that his bitter taste of football reality would do him no harm.

Scotland boss Steve Clarke knows the former Rangers boyfriend hasn’t been on trend since he joined Everton in January on a £16m deal.

The 20-year-old had only survived one first-team match, in the FA Cup against Boreham Wood, when he was relentlessly caught at half-time.

But Clarke is convinced the experience could spark a desire in the right-back to prove himself in the Premier League.

Clarke said, “Look, I think he’s happy to be here with us this week. It’s a change of scenery for him after a tough time at Everton where he just needs to be patient.

“I had a little text conversation with Frank Lampard about Nathan when he came to power and obviously I spoke very highly of him.

“But Frank is in a situation where he needs to score points very quickly – there is a lot of pressure at Everton.

“So, I understand the situation. It was difficult for Nathan once Rafa Benitez lost his job because it was Rafa and the sports director at the time who signed him.

“He has a good move at a good club.

“Hopefully he should get a few minutes before the end of the season and that would be good.”

For such talent, Patterson actually didn’t play much football in his career.

At Rangers, he was a minor player behind James Tavernier, starting just 15 games in three seasons.

Now he’s in even worse shape at Goodison.

But Clark added: “I’m sure that when he comes to the end of his career, he will play enough football. It’s just a small stop-start for now.

“But every time I chose him to play for my country, he didn’t let us down and that’s the most important thing for me.

“He trains well, works well and looks happy to be here. It is very important for us”.

Judging by the way Clark spoke yesterday, he will not hesitate to select Patterson for tomorrow’s match against Poland.

He added: “He’s at Everton every day, working with Premier League players. It’s about doing your job right on the training field. I always say about players: if they do their job well, the first game they play after a while is not a big problem, it’s probably a recovery, then play again and again.

Bringing Aaron Hickey into his team is something Clarke really wanted to see.

The 19-year-old ex-Hearts teenager – now severing ties with Bologna in Italy – beat the Scotland under-21s believing he was too good for Scott Gemmill’s side.

This is for an embarrassing situation, but having been selected for tonight’s friendly game against Poland, the teenager is now NOT eligible to start after complaining of feeling unwell yesterday morning.

Clarke added: “I didn’t get a chance to chat with Aaron. He only joined us on Monday, playing on Sunday night.

“Wednesday would have been his first opportunity to join, but then he woke up feeling unwell. It’s disappointing, but nice to have him on the team.

“Obviously he didn’t have much international experience, so it’s nice to have him here so he can see how we work.

“It’s a little different than club camp where you have to meet different people and new faces.

“The main thing for me and Aaron is that he leaves here with a good impression of what we are doing here.”

Clarke is tinkering with his proven line-up tonight, but he suggested yesterday that Kieran Tierney would not be moved to left-back from his usual left-back role.

One player who may get a chance is Ross Stewart, a role model for every kid released at a young age who fails to get a grade at St Mirren.

Asked what he likes about the Sunderland hitman, Clarke said: “I can tell he’s from Ayrshire and it’s always nice to have another one on the squad!

“But he had a difficult journey coming out of St Mirren as a kid and then playing in the Ayrshire junior team.

“He had a pretty quick rise when he did well at Ross County, scored a few goals and moved to Sunderland.

“People may say, ‘He only scores at the level of the first league,’ but you have to understand that he plays for a big club with big demands.

Sunderland are definitely in the wrong league and there is always pressure at such a club. But he produced goods for a purpose.

“I knew I wouldn’t have Lyndon Dykes in this game and Kevin Nisbet was seriously injured so it was just a chance to look at another forward.

“The most important thing is that Ross comes out of this camp and thinks: “I liked it. I want to do it again.”