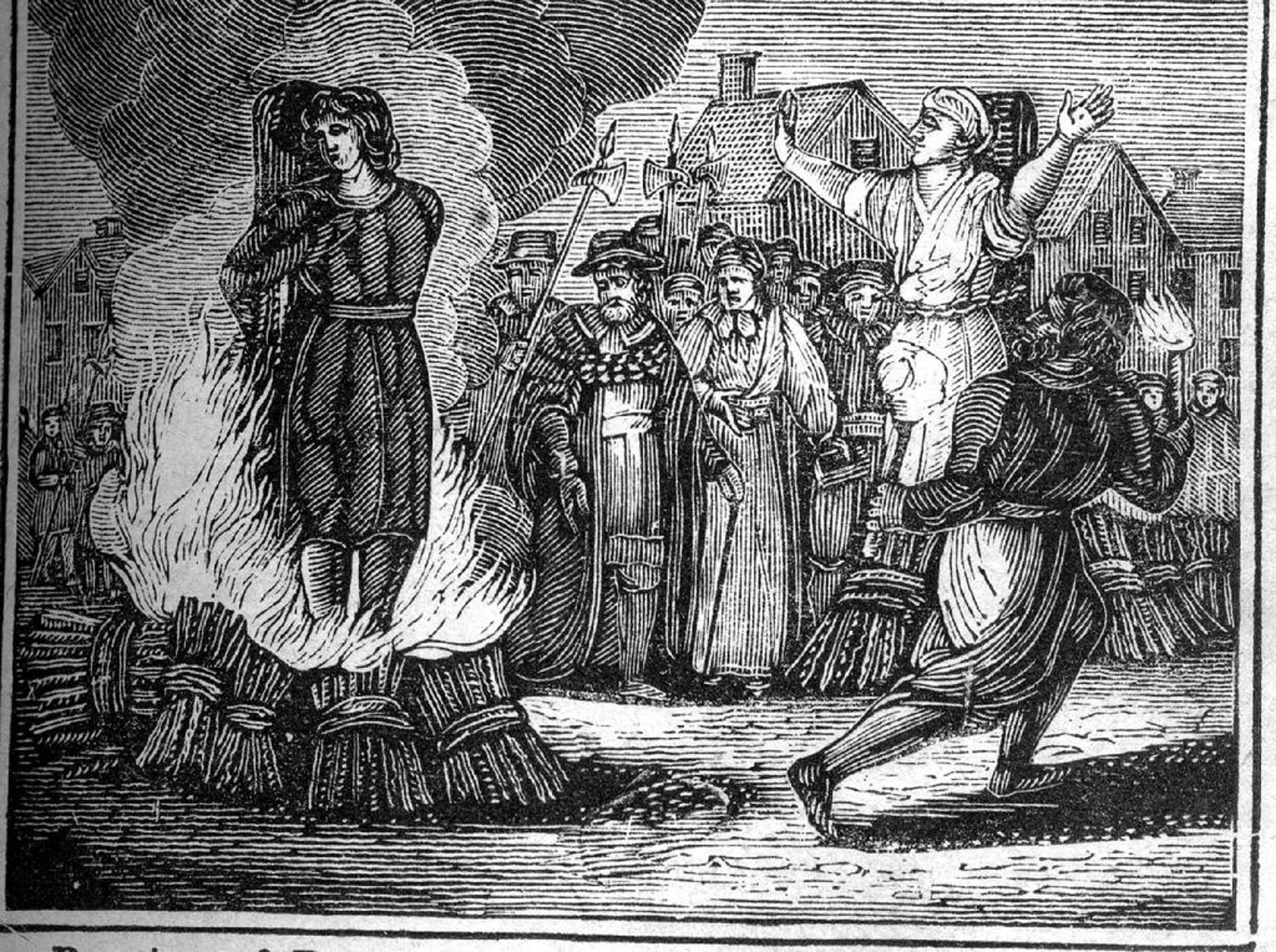 The macabre document dates from 1597 and comes from the Dean of Accounts for the Guild of Aberdeen. Written in Old Scots, it highlights the unprecedented outbreak of witch paranoia in the city and the gruesome fate of those accused of such crimes.

One entry concerns the execution of Isobel Stratanchin, also known as “Scuddy”, when the city purchased 26 “loads of peat to burn” for 2 lib (pounds), 13 shillings and 4 pence.

Six wagonloads of firewood and four casks of tar were also bought at 6s. 8d. The share was bought for 13 shillings and 4d, including the cost of transportation and installation. Six fathoms of rope were bought.

Notable records from the accounts of the city of Aberdeen from the late 16th century show the value of the goods needed to burn the witch. IMAGE: Creative Commons.

Meanwhile, John Justice’s fee of 13 shillings and 6d was paid.

“One of the most frightening things in these documents is that the executioner is referred to as John Justice. Obviously, this is not his real name, but the mechanics of the execution, its reality is read in black and white.

Aberdeen Church, home to a metal ring embedded in the wall where witches were reportedly chained during their imprisonment, will be the setting for a new play, The Witch Hunt (pictured), which explores the story of Janet Horne of Dornoch , the last Witch executed in Britain. PIK: Contributed.

It is known from separate court records kept in the archive that in February of that year, Isobel was charged with two charges. She was accused of bending the coin, wrapping it in a handkerchief, and then “enchanting the fabric” with a love spell that connected the owner of the coin to the man she loved. The owner later threw the fabric into the fire, which nearly destroyed her home.

Isobel was also charged with collecting “bones of the dead” from the cemetery at Dysa and boiling them in water, which was then used to treat a man on his deathbed. Then the bones were thrown into the Don River, after which “the water hummed so [if] all the hills collapsed there.”

At the height of the Aberdeen witch-hunts in 1596 and 1597, about 40 cases were recorded locally, many of which were executed after long periods of imprisonment and torture. The vast majority were female.

St Mary’s Chapel in Aberdeen where the witches were imprisoned while awaiting charges against them. A metal ring embedded in the wall is where the accused were chained. PIK: Contributed.

The situation in Aberdeen was repeated throughout the country after the enactment of the Queen’s Act 1563, which stated that no one should “use any method of sorcery, sorcery or necromancy, nor impersonate himself to possess any such craft or knowledge of it. with crimes now punishable by death.

According to the archives, there was an enthusiasm in the Northeast for identifying and persecuting witches in the 1590s, when James VI was conducting his own campaign against witchcraft and ungodly threats to his throne and dynasty.

Mr Astley said: “The King at the time was instrumental in creating an atmosphere and what was going on in the city was a way of showing his loyalty to the Crown in a strange way.”

Mr Astley said Aberdeen was building international links at the time but remained a “rather religious and superstitious” place where the authorities “flexed their muscles” for decades after the Reformation.

Writer Zoe Venditozzi and Claire Mitchell QC of the Witches of Scotland campaign calling for clemency for those accused of witchcraft in Scotland. Photo: Stan Clement-Smith

He said: “The witch hunt was a kind of pretext to prosecute people who did not fit into society, as well as reflecting suspicions about the hidden sexuality of women.

“Obviously it was a very patriarchal society at the time, and it was a way of extending the influence of patriarchy to a wider population. Perhaps this was a way to keep a certain part of society in fear. Mostly those who were accused of being witches were from the lower strata of society.”

A study of Scottish witchcraft by the University of Edinburgh found over 3,800 cases of accusations of witchcraft between 1563 and 1736. Cases peaked between 1590 and 1662, when there were five large-scale witch hunts.

Today there is a growing call for pardons for those accused of witchcraft, led by the Witches of Scotland campaign. A private member’s bill to clear the names of the accused will be introduced in the Scottish Parliament this year.

In Aberdeen, those accused of witchcraft were held at St Nicholas Kirk Church, known as Mither Kirk, both in the spire and in St Mary’s Chapel. The suspects, including witches, are said to have been chained to a metal ring still embedded in the wall of the chapel.

The Kirk will be the setting for a new play about a witch hunt in Scotland to be performed at the Granite Noir crime fiction festival in Aberdeen later this month.

Witch Hunt features excerpts from playwright Rona Munro’s The Last Witch and follows Janet Horne of Dornoch, the last witch to be tried and executed in the UK. She was murdered in 1727 after being arrested along with her daughter amid allegations that she turned her daughter into a pony to take her through the countryside.

Cameron Mowat, director and producer of Witch Hunt, said that Misier Kirk was the perfect setting for the production, given its involvement with witch hunts.

He said, “I was on a tour of the building and I saw an iron ring stuck into the wall. This is a tiny testament to our dark past. We’ll put on a performance in the body of a pickaxe. We don’t want to make political or spiritual statements, but we feel it’s important to tell these personal stories that go back to very dark times.”

The Witch Hunt will take place at St Nicholas Kirk, Aberdeen during the Granite Noir crime fiction festival from 25 to 27 February.