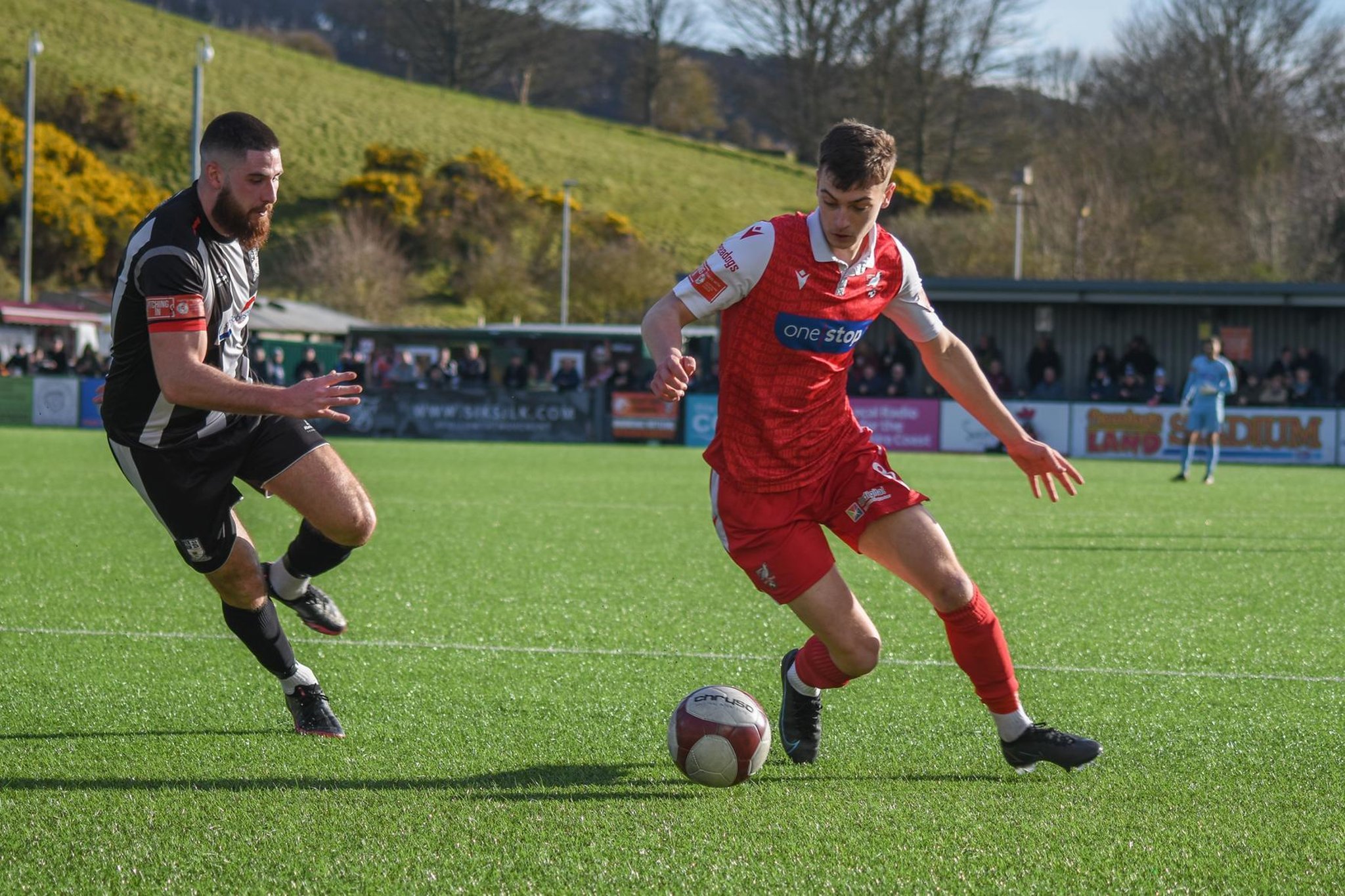 Boro’s Luca Colville scored and was man of the match against REdcar.

Boss Jono Greening fielded a strong team, and Boro led most of the first half without ever having to test goaltender Matt Bateman. written by Steve Adamson.

A cross from James Cadman into the box went clean, Cam Wilson set in a blocked shot from Brad Plant, Dylan Cogill headed a long shot into the box from Ash Jackson in his 50th game for the club, and Plant went two balls wide. defenders before opening fire.

The Redcars then enjoyed their best moment of the game as skipper Michael Woodhouse took a shot and Owen Clarkson shot wide from a cross from Woodhouse before they took the lead in the 32nd minute as Isaac Walker rushed in a pass and hit the ball. approaching Boro goalkeeper Ryan Wheatley will score his 21st goal of the season.

Luca Colville went past three defenders before being tackled by an impressive Woodhouse and shortly before halftime, Jackson sent a low cross into the box, but Jake Day’s shot was blocked.

Ryan Watson and Michael Coulson joined the fight in the second half, but the first chance fell to Redcar when Connor Smith rushed down the left flank but was stopped by Cadman’s superb tackle.

At the other end, Cadman conceded to Colville, who shot wide of the right post, but equalized in the 58th minute when Wilson blocked a shot and Colville parried the rebound off the edge of the box.

Watson headed free-kick and Redcar centre-back Jack Proctor headed Watson twice before Boro took the lead with Goal of the Season contender in the 68th minute.

Jackson’s long shot was deflected by Max McGuckin, but the ball fell to Cadman, who landed a thunderous 25-yard shot to the top right corner that the goaltender had a hand on, but was overpowered by the sheer power of the ball. strike.

Wilson, who had a great game, ran through the maze, but his ball in the penalty area was clearly cut by Proctor, then Kieran Veledji headed for Watson’s corner.

Redcar’s Moroccan midfielder Kamal Ait El Hadj landed a well-placed shot after being set up by Walker before Boro went 3-1 ahead in the 81st minute when Watson shot from the right and fed a pass into the net where Day fielded foot to direct the ball. to the bottom left corner.

Day later crossed wide of Boro and El Hadj hit over the crossbar for Boro and Proctor headed the ball in the last minute.

Good practice for Boro and a 15th unbeaten game against a decent Redcar team that never lost.

Colville was great with the ball and Cadman also put on a terrific game while it was good to see skipper Coulson having 45 minutes to his credit.

Man of the Match: Luca Colville