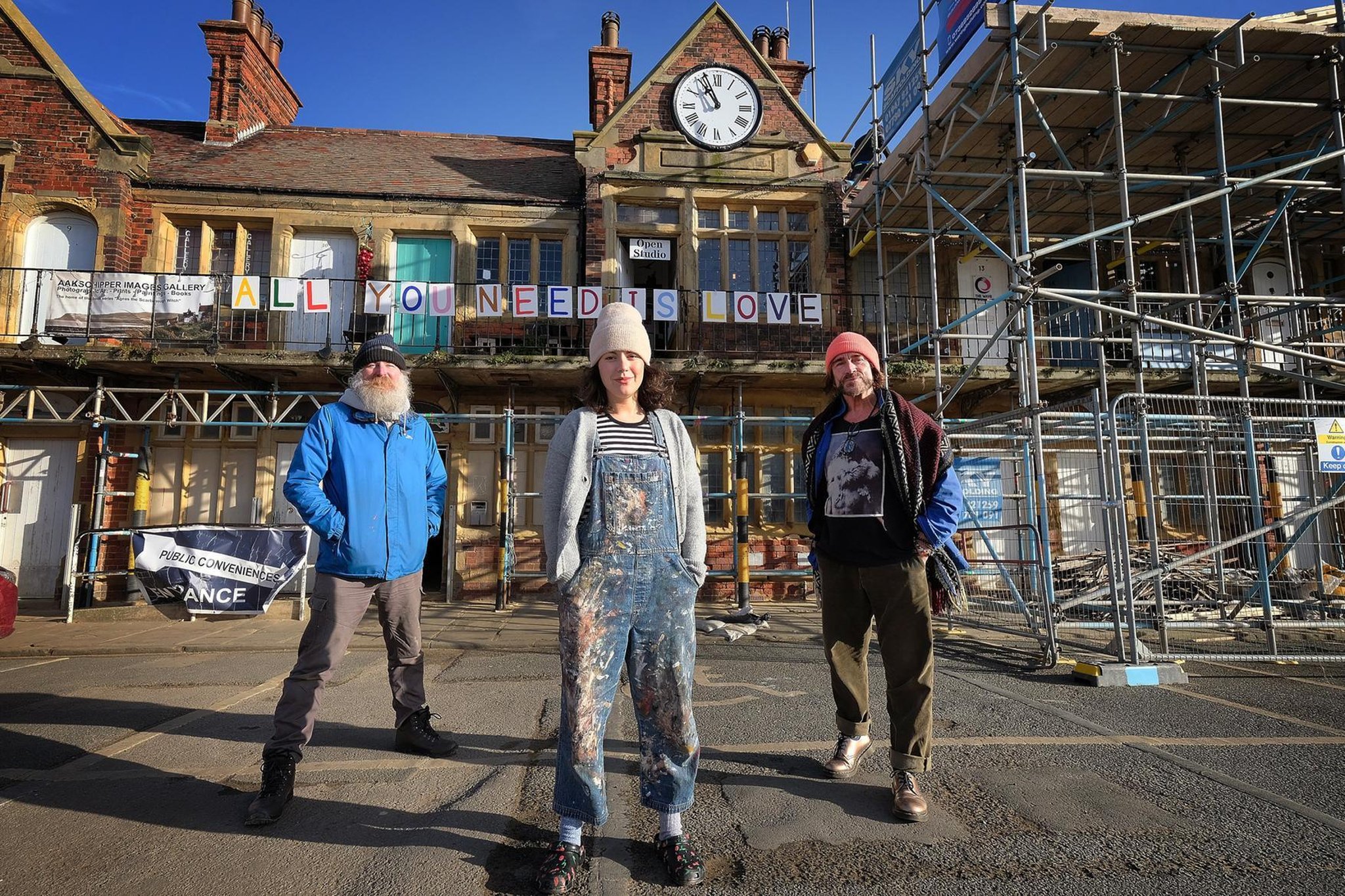 Scarborough artists have spoken of their anger at the proposed redevelopment of the West Pier, which would mean they would have to move out of their current studios.

Part of these plans could be the transformation of the old fisherman’s office into an elite restaurant.

The commemorative building, located next to the traffic lights at the entrance to the pier, was once used as the office of the fishing industry.

It is now home to several artists who use the space above the ground floor for art studios. There are eight units, half of which are used as artists’ workshops.

It is assumed that the building is intended for an elite restaurant.

A Scarborough City Council spokesman said: “The redevelopment of the harbor area and West Pier is central to our plans to transform Scarborough as outlined in the city plan.

“We want to better integrate our fishing industry with the dynamic visitor economy and improve the way we showcase our seafood offering.

“In the future, Scarborough Harbor will be a key site for visitors and socializing.

“The artists’ studios will remain a valuable part of the resurrected West Pier.

“An alternative block designed for artists’ studios will be created in a neighboring building. This will give us more room to bring a second restaurant to the West Pier within the current studio space and increase traffic and interest in the destination as a whole. All of our tenants will benefit from this.

“We have been discussing the proposed redevelopment with tenants and stakeholders for many months and intend to do our best to meet their needs during the project.

“Following our last round of engagement with them in December and January, we will be holding face-to-face briefings with them next week.

“There will be communications with the general public in due course, but we have always felt it right that tenants and other operators on the West Pier be the first to know about the proposed plans.”

They told The Scarborough News of their anger and frustration at the possibility of being evicted from the building.

Mr Freeman-Bahn of Badgers of Bohemia said he was consulted by Scarborough Council on the redevelopment of the West Pier. These plans included the preservation of the building as a space for artists.

He said: “The idea behind the renovation was actually to create a retail environment for artists’ studios of different sizes, which would then allow for different scales, but ultimately it was about turning the building into a cultural gem.

“So getting locals, independent producers, professional artists and professional manufacturers to come here and get a space where they can actively participate in the volume of incoming customers will help people come back.”

The trio agree that the space should be fully adapted and used to enrich the art community in Scarborough as they say the artists want the space but it’s not there.

Mr. Springall said: “There are artists who are asking for these spaces, they are looking for them, but until they are there, they cannot come and use them. Over the years of Covid, many people have realized that this is what they want to do.”

The artists claim that they were offered to move to a neighboring building, but it does not suit them because of the small windows (which means less light), and they would rather stay together.

The artists also claim that not all of the artists who use these spaces have been consulted by the council about the plans.

Nina Hughes, one of the artists, said: “We are what Scarborough needs more and the board knows they need more of it and people want it. They are trying to get rid of us or move us without telling us what is going on. It’s discouraging because no one tells you the truth or refuses to meet.

“For us artists, we would like to stay here together. It would be a dream. The most important thing is that this building is not thrown into ruins, as the futurist did.

“We’re like a breath of fresh air here, and I just think the council would be ashamed not to admit it.”