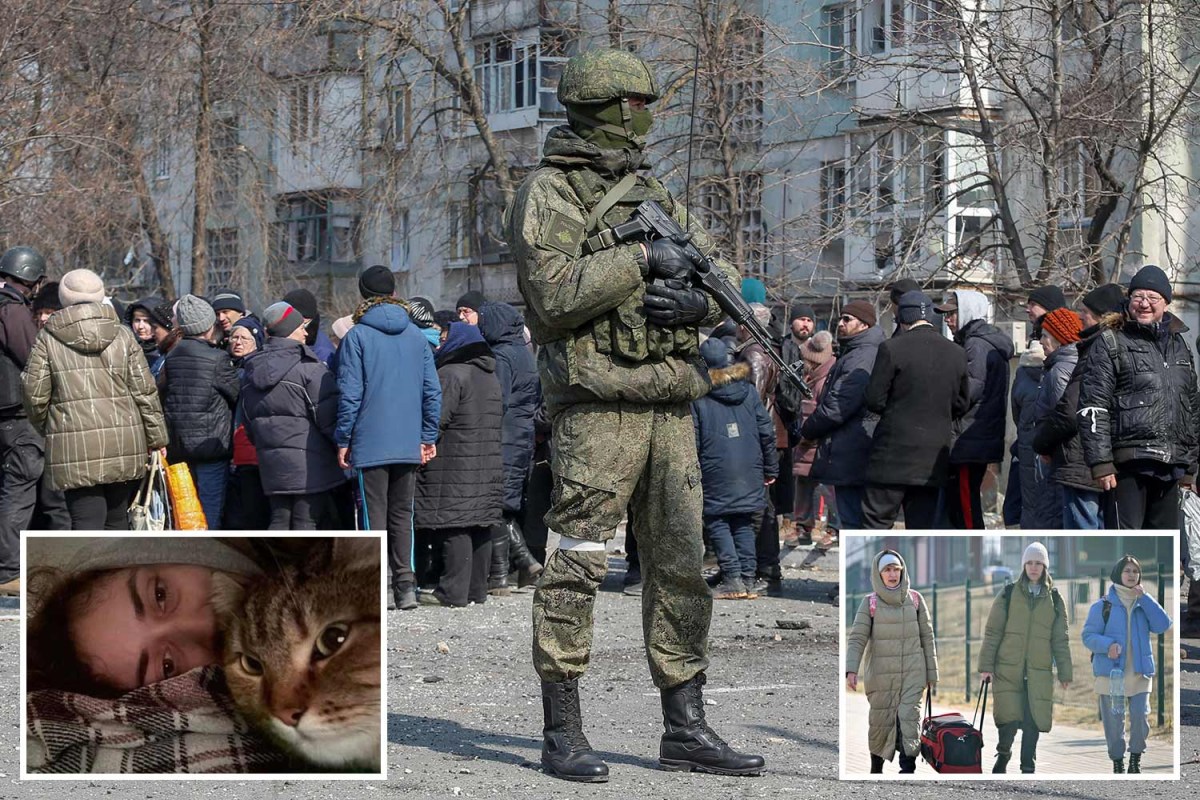 RUSSIAN soldiers are reportedly using rape as a “weapon of war” in Ukraine, prosecutors have warned.

It is also believed that Putin’s savages are shooting civilians in cold blood amid a sinister invasion that is 28 days old today.

According to her, the savages attacked a woman in Brovary, in the east of Kyiv, after they broke into the family’s house.

The prosecutor added that vicious soldiers even committed heinous crimes in front of a child on the property.

They then threatened the child with a weapon.

The woman who survived the nauseating attack is said to have provided evidence to investigators.

One of the soldiers is said to have been identified and an investigation is underway.

After the investigation began, Venediktova, 43, said prosecutors would “find all the villains” who rape Ukrainian women.

She added that the nation would force the hideous Russian savages to face the full “harshness of the law.”

This comes after Russian soldiers were accused of mass assaults on houses in order to commit sexual assaults during the invasion of Ukraine.

A former waitress who has lived on the outskirts of Kyiv for four years said that “Irpen is hell” and that Russian soldiers “just shoot people who enter private houses, and at best they just kick people out of their houses.”

“They rape women and they just dump the dead. They open basements where people are hiding and shoot them,” she added.

Russia is once again using rape as a tool of war. This time in Ukraine. History repeats itself.

The Ukrainian Foreign Minister also previously confirmed that there were reports of sexual abuse by Putin’s soldiers against Ukrainian women.

Referring to the Soviet occupation of parts of Germany in 1945, when Russian soldiers raped women mercilessly, Ukrainian MP Lesya Vasilenko said that “history is repeating itself.”

She said: “Two million people were raped in Germany by the Russians during World War II.

“Russia is once again using rape as a tool of war. This time in Ukraine. History repeats itself.”

Prosecutor Venediktova has previously said she has a wealth of evidence “proving” that Russian President Vladimir Putin is a “war criminal.”

She told the AFP news agency that she currently has a list of 127 “suspects” she wants to prosecute in international courts.

A US Defense Department spokesman told Reuters news agency on Wednesday that Russia’s combat strength in Ukraine had fallen below 90% of pre-invasion levels for the first time since the start of the war.

Russian casualties were estimated at a whopping 15,600.

While the UN says it has recorded 953 civilian deaths and 1,557 Ukrainian injuries, the real figure is expected to be much higher.