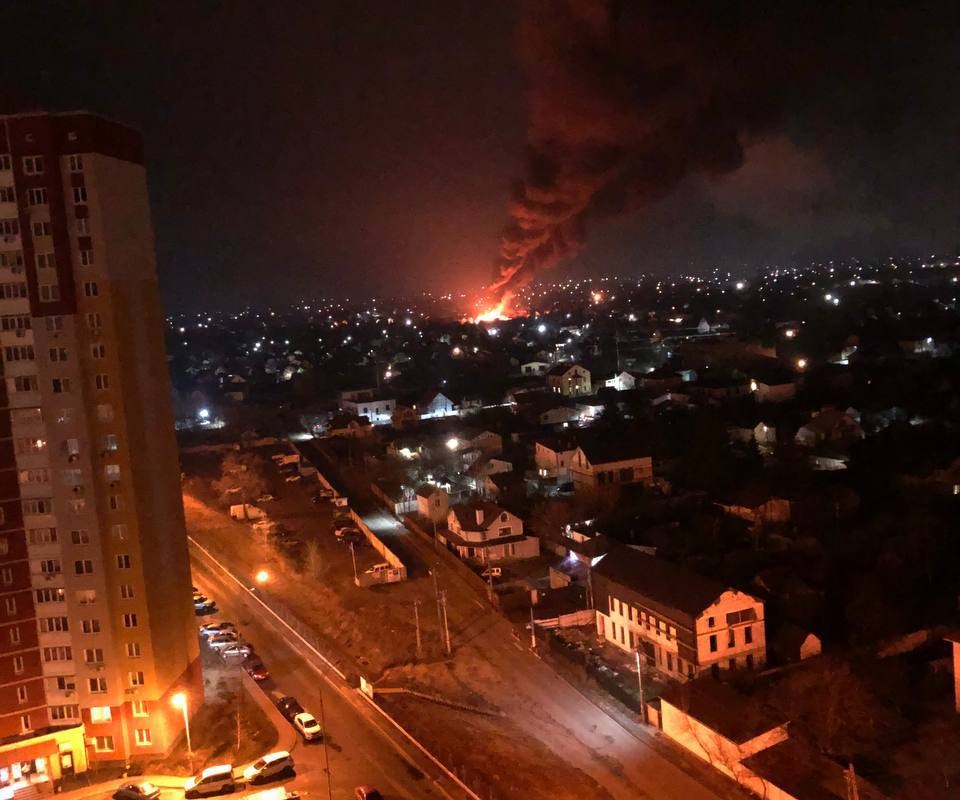 Explosions erupted in the Ukrainian capital, Kiev, amid fears that Russian troops had forced their way into the city.

Explosions were heard in the city of 2.9 million people, and the video shows the night sky lit up by Russian attacks.

The Ministry of Internal Affairs of Ukraine claims that a Russian plane was shot down over the city.

“According to operational information, the enemy plane was shot down by Ukrainian air defense forces and crashed in the Darnytskyi region,” adviser Anton Gerashchenko said.

He also shared on his Telegram account a series of photos of a burning nine-story building.

“The attacks on Kiev with cruise or ballistic missiles are just continuing,” he wrote.

Numerous reports claimed that Russian forces were to reach Kiev by 3 am local time (1:00 GMT).

The sky over the city was calm for a while, but just after 4:20 local time (2:20 GMT), loud explosions were heard.

According to unconfirmed reports, Kiev’s air defense system was activated, intercepting Russian missiles over the city.

Journalist Neil Hauer shared a video he claimed showed a Russian plane shot down over Kiev.

East European news agency Nexta tweeted a photo showing the aftermath of falling debris on a residential area of ​​the city.

Darnitsky is a large district in the south-east of Kiev, between the city center and Boryspil International Airport.

Luke Harding of The Guardian also shared a photo of the aftermath of the explosion in Kiev.

He said that the last one took place between Poznyaki and Kharkovskaya.

US officials fear the city will fall in the next four days and the government of President Volodymyr Zelensky will be overthrown within a week.

President Zelensky previously announced that 137 people had died on the first day of heavy fighting as he vowed to remain in his country until the very end.

Shelling of Kiev with cruise or ballistic missiles continues

“They are killing people and turning peaceful cities into military targets,” he said.

“It’s dirty and will never be forgiven.”

He also accused the West of abandoning his country and leaving them to fight Vladimir Putin “alone”.

On Thursday, a former senior U.S. intelligence official told Newsweek: “After the air and artillery runs out and the ground war really begins, I think that Kiev will fall in just a few days.

“The military might hold out a little longer, but it won’t last long.”

A source close to the Ukrainian government said they had agreed that the capital would be surrounded within the next four days, but said the government would not collapse.

According to the Ministry of Internal Affairs, about 10,000 machine guns were handed over to civilians in Kiev to fight the invaders.