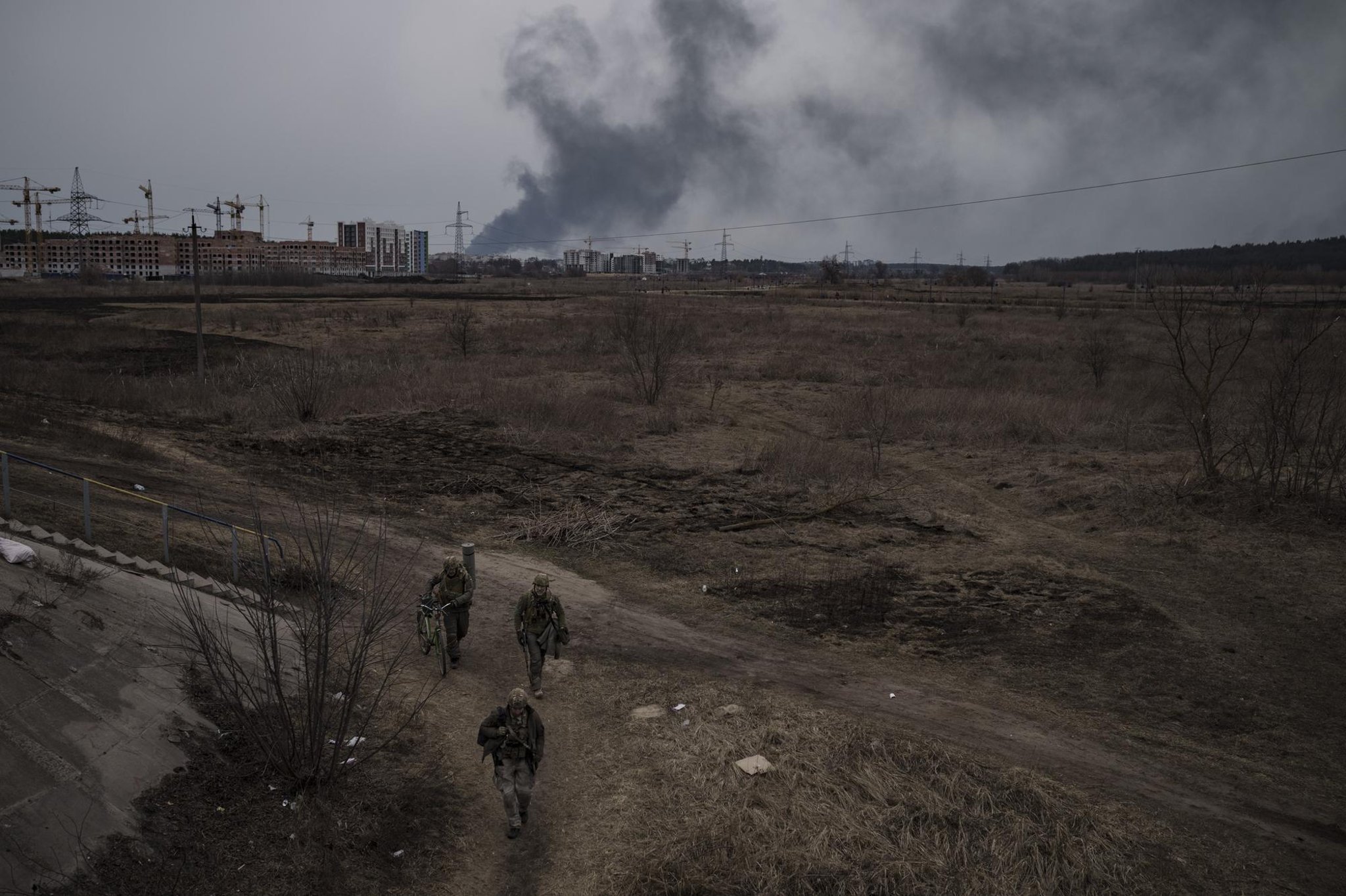 As the war in Ukraine continues, the UK has discovered that the Russian paramilitary group Wagner Group is among 65 new organizations and oligarchs sanctioned for ties to Vladimir Putin and attacks on Ukraine.

The sanctions came amid increased international concern about the possibility of Russian forces using chemical weapons in Ukraine, with more than 100,000 people stranded in the city of Mariupol due to “constant bombardments,” according to Ukrainian President Volodymyr Zelensky.

Ukrainian conflict: the large Russian ship “Orsk” was destroyed by the Ukrainian military…

The Wagner Group is an organization of groups and companies allegedly involved in Russian operations in Ukraine, and mercenaries associated with the group were reportedly sent to Ukraine to assassinate President Zelensky.

Here’s what you need to know about the Wagner Group, who they are, and the British sanctions against the paramilitary organization.

Who is the Wagner Group?

According to the Center for Strategic and International Studies (CSIS), a US think tank, the Wagner Group is a Russian private military organization and network of companies, mercenaries and military personnel known to play a role in conflicts on behalf of Russia.

First discovered in 2014 during Russia’s illegal annexation of Crimea, the group has featured in Russian military operations as an expanded, semi-independent branch of its military.

The mercenary group is believed to have over 6,000 members, but according to CSIS and international private law experts, the group is not registered in Russia or any other country, meaning it does not legally exist as a unit.

But its existence as a private military company that has previously operated alongside Russian operations in Syria, Sudan and the Central African Republic is said to allow President Putin to expand military operations with an indirect, arm’s length approach.

Russian oligarch Yevgeny Prigozhin, who has close ties to Putin and allegedly runs a large Russian troll farm, is believed to be the owner of the Wagner group but denies any involvement in the military organization.

Is the Wagner Group active in Ukraine?

Up to 400 mercenaries linked to the Wagner group were sent to the Ukrainian capital Kyiv to assassinate President Zelensky, according to The Times, and possibly thousands more went to Ukraine after tensions escalated in January.

In response to the threat posed by Wagner mercenaries to the Ukrainian leader, the government imposed a strict 36-hour curfew in the capital on February 26, warning that anyone seen as a potential threat would be “eliminated” by the military.

Ukrainian officials have previously said that mercenaries from the Wagner group are active in the Donbass, in particular in the Russian-occupied territories of Lugansk and Donetsk.

Why did the UK impose sanctions on the Wagner Group?

Boris Johnson hit the paramilitary Wagner Group, believed to be Vladimir Putin’s private army, over new sanctions when he called on allies to “step up” support against the Kremlin’s invasion of Ukraine.

The prime minister is using an emergency NATO summit in Brussels on Thursday to pass a new package that includes another 6,000 missiles for Ukraine and to insist that the Russian president not use his gold reserves.

Johnson will be joined by world leaders, including US President Joe Biden, as Ukrainian President Volodymyr Zelensky called for worldwide demonstrations to commemorate the month since the Russian attack began.

Mr. Zelenskiy will speak remotely at a meeting that is expected to decide on the formation of four new battle groups in Eastern Europe, with the addition of thousands more troops.

Speaking to broadcasters after landing in the Belgian capital, Mr. Johnson said: “Vladimir Putin is clearly determined to redouble his efforts on his path of violence and aggression.”

“We need to tighten the economic vicious circle around Putin by sanctioning more people like we did, by sanctioning the Wagner Group, by seeing what we can do to keep Putin from using his gold reserves, and by doing more to help Ukrainians.” protect ourselves.”

The Foreign Ministry said it had imposed sanctions on 65 more businesses and individuals, including Russian billionaire Yevgeny Shvidler and Galina Danilchenko, who were appointed by Moscow as mayor of occupied Melitopol in southeastern Ukraine.

The Wagner Group plans to kill Mr. Zelenskiy as his forces continue to put up much stronger resistance than many expected, it has been warned.

Western officials expected at this stage of the war to support the Ukrainian insurgency rather than the national army, which is holding out.

Mr. Johnson said: “We are actually moving from a resistance support program to supporting the Ukrainian defense of our own country.”

Calling him “one of the most prominent military leaders of recent times,” Johnson said Zelenskiy wants tougher sanctions on the Putin regime and “very specific defensive military support” for his military.

“And that’s what we’re determined to deliver,” Mr. Johnson said.

Foreign Secretary Liz Truss, who traveled with Johnson, said: “These oligarchs, businessmen and hired thugs are involved in the killing of innocent civilians, and it is only right that they pay the price.

“Putin should have no illusions – we stand with our allies and will continue to tighten the screws on the Russian economy to ensure his failure in Ukraine. There will be no relief.”