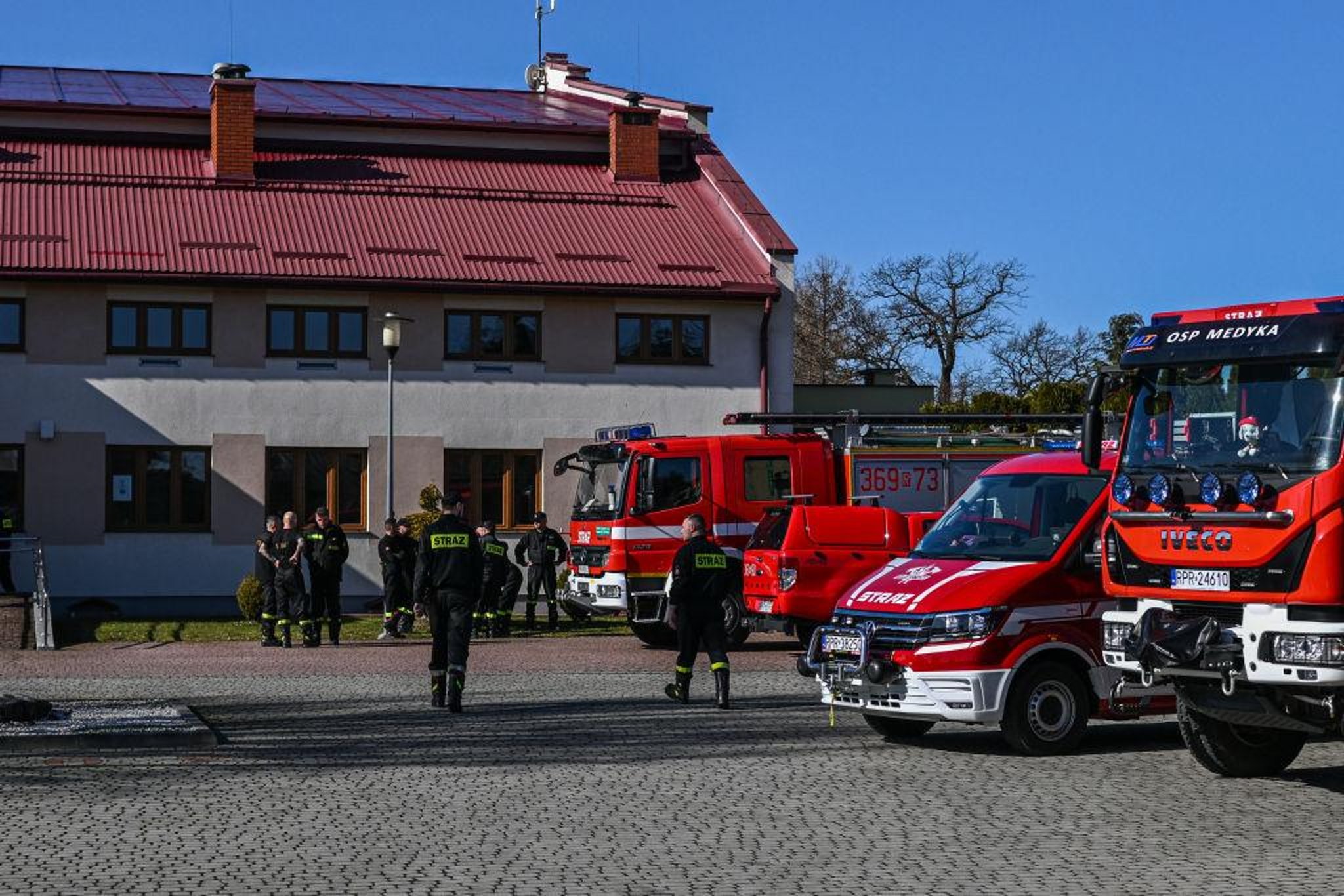 Countries neighboring Ukraine, where Russian forces launched an offensive early Thursday morning, are bracing for an influx of refugees fleeing the conflict.

Cars were reportedly queuing at Ukraine’s border with Moldova, where President Maia Sandu called a meeting of the Committee of Emergency Situations to decide on a series of measures to manage the humanitarian aspect of the crisis.

Fire engines are parked in front of a sports hall chosen to serve as a refugee center in the event of a huge influx of refugees from Ukraine on February 24, 2022 in Medyka, Poland. Overnight, Russia launched a large-scale attack on Ukraine, with bombings reported in several cities and far beyond the restive eastern regions held by Russian-backed rebels.

He said: “We are seriously concerned about the rapidly deteriorating situation and ongoing hostilities in Ukraine. The humanitarian consequences for the civilian population will be devastating. There are no winners in a war, but countless lives will be torn apart.

“We have already seen reports of victims and people who have started to leave their homes in search of safety. Civilian lives and civilian infrastructure must be protected and guarded at all times in accordance with international humanitarian law.”

Read more: Russian-Ukrainian conflict: Scot in Ukraine plans to flee as he…

Mr Grandi said the UN has stepped up its activities and capabilities in Ukraine and neighboring countries and is calling on governments to keep borders open for those seeking safety and protection.

Poland’s deputy interior minister, Maciej Wasik, said the country was preparing for a “wave” of refugees. Local authorities in Poland were ordered to identify buildings that could be used as housing for refugees.

He said: “We have to be ready for a wave of up to a million people.”